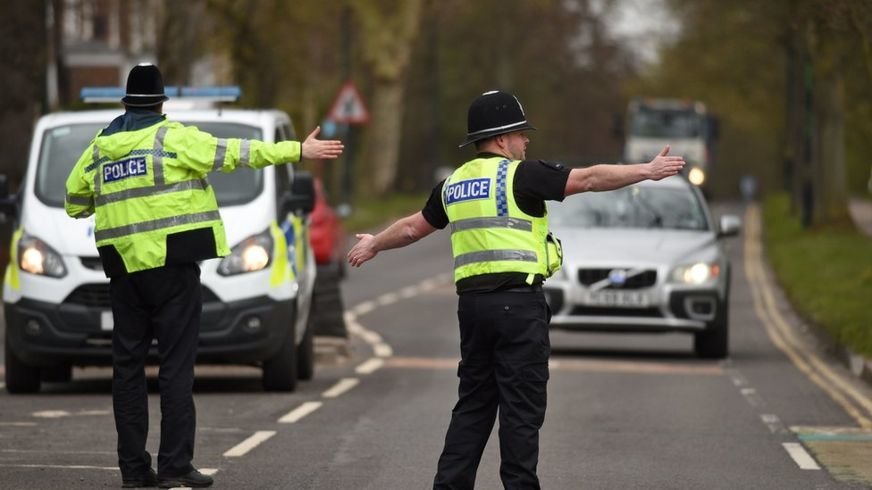 People are heeding the advice to stay at home to keep pressure off the NHS, and there are early signs that it is working, the UK's chief scientific adviser has said.

Transmission of coronavirus in the community is thought to be decreasing, which could mean fewer infections.

Hospital admissions data suggests cases are not rising as fast as feared.

There are currently 9,000 people in hospitals in England with coronavirus, up from 6,000 on Friday.

This amounts to about one in ten of all hospital beds in the country.

The latest number of deaths announced in the UK of people with the virus has reached 1,408.

The deaths include a further 159 people in England, six in Scotland, 14 in Wales and one in Northern Ireland.

Sir Patrick said the NHS was seeing around an additional 1,000 patients a day and described this daily rise as "stable".

"That shows that it's going up not in an increasing amount but in a constant amount, which may suggest that we're already beginning to see some effect," he said.

After the daily number of deaths fell for the second day, he also cautioned against paying "too much attention" to day-to-day fluctuations in figures, explaining "we need to look over time and see what's happening".

Of the 1,000-a-day rise in hospital patients, he told reporters at the daily briefing: "I do expect that number to continue. I expect people coming every day to be about that, it may go up a little bit.

"And in two or three weeks you would expect that to stabilise and to start to go down a bit."

He said the figures suggested the UK was "not on a fast acceleration" - but warned that "we expect this to get worse" over the next couple of weeks because of the "lag" in social distancing measures taking effect.

He said it was "premature" to put a timescale on how long social distancing measures would need to be in place.

He said instead the focus needed to be on making sure hospital admissions were not accelerating above a level that the NHS could cope with.

Among those who have died was 55-year-old ear, nose and throat consultant Amged El-Hawrani who died at Queen's Hospital Burton.

His death follows that of an organ transplant consultant last week, who became the first working NHS surgeon to die after testing positive for the virus.

Mr El-Hawrani's brother paid tribute to him on Monday as a hero - "just like every doctor and every nurse and anyone working at the NHS".

He added that his brother "would have been heavily exposed" to the virus.

"He worked so hard, both private and NHS, at many hospitals. He saw hundreds and hundreds of patients. We don't know how many patients he was exposed to."

A blip or a glimmer of hope?

There is a glimmer of hope in these figures: had deaths continued to grow at that recent daily rate of roughly a third a day, we might have expected to see 350 new deaths on Sunday and 450 today.

But we shouldn't get carried away too soon: last week's Sunday-into-Monday figures also showed slight dips on the previous Saturday.

But by Tuesday, they resumed the upward march.


It's still too soon to know whether this is a real ray of hope, a blip caused by different working practices at the weekend or some mixture of the two.

Special hospitals are being set up in Birmingham, Manchester, Glasgow, Cardiff and London, where a new Nightingale hospital with 4,000 to 5,000 beds has been set up at the ExCel Centre. It will start receiving its first patients this week.

Around one in four doctors are off work at the moment either with symptoms or isolating because family members have symptoms, the head of the Royal College of Physicians estimated.

BBC health editor Hugh Pym said: "You talk to people on the front line and there is intense pressure. Staffing is a problem... they say it's very, very difficult, particularly in London. The situation for staffing is getting worse in Birmingham, and as one source put it - normal wards are turning into Covid wards.

"So you can build new hospitals, bring back volunteers - people who've retired, nurses and doctors, and so on - but staffing them, I think, is going to be an issue."

In other developments, the Foreign Secretary Dominic Raab has announced measures to help Britons stranded abroad.

Airlines including BA, Virgin and easyJet will work with the government to help fly tens of thousands of Britons back to the UK. Mr Raab said the Foreign Office has also set aside £75m to charter special flights where commercial ones are unavailable.

Elsewhere, Clarence House confirmed the Prince of Wales is now out of self-isolation, following his diagnosis of coronavirus last week. A palace official said Prince Charles, 71, was in good health.

'Get through the crisis together'

In a video posted online on Sunday, Prime Minister Boris Johnson said the public appeared to be obeying the restrictions set out by government to slow the spread of the virus, adding that train use was down 95% and bus use down 75%.

The prime minister also confirmed 20,000 former NHS staff have returned to work to help deal with the coronavirus outbreak, adding the country would get through the crisis "together".

In pictures: Daily life with the coronavirus

Mr Johnson - who became the first world leader to announce he had the virus - has continued to lead the country's response to the pandemic, carrying out meetings over video link while self-isolating in his Downing Street flat.

On Monday, a No 10 source confirmed that his chief adviser Dominic Cummings had developed symptoms of the virus and was self-isolating at home.


Pharmaceutical company Johnson and Johnson hopes to start coronavirus vaccine trials in humans by September
Police in Scotland issued 25 fines over the weekend to people breaking the coronavirus restrictions, such as businesses that were still open. The force also said it received a significant number of calls including from people reporting others who were breaking rules
Meanwhile, thousands of airline staff from EasyJet and Virgin are being offered work in the new NHS Nightingale Hospital. The chief nursing officer for England, Ruth May, said around 100 cabin crew have expressed an interest
The UK's main internet providers have agreed to remove data caps on fixed-line broadband during the coronavirus pandemic
A rapid response unit within the Cabinet Office is working with social media firms to remove misinformation about coronavirus
Convenience stores selling Easter eggs are facing interference from "heavy-handed" officials suggesting chocolate eggs are non-essential, a trade body says
In South Korea, there are calls to deport a British man in his 30s, who broke quarantine guidelines and may have spread the virus while travelling through the country. Instead of spending 14 days in self-isolation after arriving, he visited four different cities and later tested positive