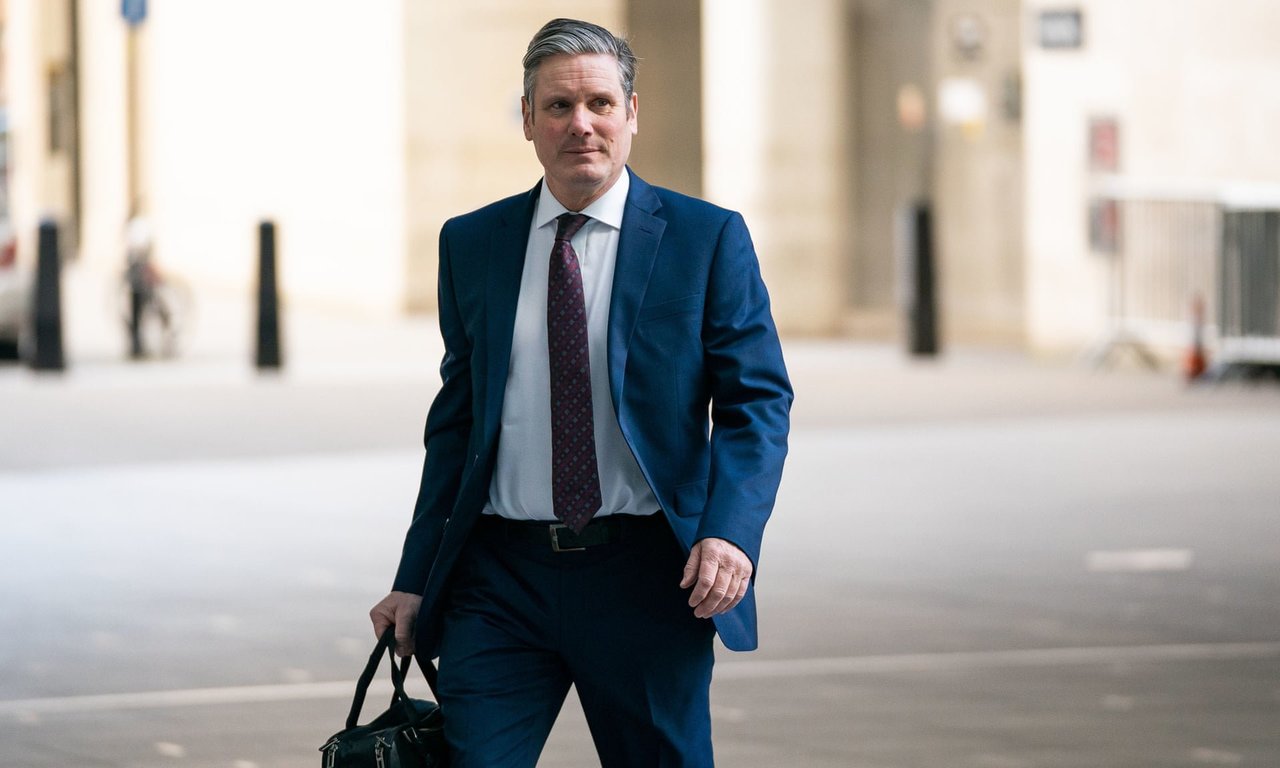 The government faces a chorus of cross-party calls on Sunday for the urgent recall of parliament in “virtual” form as MPs and peers demand the right to hold ministers to account over the escalating coronavirus crisis.
The demands from leaders of all main opposition parties, as well as senior Tories, came after the death toll from Covid-19 in the UK approached 10,000. Deaths from the virus rose by 917 on Saturday compared with Friday to a total of 9,875.

Fronting the daily Covid-19 briefing for the first time, the home secretary, Priti Patel, said the figures showed the “devastating impact of this virus”.

Although there was a slight drop in numbers between Friday and Saturday, experts warned that the coming week could see a significant jump.

“This is Easter weekend, and that will have affected numbers of reports of deaths,” said David Spielgelhalter, a Cambridge University statistician.

“I would expect there will be a catch-up this week and a massive spike in numbers of daily deaths being reported on Wednesday or Thursday. Only in the following days will we see if we are reaching a plateau in deaths.”

In her first-ever Easter audio message to the nation, the Queen on Saturday urged people to have hope and look forward to better times, with the words: “We know that coronavirus will not overcome us.”

But with concerns growing that the peak may be some way off, and questions mounting over the government’s handling of the pandemic while the prime minister, Boris Johnson, remains in hospital, the Labour leader, Keir Starmer, said parliament had to be recalled as soon as possible.

In a letter to the Leader of the Commons, Jacob Rees-Mogg, in which he demands urgent talks with the Speaker, Lindsay Hoyle, Starmer said there was “no substitute for parliamentary scrutiny” particularly “at this time of national crisis”.

“The best decisions are those that are challenged and subject to scrutiny. And by that process issues can be resolved, mistakes quickly rectified and individual concerns addressed. That will help save lives and protect our country. But if parliament is not sitting or functioning effectively that cannot happen.”

All parliamentary business was suspended on 25 March because of fears that MPs would contract the virus while working in close proximity. There was also concern that they would spread Covid-19 when returning to their constituencies.

While the parliamentary website says MPs will return to Westminster on 21 April, few believe there is any chance of this happening. But no alternative arrangements for virtual sessions have been announced.

One senior Labour source said: “I don’t think this government wants parliament to return as it will allow MPs to focus on ways they are messing things up. That’s why they like daily press conferences. They give them a chance to control everything.”

Patel said discussions were taking place over how parliament would resume and function. However, she insisted all focus was currently on dealing with the pandemic. “I think at this particular time, we have to focus the resources of government, all our energies, every single sinew of government, focusing on saving lives and dealing with this awful disease.”

The SNP leader at Westminster, Ian Blackford, said it was essential that parliament returned to work in a virtual form this week. This should include a virtual “question time” with whoever was standing in for Johnson, using a similar model to the video questions session with Nicola Sturgeon in the Scottish parliament.

Blackford said he found it astonishing that he had yet to be asked to a confidential briefing on privy council terms by Downing Street. He also revealed that he had written to the chancellor, Rishi Sunak, more than two weeks ago raising concerns about whether money would get to the most needy but had had no reply. “This is simply not acceptable,” he said.

The Tory MP David Davis, a former cabinet minister, went further saying MPs should return to Westminster in person as soon as possible and subject themselves to daily tests for Covid-19 if necessary. ”The House of Commons met when air raids were going on in the war. I think it needs to be reconstituted even if it means MPs being tested every day,” Davis said.

The acting leader of the Liberal Democrats, Ed Davey, said the lack of parliamentary scrutiny at this time was “intolerable” and could not be allowed to continue.
Advertisement

Meanwhile, the mayor of London, Sadiq Khan, whose father was a bus driver in the capital, says in an article for the Observer online that he is exploring how protective equipment could be given to London’s transport workers. By the middle of last week nine London bus drivers had died from Covid-19.

Asked to apologise for the lack of personal protective equipment, Patel said: “I’m sorry if people feel there have been failings.” She conceded that there had been “distribution issues” as a result of global demand for PPE and that there was now a “clear plan” for delivering it.

Patel also launched a public awareness campaign aimed at protecting those at risk of domestic abuse. In the West Midlands alone, it was revealed that 400 domestic abuse suspects have been arrested in the last fortnight.

As government experts continue to say the number of people with Covid-19 entering hospital is levelling off, an Opinium poll for the Observer finds support for their handling of the pandemic has grown since last week, from 52% to 61%.
Add Comment