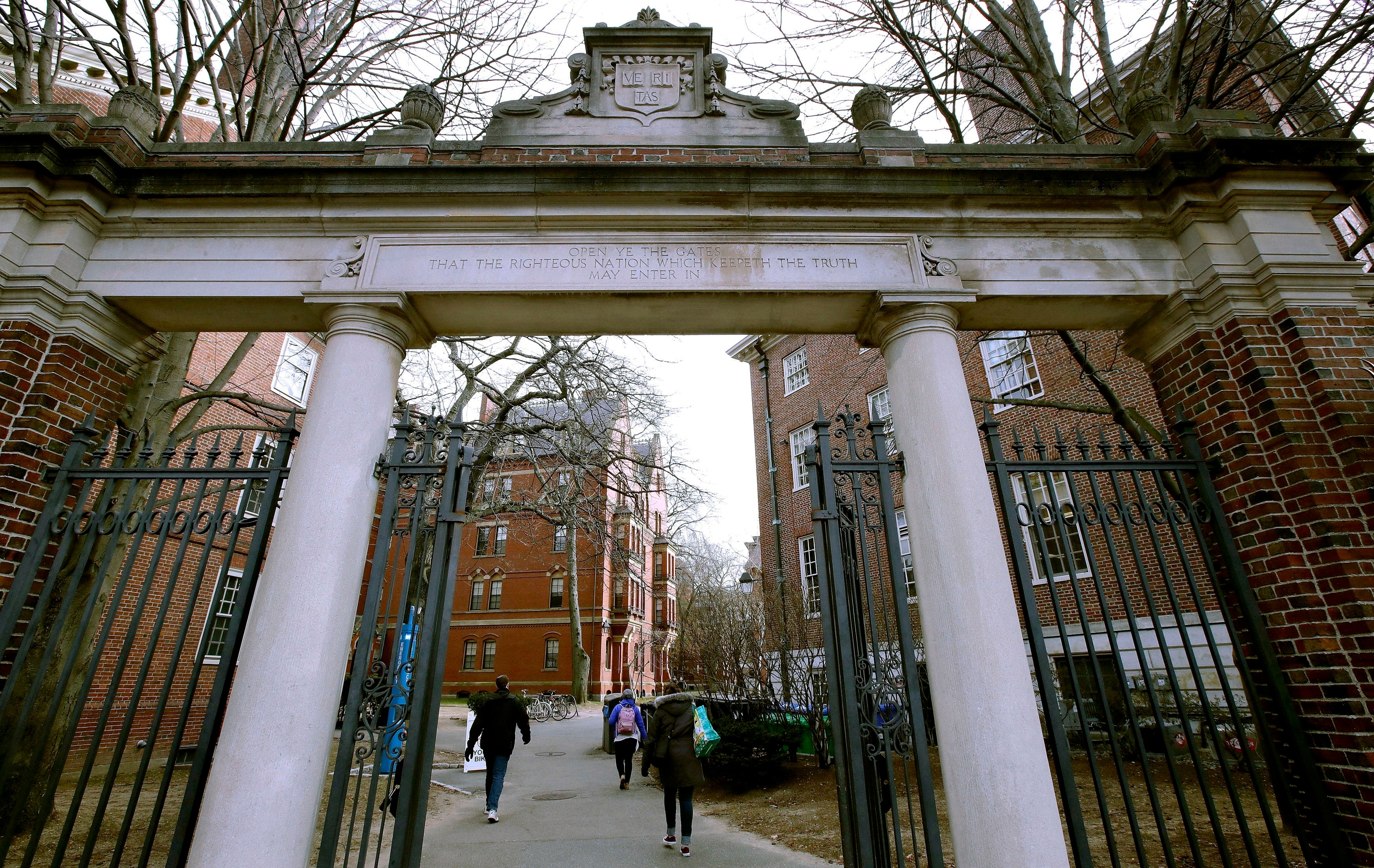 Three members of the U.S. Congress are asking six of the nation’s top universities to hand over records of donations they have accepted from certain foreign nations, including China and Russia, citing concerns that these multimillion-dollar donations present a growing national security threat.

Letters aimed at helping the members to “further understand the effects of adversarial foreign direct investments in the U.S. higher education system” were sent to the presidents of Harvard, New York University, Yale, the University of Pennsylvania, University of Chicago and University of Delaware. The letters sent this week ask the presidents to provide all records of gifts from China, Qatar, Saudi Arabia, Iran and Russia since January 2015.

The letters say the federal Department of Education (DOE) “has uncovered over $6.5 billion of previously unreported foreign donations to U.S. Institutes of Higher Education,” and note that Section 117 of the Higher Education Act of 1965 requires colleges to disclose to DOE all contracts with and gifts from foreign sources of more than $250,000.

The U.S. Department of Education building building is seen in Washington, on July 22, 2019.

The letters were signed by the most senior Republican members of three House of Representatives committees — James Comer (Oversight and Reform), Jim Jordan (Judiciary) and Virginia Foxx (Education and Labor).

The letters ask for the documents to be provided no later than Aug. 10. However, as members of the minority party in the House, the congressmen cannot compel the universities to comply.

According to the letters, Harvard University has declared 31 gifts or contracts totaling $101 million from China, Qatar, Saudi Arabia, Iran and Russia since 2015. During the same period, the University of Pennsylvania allegedly collected $62 million, New York University $40 million, while Yale and the universities of Chicago and Delaware each were said to have received less than $30 million.

In May, Department of Education General Counsel Reed Rubinstein told lawmakers in a memo that lawyers from several top-tier universities were being overly aggressive in labeling documents “confidential” and were refusing to hand over emails detailing their business relationships with China, Russia and countries in the Middle East.

“The evidence suggests massive investments of foreign money have bred dependency and distorted the decision-making, mission and values of too many institutions,” Rubinstein wrote in the memo.

In February, an Education Department investigation found that two of America’s top universities, Harvard and Yale, failed to report a total of at least $375 million in foreign gifts and contracts.

Students walk on the campus of Yale University in New Haven, Connecticut, Nov. 12, 2015.

At the same time, the department started to probe whether other universities, including Texas A&M, Cornell, MIT, Rutgers and the University of Maryland, had failed to report gifts and contracts with foreign nations.

Foreign influence at U.S. universities was already an issue. Earlier this year, Dr. Charles Lieber, a top chemistry professor at Harvard, was indicted for lying about his involvement with the Chinese government’s Thousand Talents Plan.

The University of Pennsylvania has also been criticized for its failure to explain a $3 million donation from a Hong Kong shell company owned by a Shanghai businesswoman with close ties to Chinese government officials.

Yu Ping, a Chinese law expert, told VOA there should be no valid reason for UPenn not to report the donation. “If you didn’t file a report, then there’s a problem. That means the donation probably involves some suspected programs,” he said.

The U.S. administration has become increasingly concerned with foreign governments’ influence buying and espionage operations at American universities, and the chief concern seems to be China.

In their letter to the university chiefs, the three congressmen said their greatest concern is that “some recipients alter their decision-making based on the donation received.”

Xia Ming, a professor of political science at the City University of New York, told VOA that Chinese officials need the branding from top-tier schools on their resumes, and Western universities are dependent on the donations and tuitions from foreign nationals, making these campuses vulnerable to foreign influence.

He cited a recent report by Harvard as an example.

The Ash Center for Democratic Governance and Innovation at Harvard published a report July 9 saying that Chinese citizen satisfaction with government has increased virtually across the board since 2003, when the study began.

In the latest survey conducted in 2016, “95.5% of respondents were either ‘relatively satisfied’ or ‘highly satisfied’ with Beijing,” said The Harvard Gazette, the official news outlet of Harvard University. The report noted that the satisfaction rates with local governments were lower.

“Many Harvard researchers are visiting scholars from China. They bring China’s propaganda into Western campuses and publish reports together with their American counterparts in the name of top-tier American universities,” Xia told VOA.