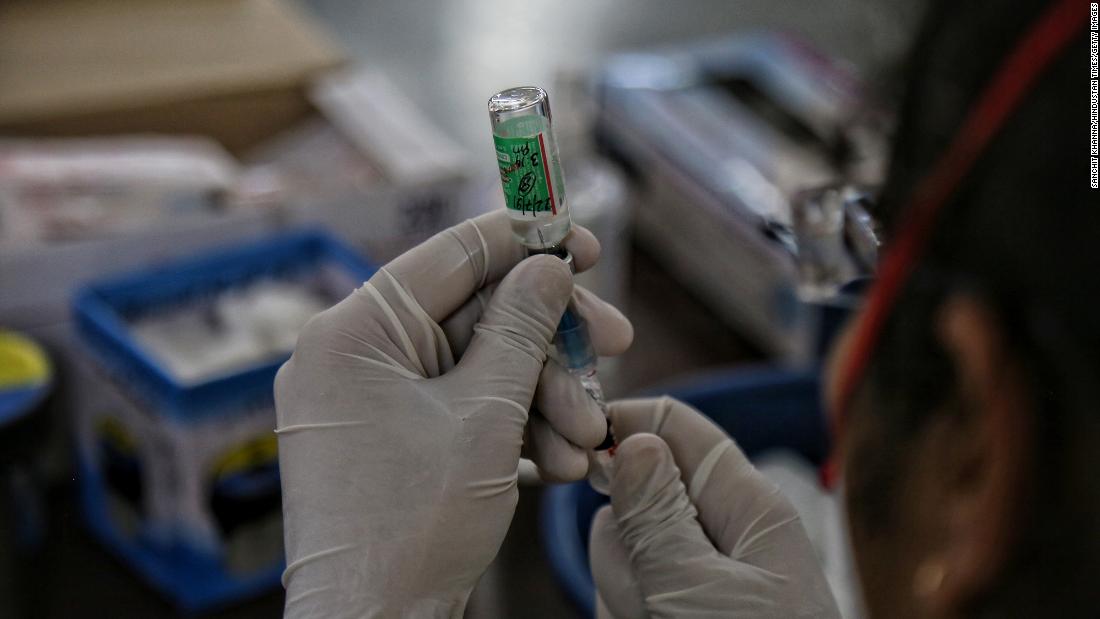 The economic outlook for rich countries is getting better while developing economies are falling behind.
That's according to the latest forecast from the International Monetary Fund. The organization on Tuesday confirmed its prediction that the global economy will expand by 6% this year. But while growth estimates for countries like the United States, the United Kingdom and Canada have improved since the IMF's previous report in April, expectations for India and countries in southeast Asia have dropped back.

The IMF said the divide largely comes down to differences in vaccination rates.

"Vaccine access has emerged as the principal fault line along which the global recovery splits into two blocs: those that can look forward to further normalization of activity later this year (almost all advanced economies) and those that will still face resurgent infections and rising Covid death tolls," the group said in its report.

Close to 40% of the population in advanced economies is fully vaccinated, according to the IMF. In emerging market economies, the vaccination rate is 11%, while low-income countries lag even further behind.

The IMF now predicts that the US economy will grow by 7% this year, 0.6 percentage points higher than in its previous forecast. The United Kingdom is also expected to expand output by 7%, an upward revision of 1.7 percentage points. The 19 countries that use the euro are set to experience 4.6% growth, a 0.2 percentage boost, while Canada is on track for 6.3% growth, a 1.3 percentage point upgrade.

Meanwhile, China is set to log growth of 8.1%, a slight downward revision amid fears that its recovery could be losing steam. Projections for economic growth in India received a sizable downgrade following a recent wave of Covid-19 infections. The country's economy is now expected to grow by 9.5% this year, compared to a 12.5% projection in April.

"Faster-than-expected vaccination rates and return to normalcy have led to upgrades, while lack of access to vaccines and renewed waves of Covid-19 cases in some countries, notably India, have led to downgrades," IMF chief economist Gita Gopinath said in a blog post.

The IMF cautioned that different levels of policy support from governments could exacerbate the split.

"We are seeing continued sizable fiscal support in advanced economies with $4.6 trillion of announced pandemic-related measures available in 2021 and beyond," Gopinath said. "On the other hand, in emerging market and developing economies most measures expired in 2020 and they are looking to rebuild fiscal buffers. Some emerging markets like Brazil, Hungary, Mexico, Russia and Turkey have also begun raising monetary policy rates to head off upward price pressures."

However, even those countries on more solid footing aren't in the clear, the IMF warned. It pointed to the risks posed by "highly infectious virus variants," as well as a shock to financial markets, particularly in the United States, if central banks pull economic support sooner than expected.
#COVID-19  #vaccine  #Covid  #Vaccines
Add Comment