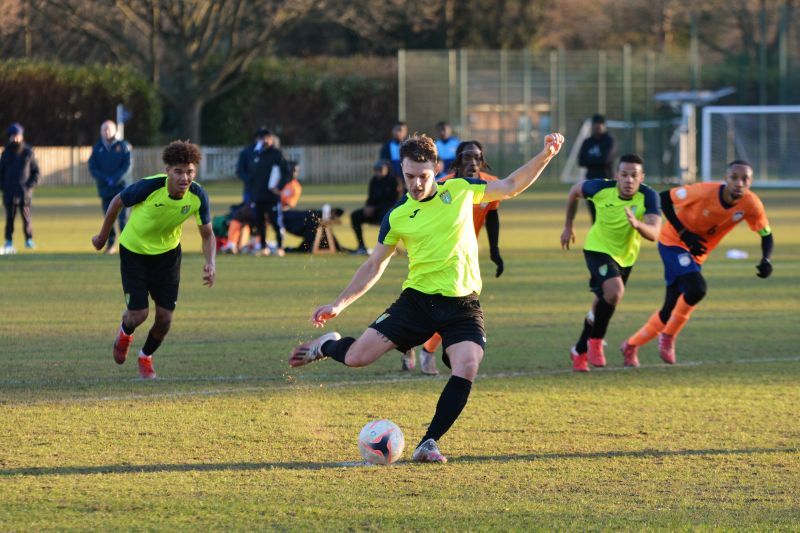 Anguilla, who have around 3,000 Nationals based in the Buckinghamshire and Berkshire area and came with a much larger squad, were given a tough battle by a younger VI team missing several players through injury and COVID-19 and were lucky to be clinging on to their lead at the end of a pulsating second half that had nonstop end to end action

Going into the break 1-0 down was harsh on the VI as the a defense that had stood firm with Ikyjah Williams especially looking good as one of three centre backs was unlucky to see Tafari Smith force the ball over the line following a goal mouth scramble as the ball was lobbed back into the box after a free kick had been semi cleared and despite the efforts of Jerry Wiltshire and Will Butler.

National Coach Chris Kiwomya delivered a half time talk that inspired the Boys, though, and the second half saw Anguilla reeling, as the youthful VI players began stringing together passes that left Anguilla with few answers. As the half wore on Stern John, Anguilla’s Coach, made several changes from a large bench, and it was a pair of fresh legs that led to the second goal, as Wiltshire’s clearance was charged down by Shemron Carty go to the VI national team and the ball deflected past Butler into the net

At 2-0 down, the response was massive from the VI though.

Tyler Forbes and brother Jake began to find space and look dangerous, Luka Chalwell pulled the midfield strings, and it seemed a goal was coming at any moment as Anguilla reeled.

Chalwell went close twice, Wiltshire playing further forward was inches away from forcing the ball over the line and then Tyler Forbes was brought down in the box and Jamie Wilson made no mistake from the penalty spot.

The VI pressed for an equaliser as time began to run out and it was Anguilla who were mightily relieved to hear the final whistle.

Overall Kiwomya was pleased with the effort if not the result.

“The character of the team and the resilience is something we have been working on. I think we should have a got a second goal in in the game and had the better chances.”

The former English Premier League player added: “I was really impressed with the second half and the chances we created, but there is still a lot of work to be done. We will go back, look at the game, see where we were good and where we weren't quite so good and keep building. We still have some players to bring into the squad and we are looking for more competition, but overall, I’m pleased with today!” 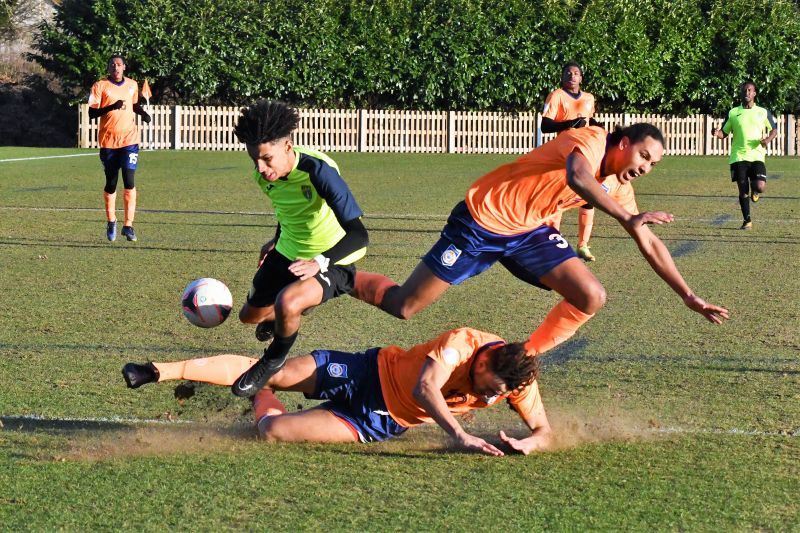 Jake Forbes in action in the warmup game between the Virgin Islands and Anguilla in the United Kingdom on January 27, 2022.