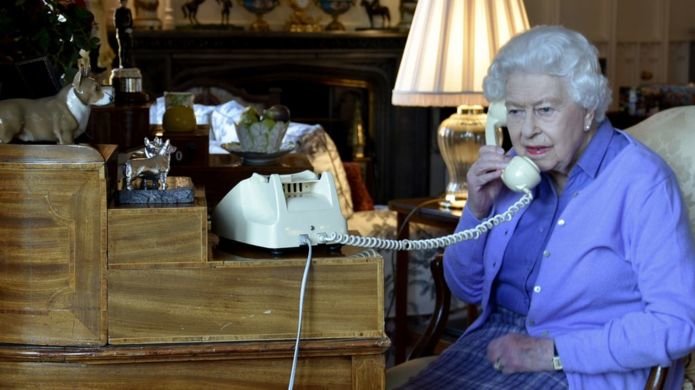 Not because there is any rule to these broadcasts. There have been four, in very different circumstances.

They are not requested by the government, the Palace discreetly corrects those who suggest that. They are made after agreement between Downing Street and Buckingham Palace.

The Royal Family has had a low profile in this period of national crisis, Palace officials are aware of that. Partly it has been of necessity - the Queen and Prince Charles are both over 70 and have had to follow government advice to self-isolate.

In a more "normal" crisis William and Kate might have been more visible. But the government's request that people avoid all but essential travel has meant that their appearance at hospitals or amongst other key workers would have sent very confusing signals

Similarly, a broadcast from the Queen in the earliest weeks of the pandemic might have got in the way of the government's urgent messaging.

There may be no rule for the timing of these broadcasts but there is a thread that binds them.

The Queen and the Royal Family have many roles: constitutional, ceremonial, the fun stuff like Garden Parties, visits to towns and cities, support for charitable causes.

But over all of it hangs one idea, to unify. To provide a rallying point of some form in a nation of startling variety.

When the nation is divided, the Queen does not speak, that is for the government and opposition to thrash out.

There was no broadcast during the Iraq War in 2003, nor during the invasion of Egypt in the Suez Crisis of 1956. Both involved the Armed Forces that serve in the Queen's name. But both saw bitter divisions in the country.

Nor, when power cuts came and went and industrial action roiled the country in the 1970s, did she speak.

Calls for unity at such times could easily be interpreted as supporting one side or another.

But the situation today is very different.

The Queen does not suffer the same challenges as those cooped up in small flats and houses, those unemployed or facing unemployment. She is in Windsor where there is more than enough space to relax.

But her son, Prince Charles, has been infected with Covid-19.

And through the state papers she receives every day, through newspapers and broadcasting, she is as aware as anyone in the land of the immense challenges that so many people face.

Do not expect her to be the National Nanny. Requests for hand washing and remaining at home will be left to the government.

Instead she will project the calm determination that she believes is part of Britain's national character. As she did when she spoke after her mother's death, she is likely to give thanks as well.

And as sovereign of a nation that enjoys its history, a look back to previous challenges is to be expected.

But mainly this message will be about unity. About coming together in a time of national struggle.

Unity is what these broadcasts are about, and what the Royal Family is meant to be for. And unity will be the message come Sunday.