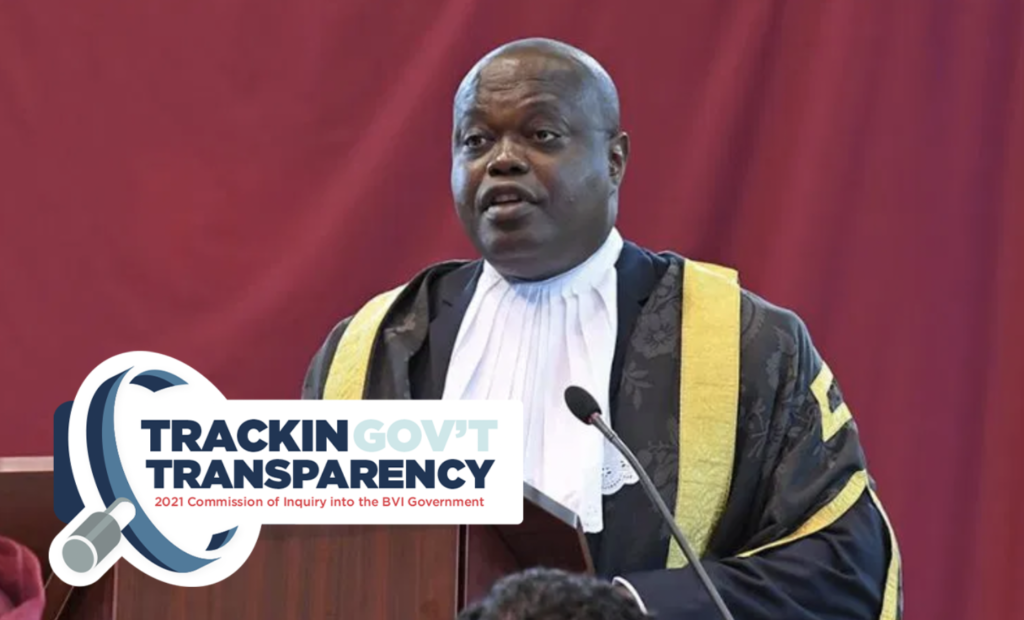 Speaker of the House of Assembly (HOA), Julian Willock has made a formal complaint to the UK Minister responsible for Overseas Territories, Dominic Raab, about the way Sir Gary Hickinbottom is conducting the ongoing Commission of Inquiry (COI).

In his letter dated July 8, Willock said he wanted to alert Raab on what he believes are serious concerns about the COI’s operations.

The Speaker told the Secretary of State that when he appeared before the COI, Hickenbottom’s approach to him as head of the HOA was extremely condescending and tantamount to ‘bullying’.

He also said the commissioner, as a visitor to the territory, has displayed a patronising attitude over elected members of the House of Assembly and others who came before the commission.

The speaker referred to Sir Gary’s treatment towards Complaints Commissioner, Erica Smith Penn whom Willock said was almost chased out of the room and denied the opportunity to raise concerns about the commission’s independence on behalf of the people of the BVI.

The Speaker told Raab in his three-page letter that Hickenbottom interrupted her at every turn with cross-talking. This, he said, contravenes the very rules of COI hearings. Willock further claimed that many people have labelled Sir Gary’s attitude towards Smith-Penn as sexist. He did not substantiate this accusation.

Willock also referred to the commissioner’s treatment Sara-Jane Knock — one of the attorneys representing the government in the COI. According to Willock, Sir Gary showed a lack of respect for women.

The Speaker also informed the Secretary of State about the a concern raised about why did Hickenbottom arrived in the BVI on the same flight with former governor, Augustus Jaspert who organised the COI. Willock further claimed that the commissioner has allegedly been seen meeting with the current governor, John Rankin.

Considering those concerns, Willock invited Raab to provide him with evidence that the BVI truly has an independent COI.

Willock also spoke of Hickinbottom’s insistence that he (Willock) breached the Register of Interests Act, even though he submitted so-called ‘additional evidence’ to prove otherwise.

The outspoken Speaker wrote that when he appeared before the COI on June 18, Sir Gary had given his Attorney Richard Rowe a bundle with missing documents. Willock further claimed that when he raised this matter with the COI, the commissioner showed little respect and simply said ‘some mistakes are more important than others’.

According to Willock, this speaks volumes about the fairness, transparency, and integrity of the COI and against Hickenbottom’s own moral principles.