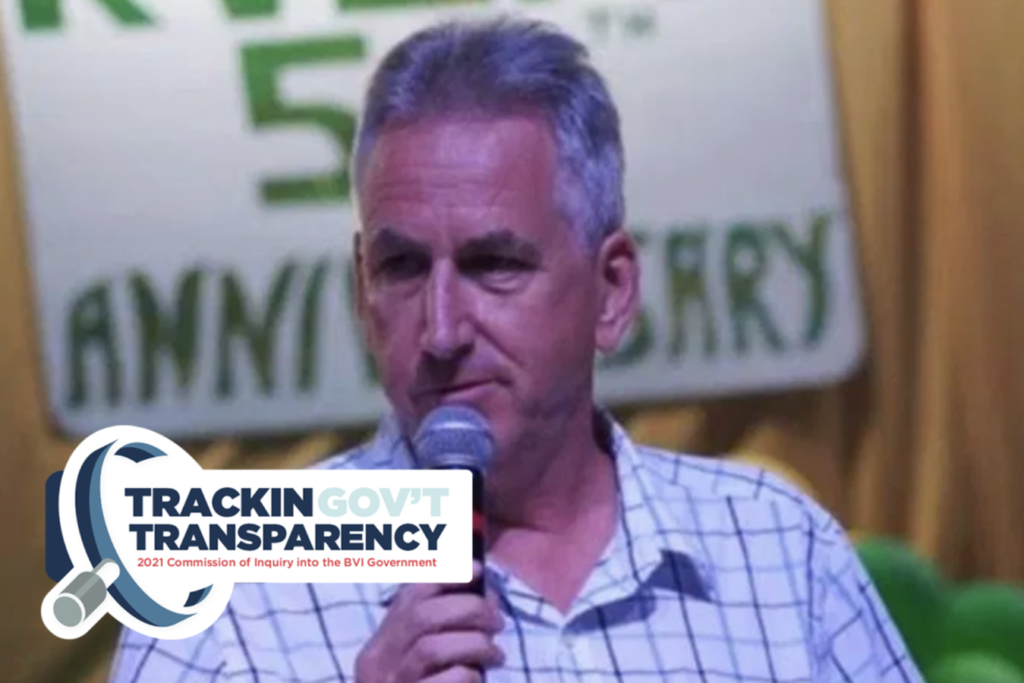 Former Police Commissioner, Michael Matthews, has lambasted House of Assembly Speaker, Julian Willock for what he termed as “pure fabrication” in a statement Willock submitted to the Commission of Inquiry (COI) recently.

The former top cop was referencing a specific section of Willock’s statement which accused him of hiring police officers after the September 2017 hurricanes, without doing the requisite background checks.

Submitting a response to the COI, Matthews said: “The Honourable Speaker asserts that ‘immediately after hurricanes Irma and Maria the Commissioner of Police hired a number of foreign nationals as police officers without doing the appropriate background checks whatsoever. In fact it is extremely likely that he would have hired persons that were well known criminals elsewhere in the region‘.”

According to Matthews, Willock’s statement was false, inaccurate and in his view, defamatory to him as the Commissioner of Police at the time.

“The statement made by the Honourable Speaker is pure fabrication, and certainly is clearly not based upon any knowledge of the subject that he seeks to use as an example. His baseless allegations are an affront to all of the hard-working officers that supported the BVI at a time of exceptional need,” Matthews said.

He continued: “To my knowledge, the Honourable Speaker was not part of the government of the BVI at that time, nor present in any meetings where security decisions were agreed, including the decision to seek assistance from external police forces.”

In refuting the claims made by Willock, Matthews said after the devastation caused by the hurricanes, widespread looting occurred and only 40 percent of the Royal Virgin Islands Police Force (RVIPF) initially reported for duty.

He noted there were also escaped prisoners on the loose and the community was exposed, vulnerable, and in need of reassurance.

“With operational responsibility for security at the time, I immediately recommended to the Governor, Mr Gus Jaspert that we invoke ‘mutual aide’ procedures from the United Kingdom to urgently increase policing resources within the territory. This was discussed and agreed with the then Premier, Dr Orlando Smith and those BVI government ministers available at the time.”

He said the UK Home Office was approached through the Foreign & Commonwealth Office (FCO) and an agreement reached with National Police Chiefs Council to provide unarmed uniformed officers to supplement the RVIPF.

He told the COI that all UK officers are vetted on appointment, and every officer deployed was selected by their respective Chief Constable. All 43 officers sent were experienced serving UK police officers, Matthews added.

According to the now retired Police Chief, it was determined by the Home Office that armed support could not be made available via UK forces.

Because of the shortage of armed capability, Matthews said the BVI requested support from other UK Overseas Territories.

He insisted that the armed officers deployed from the other UK Overseas Territories were existing, highly trained specialist officers with many years’ experience.

Matthews stated: “I am aware that both Bermuda and Cayman forces have vetting procedures in place as part of their normal recruitment policies as well as additional vetting requirements for firearms officers.”

At no time, the former top cop said, were any of the officers deployed operating independently, or under any other command arrangement than his command and that of the RVIPF.

“It would simply have been reckless and irresponsible to attempt to supplement policing and security with anyone else other than existing serving, officers from other affiliated jurisdictions. Even in an extreme crisis, as this was, where rapid response and decision making was necessary, all due diligence was undertaken to ensure the safety and security of the residents of the British Virgin Islands,” Matthews added.