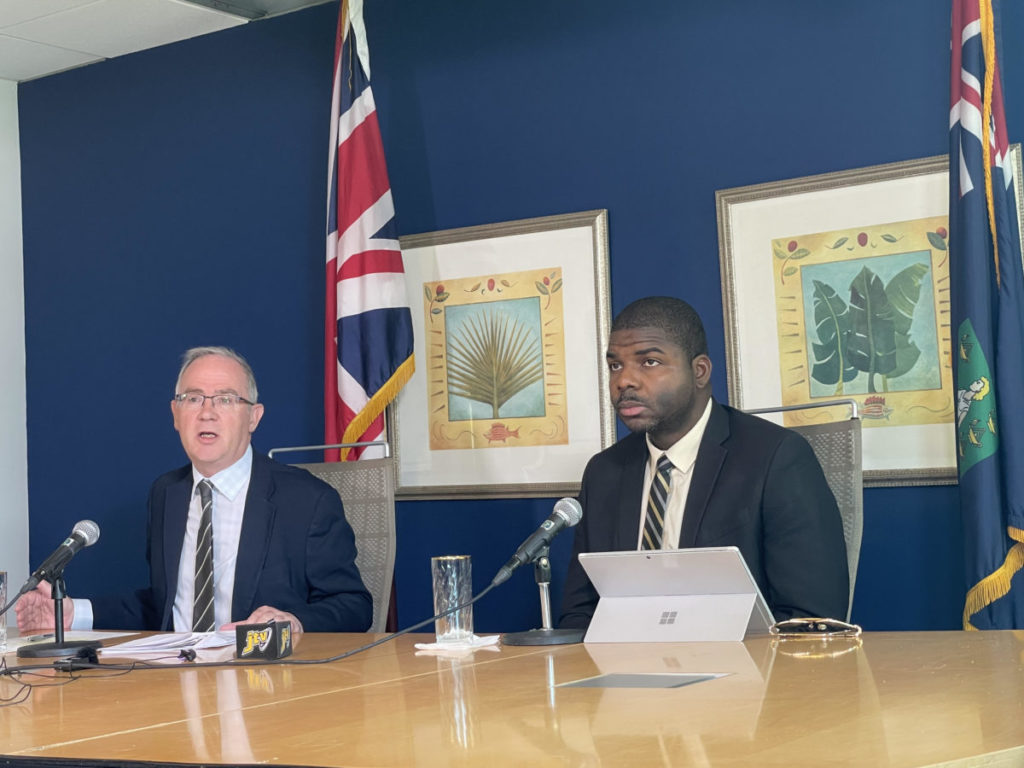 The 16 commissioners of the Constitutional Review Commission have been named and approved by Cabinet despite staunch opposition by some government members regarding two of the three persons nominated by the Governor.

The Premier said he would not name the two members Cabinet opposed but he said the reasons behind the opposition were that the members were nominated by Governor John Rankin and some Cabinet members believed they did not represent the best interest of Virgin Islanders.

Nonetheless, Dr Wheatley said the proposed framework the government agreed to indicated the Governor and the Premier would have joint powers in reconsidering members of the Commission Review Committee as opposed to the Governor having sole authority as recommended by the Commission of Inquiry (COI) report.

“Now, I am pleased that most of the committee that was in place remains intact. That certainly is a victory as they are persons of quality. We have been able to add other persons of quality. Now there are persons who have very passionate views that the Governor should not be involved in the process. We made those very strong representations in Cabinet over several days, and we did not reach an agreement until late last night,” Dr Wheatley said.

“The concerns of the people who have raised objections are valid and must be respected but, in the end, given the fact that the Governor and the Premier had to agree and for us not to be at a stalemate, it was important for us to move forward. We believe the persons in place on the committee can get the job done and certainly while many persons are not pleased and are not happy, it does not mean we cannot accomplish the goal that we have set out to accomplish,” the Premier added.

“Very strong statements were made regarding the two persons. I won’t repeat those because I am very careful about how we characterise people especially if they do not have the opportunity to defend themselves. So, I’ll just let it be known that persons had very strong feelings about the fact that they were nominees by the Governor but also, they believe they behaved in various settings and how persons believe they regarded Virgin Islanders,” the Premier said.

“I don’t personally know the persons; I can only bring to the Governor’s attention what persons have said and as the framework has stated and we have agreed to. The Premier and the Governor must agree, and the Governor of course was quite satisfied with his picks and even though many people didn’t disagree with it, we had to find a way forward,” he continued.

Meanwhile, Governor Rankin said he was satisfied that all the people on the committee, including those he nominated, are honourable individuals who can contribute to the diversity of the committee. He added he believes they will be experienced in their deliberations.

“I have no evidence to suggest they would do anything to the country and of course as it happens, all the members of the committee are Belongers of the BVI,” Rankin said.

When asked if he was disregarding the people’s view by approving the two members that had opposition to their appointment, the Governor noted he was happy to accept all members put forward by the government.

“I was happy to accept thirteen of those, I don’t believe that my making of some additional suggestions suggests a high-handed approach by the governor. I believe these people will contribute constructively to the debate. I believe it is very important that the commission represents the people of the Virgin Islands on a whole and believe that the committee that has been agreed to will do so,” Rankin said.