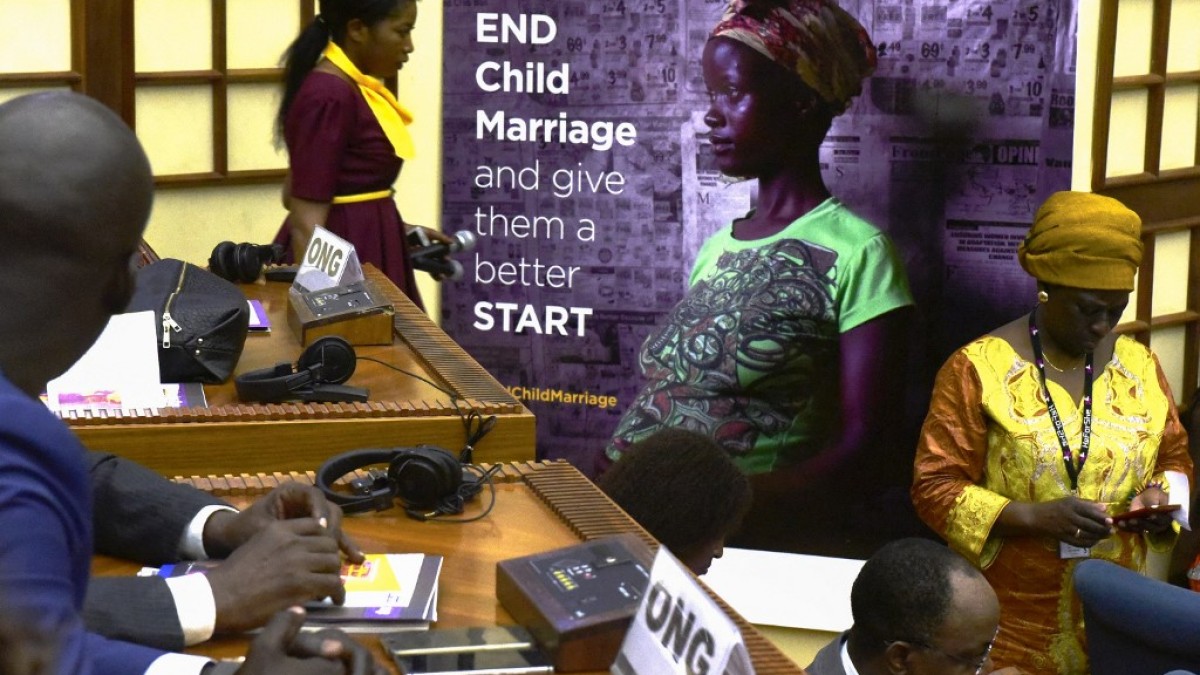 The number of people trapped in forced labour or forced marriage and other crises has swelled by a fifth in recent years to about 50 million on any given day, the United Nations’ International Labour Organization (ILO) said on Monday.

The study by the UN agencies for labour and migration along with the Walk Free Foundation found that at the end of last year, more than half of those had been forced to work against their will and the rest forced into marriage, the ILO said.

That means nearly one out of every 150 people in the world are caught up in modern forms of slavery, the report said.

Both came under its definition of modern slavery as they involved people who “cannot refuse or cannot leave because of threats, violence, deception, abuse of power or other forms of coercion”, it added.

The UN had set a goal to eradicate all forms of modern slavery by 2030, but the number of people caught up in forced labour or forced marriage ballooned by 10 million between 2016 and 2021, according to a new report.

The situation had been exacerbated by the COVID-19 pandemic, which worsened conditions and swelled debt levels for many workers, as well as armed conflicts and climate change, leaving people in extreme poverty and forcing more to migrate, the agency said. 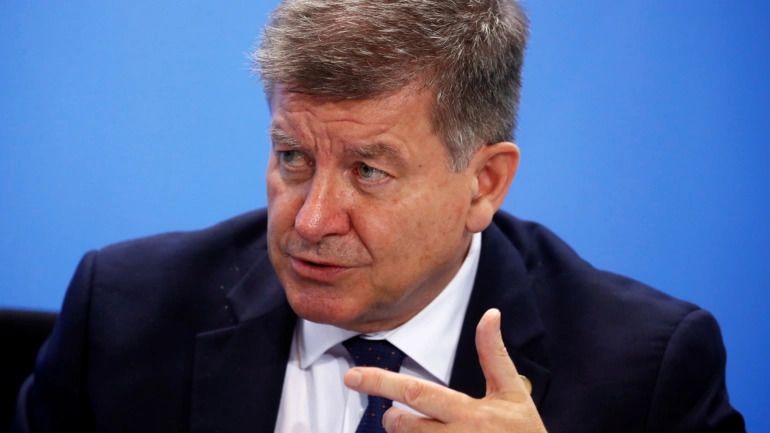 “I think, by and large, that we simply relaxed our efforts. We’ve taken our eye off the ball when it comes to forced labour,” ILO Director General Guy Ryder told the Reuters news agency, calling for improvements in recruitment practices and labour inspections.

He said trade measures, such as a ban on products and imports made with forced labour currently under review by the European Union, could also help.

Modern slavery is present in basically every country, with more than half of cases of forced labour and a quarter of forced marriages in upper-middle-income or high-income countries. 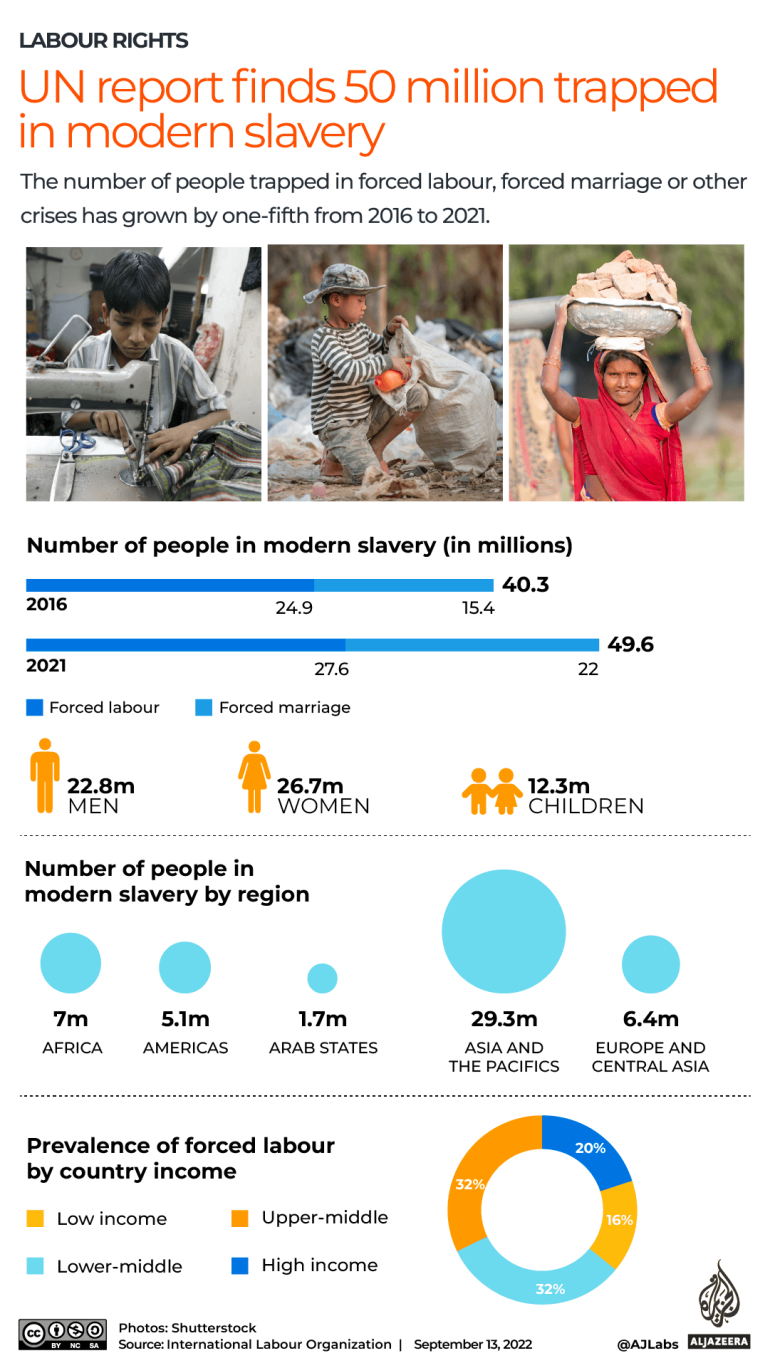 “It would be a mistake to believe that forced labour is solely the problem of poor countries,” Ryder told the AFP news agency.

Migrant workers are more than three times as likely as locals to be affected, the ILO said.

The ILO also said women and children are by far the most vulnerable. Children account for one out of five people in forced labour, with more than half of them stuck in commercial sexual exploitation, the report explained.

But the report also said 14 percent of those in forced labour were doing jobs imposed by state authorities, voicing concern about the abuse of compulsory prison labour in many countries, including the United States.

It also pointed to grave concerns raised by the UN rights office about “credible accounts of forced labour under exceptionally harsh conditions” in North Korea.

And it highlighted the situation in China, pointing to concern about accusations of forced labour in parts of the country.

It referred to a report released by the UN’s rights office on August 31 that said “serious human rights violations” had been committed in China and that the detention of Uighurs and other Muslims in Xinjiang may constitute crimes against humanity.

This means “they will start to report on the situation of the Uighurs, and that will give us new opportunities to have access and to go deeper into the situation in that regard”, Ryder told AFP.

He acknowledged that the discussion about labour rights in Xinjiang was “not an easy conversation … but obviously, it’s a very important one”.