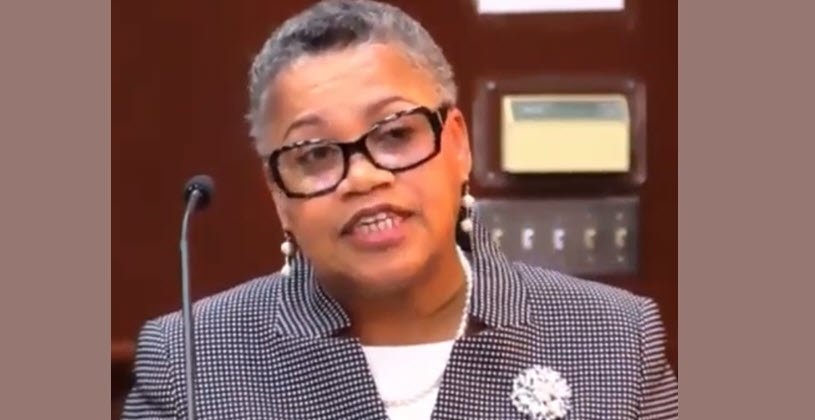 All Cases Can’t Get The Same Sentence, says Chief Justice. Why not? Heh... no real reason.

As the Eastern Caribbean Supreme Court (ECSC) launched its sentencing guidelines for judges and magistrates within the Organization of Eastern Caribbean States (OECS), Her Ladyship the Hon. Dame Janice Pereira, Chief Justice of the ECSC announced that the public should not expect that all sentences will be the same. Why not? Hmmm... I guess that all the rich criminals who are paying for more expensive lawyers will not get the same punishment as the poor people who have no money to pay for well-connected lawyers and their food chain. This is against the justice system business model...

The road to hell is paved with good intentions

The guidelines were created by the Sentencing Advisory Committee (SAC), that was made up of Chief Justice Pereira as the President and jointly chaired by Her Ladyship Madam Justice Gertel Thom, Justice of Appeal, and His Lordship Mr. Justice Iain Morley, High Court Judge.

The intention of this guideline is good and important. A unified sentencing system is definitely needed in the justice-jungle that is predictable as a casino.

But Judges do not have to follow this guideline, or any other, and there are no punishments or sanctions against a Judge who will rule against it. So it sounds good, but is not really effective, as criminals with expensive lawyers can always find a smooth way to buy their way out before the court case is even open. And if they fail to buy their freedom with the prosecution up-front, they will still manage  “somehow" to earn the judge’s sympathy. Poor defenders remain disadvantaged as always, even when they are not guilty at all but lack the resources to convince the court that they are innocent. The resent examples of well known corruption involve cases such as Jeffrey Epstein (and all his many VIP accomplices), Michael Jackson and O J Simpson. What is more amazing is that somehow, despite all the crimes famously committed against millions of customers, not even one banker in USA -and only one in UK- ever ended up in jail. These are just some notorious examples of a very systematic and corrupted "justice" system, where white police who shoot innocent black kids will never go to jail, but a poor black mother who 3 times steals food for her kids to survive, will get a ... life time in jail. Yes, this is in USA and not in the Caribbean, but is there really a differences between the two core systems and the way "Justice" depends on money more than anything else?

During the launch on September 17, it was noted that the SAC worked for two years in order to create the guidelines for five offences. These offences include drug offences, two offences of deception and two sexual offences.

In her feature address which was simulcasted to the courts of the OECS, Justice Pereira stressed that all cases are not the same, so the sentencing cannot be one size fits all. The Chief Justice said that guidelines are meant to advise.

“It is to inform uniformity, consistency of approach. Why can it not be uniformity in sentences--there is no one case that is exactly the same. That’s the simple reason,” Justice Pereira explained.

“I want to make clear that the guidelines are not intended and do not replace the exercise of a sentencing officer’s discretion. Rather, what is required and what is expected is that sentences will follow the guidelines published for an offence, unless to do so would not be in the interest of justice,” the Chief Justice added.

In his remarks, co-chair of the SAC, Justice Morley mentioned that more guidelines will be launched in the new year.

“There is further work to do. The sentencing guidelines will be under constant review and adaptation, and for Easter we hope to have added up to 10 further sentencing guidelines on murder, attempted murder, manslaughter, grievous bodily harm with and without intent, actual bodily harm, burglary, fraud, corruption, incest and indecent assault and serious indecency,” he said.

The five guidelines are expected to take effect from October 1.

As said above, this outcome will have no real effect. But it is indeed an important correction made in good intentions and accomplished by the Sentencing Advisory Committee (SAC), a team of decent people who are trying to fix one small flaw among the many parts that are so broken in the justice system. The public should appreciate this fix. It's better then doing nothing.