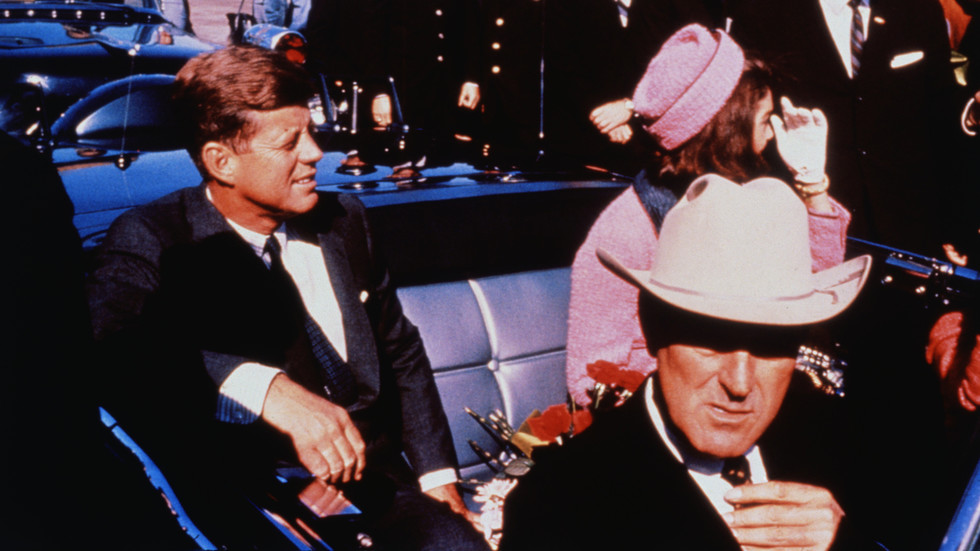 The 1963 killing of the iconic US president has been pored over many times. But one man thinks the ‘truth’ is in plain sight

The 1963 killing of the iconic US president has been pored over many times. But one man thinks the ‘truth’ is in plain sight

Dr. Cyril Wecht is no nonsense, blunt and doesn’t shirk voicing an opinion. When I spoke to him about his new book, ‘The JFK Assassination Dissected,’ I was forewarned that, despite being a nonagerian, he’s still a formidable presence.

The veteran forensic pathologist turns 91 next month, yet continues to work solidly out of his Pittsburgh office. He’s performed 21,000 autopsies and been consulted on more than 41,000 other deaths. He also continues to teach at the city’s Duquesne University, but sees his deep dive into the murder of America’s most iconic president as his legacy project.

“It’s kind of a gift to myself to get it out there, before I will be unable to read it lying in my coffin,” he says matter of factly.

With a mission statement like that it’s hardly surprising the book, which took six years to write, is not a confirmation of the official account of what happened in Dallas back on that fateful day in 1963.

His contention is that a small group, perhaps of around six military and CIA powerbrokers, were behind the assassination: “They are people who saw America going to hell in a basket and they were looking at five more years of John Kennedy likely followed by eight years of Robert Kennedy. Thirteen years is a lifetime in the socio-political development of a country. There was no way they could defeat the Kennedys at the polls, no way they could have dealt with him in any way – there was only one way to deal with it and save America as they saw it, in their super patriotic zeal, and that was to eliminate him.”

The official record of what took place on that fateful day is that Lee Harvey Oswald, working as a lone assassin, shot JFK as the president rode by adoring crowds in an open top car. Two days later, Oswald, a former US Marine who had embraced Marxism and defected for a time to the Soviet Union, was shot dead himself in police custody by Jack Ruby, a Dallas nightclub owner.

The 888-page final report from the 10-month long Warren Commission in September 1964 judged that Oswald acted alone and there was no conspiracy, foreign or domestic.

The smoking gun in Wecht’s book is that he claims to prove comprehensively that there was a second shooter.

Part of his proof is provided by an acoustical study, thanks to a police motorcycle officer who made an unwitting mistake: “He was riding off the left rear tyre of the Presidential limousine and was splattered with blood, brain and tissue so much, that he thought he had been shot.

“He had his motorcycle radio in the transmitting instead of the receiving mode which he should have had, and it was fortunate as the sounds at Dealey Plaza that day were recorded as they were transmitted from his radio. That acoustical study was performed by the top notch acoustic experts here in the United States and they conclusively show there were shots from the rear and the front – there were four shots, if not five – quite different from what the Warren Commission has portrayed.”

While he’s certain of a second person firing, Wecht doesn’t have any potential suspects.

“If I had the names I would disclose them. I haven’t been hesitant or fearful of anything. By now if anybody was going to knock me off, it would have happened.”

Another aspect that rankles with Wecht is geometry. JFK was accompanied that day by Texas governor John Connally, who was also shot but not killed.

In one breathless diatribe, Wecht recounts without pause the journey of Exhibit 399, the bullet that killed the 35th US president, explaining how it had to change angle and direction on several occasions as it went through both men.

Wecht explains: “I say to the Warren Commission defenders and sycophants, if you want Oswald as a shooter, fine. I want the second shooter because in the laws of the United States federal government, two or more people involved in a planning, execution, coverup of a crime makes it a conspiracy. The case has to be reinvestigated.”

The book takes no issue with JFK’s security detail or the medical staff who treated him.

Wecht believes strings were pulled from above, creating the conditions for a coverup that involved Kennedy’s body quickly being taken back to Washington for an autopsy.

“To begin with, you have the body of the president spirited out of Parkland Hospital in Dallas in violation of the laws of that county and the state of Texas. The autopsy should have been done by the local medical examiner, who was a board certified, experienced, qualified forensics pathologist. I happen to know him, we met when we were both in the Air Force many years ago at different bases and [at] national conferences.”

Instead it was a pair of naval doctors, J. Thornton Boswell and James Humes, who carried it out at Bethesda Naval Hospital in Maryland. In Wecht’s eyes, they were out of their depth: “They were career naval people who had never done a single gunshot wound autopsy in their entire careers. You realize how difficult a task it is to deal with somebody that has multiple gunshot wounds to differentiate between entrance and exit, angle, trajectory, sequence and in the JFK case you then have to correlate all of his wounds, with the several wounds in John Connally? That is a formidable task.

“The idea of having two pathologists who had never done a gunshot wound autopsy in their entire careers, who had no training in forensic pathology, is deplorable and despicable.”

Another area of suspicion in the book is what happened to JFK’s brain. It could not be examined straightaway. Wecht explains how a brain can’t be dissected immediately as it’s too fragile, so a chemical is used to harden it: “You go back in two weeks and you can cut it like a hard boiled egg, I don’t mean to be crude but just think of that, cutting a hard boiled egg in parallel fashion, slice by slice. You do that with a brain.”

The problem is that two weeks later, JFK’s whole brain was not there. “It’s in the autopsy report, [that] sections of the brain are not made in order to ‘preserve the specimen’. Preserve the specimen? For whom? For Jackie Kennedy’s mantelpiece?”

Wecht says some of the facts he references in the book are out there in plain sight for anyone to discover by researching. In fact, some of the material is covered in other books, too, but he believes his is the most comprehensive demolition of the official account of Kennedy’s death, stating: “My book lays it out from the beginning to the end so to speak and covers all the things that were done improperly, negligently, deliberately, surreptitiously, malevolently to show that this was a planned execution, for the overthrow of the government in the United States.”

There will be many naysayers who will understandably feel that a killing of this magnitude could not have remained a secret for almost 60 years. After all, there have been countless movies, documentaries, books and podcasts made of the assassination, so why should Wecht’s be the one that calls it right after all this time?

The veteran doctor welcomes the challenge: “I’m prepared to debate anybody, draw an audience... but [let’s] deal with the facts. [When] I’ve talked about engaging in conjecture of the names of the people or how many were there and so on, I point that out. But everything else is hard facts and if anybody wants to dispute this, call me a conspiracist, then deal with the facts.”

Also pertinent for Wecht is how all but one of the US media have ignored his book, but he has received numerous interview requests from overseas.

“Here in America, nobody has contacted me even to attack me, as they know if they attack me, I’m going to rebut and challenge them, so they just ignore it and it’ll go away, that’s the way they’ve dealt with this for almost 60 years.”

Wecht also makes much of the fact that papers related to the death have still not been released, despite The John F. Kennedy Assassination Records Collection Act ordering all government documents to be publicly released by October 2017. Donald Trump postponed that, releasing some, but most were heavily redacted.

Biden released more last December, but they were dismissed as not containing any new information. More than 10,000 documents remain, which have yet to be seen by anyone outside of The White House. They are due to be finally unveiled on December 15, 2022, but that is not guaranteed.

For Wecht, all the secrecy is more than enough reason to justify his book. “The reason they give when they deign to explain why they are not releasing it all is that it would compromise our national security. An act committed in 1963, by one person according to them, is going to compromise our national security today, in 2022 – you like that? That’s the kind of BS you get from them.”