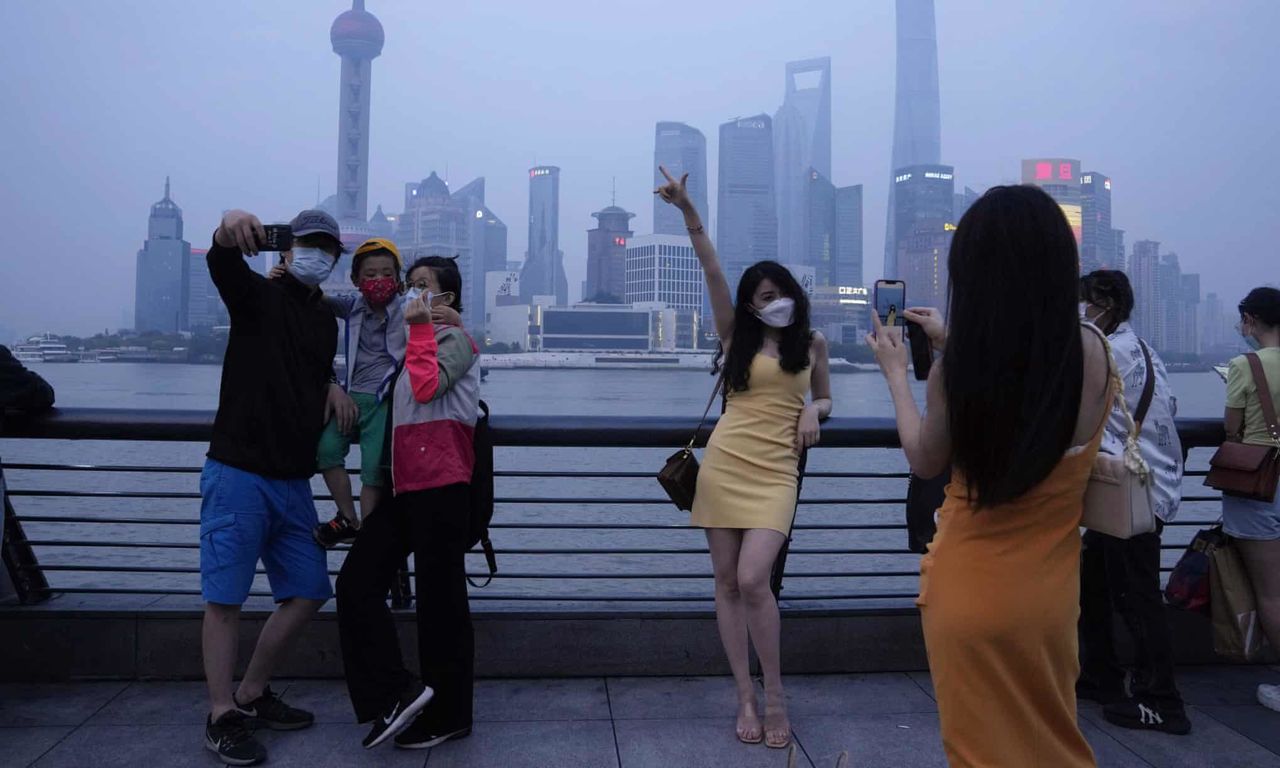 Listen to the article
0:00
0:00
Across Shanghai people revelled in their newfound freedom, for however long it lasted. Some made beelines for their favourite food outlets and luxury retailers in what’s been dubbed “revenge spending”. Hongqiao railway station was packed with people eager to leave after getting trapped in the city by the snap lockdown. Others milled around, just enjoying the simple pleasure of being outside.
“At 0:00am on 1 June Shanghai ended the lockdown. We screamed while driving on the road, and we went to have a kebab, get a drink, and see the Huangpu river,” wrote one social media user who filmed his friends’ expedition through the town.

There have been roadbumps. A viral video showed previously trapped visitors to Shanghai stopping at highway checkpoints, finally able to go home, only to have fearful tollbooth operators slam windows shut when hearing where they came from.

On Friday, reports emerged of long and frustrating queues at PCR testing stations. Shanghai is among a number of cities to establish routine testing of residents, requiring they get negative results every 72 hours to maintain their “green” health code which allows freedom of movement.

Restaurants are still closed for in-house dining. The toll of the lockdown on small and medium businesses is not yet clear, but topline statistics show retail sales and production figures plummeted by 40-65% during the two-month shutdown.

Eyes now are on other major cities, like Beijing, which avoided completely shutting down by enacting community-level lockdowns, public transport shutdowns, and district-wide work from home orders, which curbed people’s movement. Statements and speeches from officials, including China’s president, Xi Jinping, have made it clear the government is locked on to its zero-Covid policy, despite the increased transmissibility of the Omicron variant and sub-variants, and senior world health officials saying it is not sustainable.

The ruling Communist party’s People’s Daily newspaper published a commentary on Thursday in which it said the zero-Covid policy was most appropriate for China’s situation.

“Great, phased results have been achieved in the defence of Shanghai,” it said.

There had been some silver linings, as the punishing restrictions and chaotic administration of rules and delivery disruptions fostered solidarity. One Shanghai student, Zuxia, said the time allowed him and his parents to foster the best relationship they’d had since he was a teenager. “But, when Shanghai finally ended its lockdown, I was still very happy to see friends offline!”

Many residents, especially among expats, left during the lockdown if they were able. Others, like Daphne, are now intent on moving away. She says the last two months made everyone “cherish the little things in life more”.

“I’ve seen a lot of neighbourhoods getting closer together [during the lockdown], like my parents’ generation living in the village when they were kids. That experience was nice, but it’s the only good thing about it.”
#Covid
Add Comment