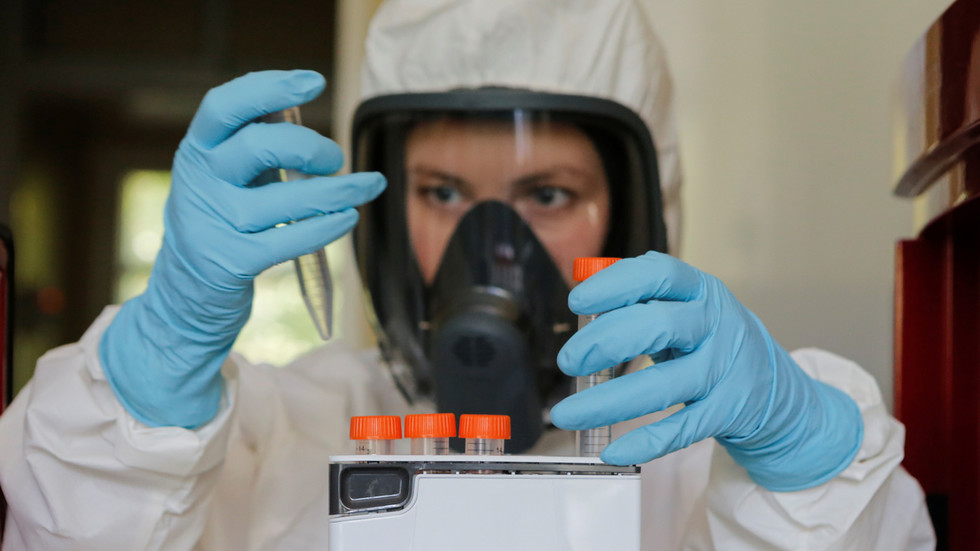 As Russia rolls out its new coronavirus inoculation ahead of complete clinical tests, the western media has suddenly come full circle on vaccines. Russia, it seems, could cure cancer and the media would find a way to blame Putin.

Russia has registered the world’s first vaccine against the Covid-19 coronavirus. Russian President Vladmir Putin announced the breakthrough on Tuesday, telling reporters that his own daughter has taken the jab. Doctors and teachers will be the first to receive the shot, with a general rollout expected in January 2021.

The vaccine is still undergoing testing, though Russian scientists say they’ve had decades of experience fighting similar viruses. It’s passed the first two trial phases - on monkeys and humans, yet the third and final placebo test is still pending, and will be conducted alongside the voluntary rollout of the vaccine.

Armed with that fact, the Western media set about ringing the alarm. The New York Times accused the Kremlin of “cutting corners on testing to score propaganda points,” and warned of the dangers of new and partially tested drugs. The Guardian too warned of this rushed effort, but added that “vaccines may only be partially effective,” even after rigorous testing. Likewise the Washington Post cautioned that “shots could be harmful or give people a false sense of security about their immunity.”

Across multiple outlets, the messaging was the same. The Russian vaccine is not to be trusted, is little more than propaganda fodder, and could even be a nefarious Kremlin plot to goad the West into pushing out its own, untested, vaccine ahead of schedule.

It’s kind of hilarious and sad that it took Russia making a vaccine for our media to ask any questions about the safety of the most rushed vaccines in history. Suddenly they care about safety.

It’s undoubtedly true that the race to a vaccine is a matter of national pride for Russia. Even the drug’s name - Sputnik V - references the first satellite launched into space, a massive space-race propaganda coup for the Soviet Union. Likewise the papers have a point when they raise concerns about the efficacy of vaccines. As the Guardian pointed out, even the most thoroughly tested shots may be at best ineffective or at worst come with horrible side-effects.

Yet, before the Russian breakthrough, these same outlets were bonafide vaccine evangelists. “Vaccinations save lives, protect our children and are one of our greatest public health achievements,” read an op-ed in the New York Times last March. The writers - which included the US Surgeon General, rubbished fears of side-effects, and urged the public to unite behind government inoculation drives. “Mistrust of a Coronavirus vaccine,” the paper wrote in July, “could imperil widespread immunity.”

To be fair, the latter article raised concerns about the speedy development of vaccines - this time bashing President Donald Trump and his ‘Operation Warp Speed’ research project instead of Putin, but just two months earlier the Times described the (Western) effort to roll out a vaccine “in record time” as a sign of “hope” amid the pandemic.

Ditto for the Guardian, whose journalists last week mocked“the white, middle-class Pinterest moms” who believe conspiracy theories about vaccines, and a month earlier featured experts who declared that even an imperfect vaccine would be “considered a success.”

Just like the Oxford professor who lamented the fact that a successful British vaccine might lead to a dangerous rise in national pride, it seems the Westen media couldn’t stand to see a Russian-made jab turn the tide against the Coronavirus. Imagine that? Putin’s Russia - the election-meddling, spy-poisoning, Trump-enabling thorn in the side of the liberal order - delivering the life-saving shot that rids the world of the dreaded plague?

Needless to say, there’d be a lot of words swallowed on Fleet Street and Eighth Avenue.

Of course, these are early days. Any potential vaccine is always going to be a gamble, and as trials continue alongside its limited deployment, the effectiveness of Sputnik V has yet to be proven. The Russian effort may in the end come to naught, and if it does, at least the commentariat in London and New York will have something to gloat about - pandemic be damned.