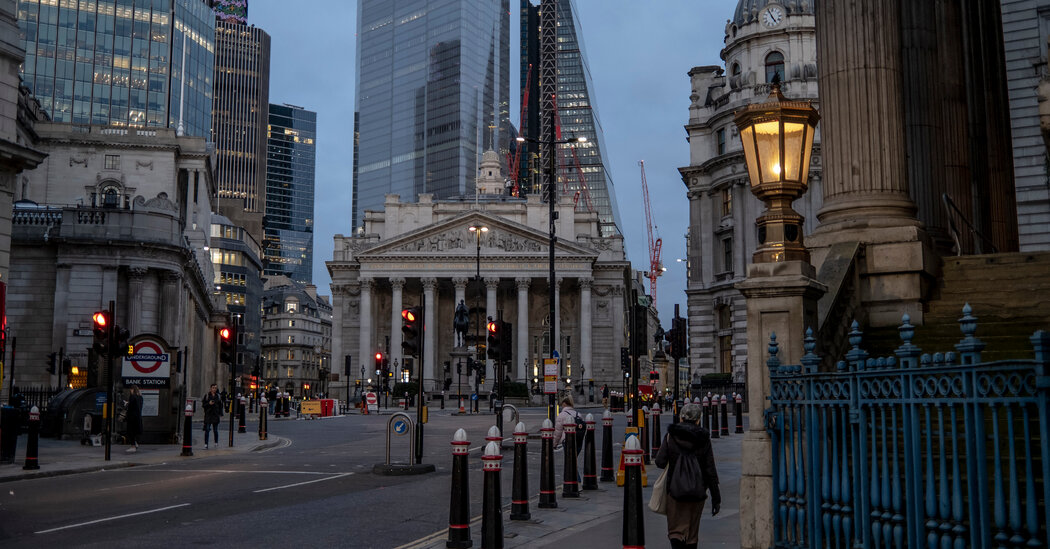 Bank of England Rebuked Over ‘Missing’ $67 Billion of Cash

A parliamentary committee found about 50 billion pounds worth of cash in circulation is not being spent, and blasted the bank for a lack of “curiosity” about where it is.
While the economic turmoil wrought by the coronavirus pandemic has left some people in Britain counting every penny, the country’s central bank is apparently having trouble keeping track of billions of pounds.

A parliamentary report released on Friday said that 50 billion pounds (about $67 billion) of paper money is “missing” from the country’s cash supply and that the Bank of England “seems to lack curiosity” about where it’s all gone.

Of the more than £70 billion worth of bills in circulation in Britain, the report found that only about a quarter was being spent in stores and on other purchases. That leaves the majority of those bills - which by design are not traceable - unaccounted for.

The £50 billion in cash may be hidden away in unreported household savings, squirreled away for a rainy day, or is being used for more nefarious purposes, Parliament’s Public Accounts Committee said in the report, calling on the Bank of England to investigate.

“£50 billion of sterling notes - or about three-quarters of this precious and dwindling supply - is stashed somewhere, but the Bank of England doesn’t know where, who by or what for - and doesn’t seem very curious,” said Meg Hillier, the lawmaker for the Hackney South and Shoreditch areas of London and chair of the committee that produced the report.

The Bank of England hit back at the suggestion it was taking a laissez-faire approach to the issue.

“It is the responsibility of the Bank of England to meet public demand for bank notes. The bank has always met that demand and will continue to do so,” a spokeswoman from the central bank said in a statement on Friday.

“Members of the public do not have to explain to the bank why they wish to hold bank notes. This means that bank notes are not missing,” the bank’s statement said.

The pandemic has led to a slump in cash payments, but demand for bills has risen in recent years and the pandemic has accelerated that trend, the report said. The value of paper (and polymer) bills in circulation in Britain hit a record high in July of £76.5 billion.

One reason might be that interest rates, which have been low for years, were cut even further this year to boost the British economy.

“With interest rates so low, it doesn’t really matter whether you keep money in the bank or keep it in cash,” said Andrew Sentance, a senior adviser at Cambridge Econometrics and a former member of the Bank of England’s monetary policy committee. The current base rate of 0.1 percent means “a lot of people will have more cash in their wallet than they usually have.”

Still, the public accounts committee - which scrutinizes the economy and spending - is unconvinced by that explanation and is concerned that a substantial proportion of the £50 billion has been siphoned off and is being used for illegal activity such as money laundering in the shadow economy, whether in Britain or abroad.

“Are more of us putting money under the mattress because of Covid? It would have to be a lot of us doing that,” Ms. Hillier said in an interview on Friday. She added that the gap between notes in circulation and those actually being used “must be linked to crime.”

The parliamentary committee hopes an investigation by the Bank of England may shed some light, if not on where it is being held, then at least on the factors behind the increase in demand for cash.

For its part, the Bank of England said the amount of paper money being used for transactions in Britain - around 20 to 25 percent of all cash in circulation - was broadly in line with other major economies.
#Covid  #Coronavirus
Add Comment