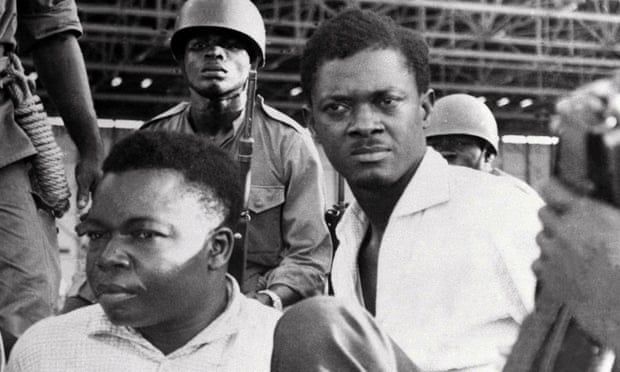 Relic of the murdered Republic of Congo leader will be returned to his family as Brussels confronts its bloody past in Africa
The Belgian government will return a tooth of Patrice Lumumba to his family this week, hoping to draw a line under one of the most brutal and shameful episodes in the country’s bloody exploitation of central Africa.

The relic is all that remains of Lumumba, the first prime minister of the Democratic Republic of the Congo, under its earlier name Republic of Congo, and an icon of the struggle against colonialism in Africa, who was murdered by separatists and Belgian mercenaries in 1961. His killers dissolved his remains in acid, though some kept teeth as macabre mementoes.

Lumumba’s son Roland said the return of the tooth meant his family could finally “finish their mourning”.

“I can’t say it’s a feeling of joy, but it’s positive for us that we can bury our loved one,” he said. “His soul will be able to rest in peace. It’s important for us.”

A charismatic but volatile pan-Africanist who played a key part in the fight for independence, Lumumba became the first democratically elected leader of his country, then known as the Republic of Congo, in 1960. Within a year, he had become a victim of cold war politics and internal power struggles, as order collapsed in the new state and rebel groups in the mineral-rich Katanga province sought to break away.

Western officials worried that Lumumba would favour the Soviet Union as a protector and allow Moscow access to strategically critical resources such as uranium.

After a military coup, Lumumba was overthrown, jailed, tortured and shot dead by a hastily assembled firing squad. Forty years later, Belgium acknowledged that it bore “moral responsibility” for his death. The CIA had also laid plans to kill the 35-year-old politician.

But it took decades for the truth about the circumstances of Lumumba’s murder to emerge.

In 2000 the Belgian police commissioner Gerard Soete confessed that he had dismembered Lumumba’s body and dissolved the remains in acid. In a documentary screened on German TV, Soete showed two teeth which he said had belonged to Lumumba.

In 2016, a Belgian academic, Ludo De Witte, filed a further complaint against Soete’s daughter after she showed a gold tooth, which she said had belonged to Lumumba, during an interview with a newspaper. The tooth was then seized by Belgian authorities.

Senior officials will formally hand it over to the family in a specially made casket at a ceremony attended by the prime ministers of Belgium and the Democratic Republic of Congo. Lumumba’s relatives will also be received by King Philippe of Belgium.

Belgium has recently begun to address the legacy of its exploitation of Congo’s rubber, ivory and timber. As many as 10 million people died from starvation and disease during the first 23 years of Belgium’s rule from 1885, when King Leopold II ruled the Congo Free State as a personal fiefdom. Others were murdered, or deliberately maimed to encourage others to work harder to fulfil impossible quota of lucrative resources.

The present Belgian king travelled to the DRC for the first time this month, where he expressed “deepest regrets for the wounds of the past”, describing a “regime …. of unequal relations, unjustifiable in itself, marked by paternalism, discrimination and racism”, that “led to violent acts and humiliations”. But King Philippe did not apologise, prompting anger.

“I salute the speech by the Belgian king. However, in the face of the crimes committed by Belgium, regrets are not enough,” Congolese opposition Senator Francine Muyumba Nkanga wrote on Twitter.

“We expect an apology and a promise of reparations from him. Only then will we definitively turn the page,” she said.

Roland Lumumba refused to criticise the king for not apologising fully for the past suffering inflicted on Congolese. “We are not going to remain resentful if the other side is holding out its hand to us,” he said. He said he hoped to see “a new era” in relations that would help “build the future together.”

“His fight was to get out of servitude while remaining with the Belgians as equals,” he said.

In a collective editorial published by the Belgian newspaper Le Soir, activists and organisations campaigning for Lumumba’s memory to be honoured more widely, also described a “historic turning point”.

“Lumumba will bring back with him his noble political struggle: the defence of national interests, fair distribution of wealth, peace for all, the memory of the past, and the light of the flaming torch of Africa shining across the world,” it read.

An investigation for “war crimes” related to Lumumba’s murder is ongoing, but only two of the accused officials are still alive.

“We hope that there will be a result before they die,” said Roland Lumumba.

Two years ago, a spokesman for the Belgian federal prosecutor’s office, said the return of the tooth was a symbolic gesture, since there was no “absolute certainty” that the tooth was Lumumba’s. “No DNA test has been carried out; it would have destroyed it,” he said.
Add Comment