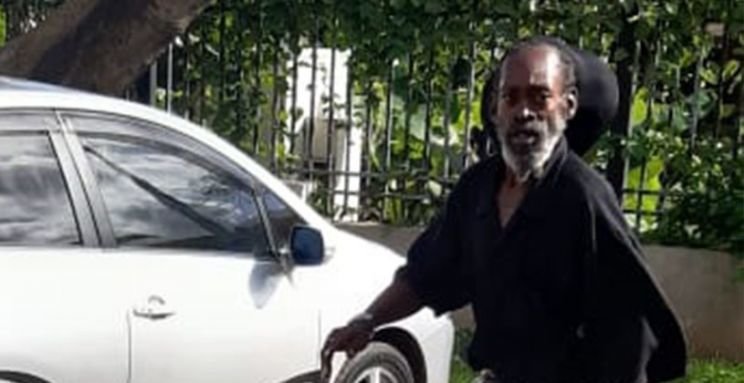 United States national and Belonger, Aubrey Daniels pleaded not guilty to the offence of illegal entry despite authorities claiming that be was caught red-handed entering the BVI on a go-fast boat.

The Duffs Bottom resident and Government employee made his maiden appearance virtually before Magistrate Christilyn Benjamin on Thursday, September 3, along with his legal representative, Michael Maduro.

He was charged with Illegal Entry and giving false information to police on August 30 2020.

She said Daniels, the defendant, was one of the passengers.

She said the boat left the West End ferry dock between 8.30 and 9.30 am for the USVI and after collecting cargo from Red Hook, St. Thomas, the boat returned with only the crew members and no passengers on board.

She informed the court that on the August 31, a customs officer received information from a resident from Jost Van Dyke that an individual boarding the ferry to Tortola had entered the territory illegally.

The allegations are that he was spotted disembarking from a go-fast speed boat coming from a westerly direction of St, John or St. Thomas, in the USVI.

This is despite the border being closed at this time due to the coronavirus, COVID-19 pandemic.

The resident, Ms Flax said, confirmed that they observed the individual coming off a grey and black powerboat and he ran from one bar to the next before boarding the ferry shortly afterwards.

The resident described the man as a Rastafarian, dressed in a black shirt and brownish coloured pants.

After alerting the Royal Virgin Islands Police Force of the matter, the customs officer boarded the same ferry and sat directly across from the accused man.

Upon arrival at the West End ferry dock, the accused was intercepted by three police officers, and when he was asked his name, he replied that it was ‘Aubrey Smith.’

When the police officers asked for his identification, he said he did not have any, but a search of his person unearthed a wallet bearing the name ‘Aubrey Daniels.’

After a brief conversation between the police and defendant, he was brought to the West End Police Station and later transferred to the Road Town Police Station.

Ms. Flax said, the defendant was interviewed, and during the interview, he denied travelling to St Thomas during the pandemic.

She further said, when he was presented with the manifest with his name on it leaving the BVI on July 18, he agreed that he left, but said he returned on the same day.

When he was presented with proof of the return manifest that indicated that he was not listed on it, as it was only the two crew members who made it back, he changed his story.

He then said, he stayed in St. Thomas for 14 days in quarantine, and he returned to the territory just before Jost Van Dyke was locked down.

Like before, Daniels was shown the times that he mentioned did not connect.

The authorities then checked with the ferry company, and they confirmed that he did not travel back and forth between Tortola and Jost Van Dyke during the dates July 18 to August 31.

The charges were then officially proffered against him.

The father of 12 was placed on remand for two weeks and was ordered that tests for the Coronavirus be carried out on him during that timeframe.

He is to return to court on September 21 where the court will decide on bail.