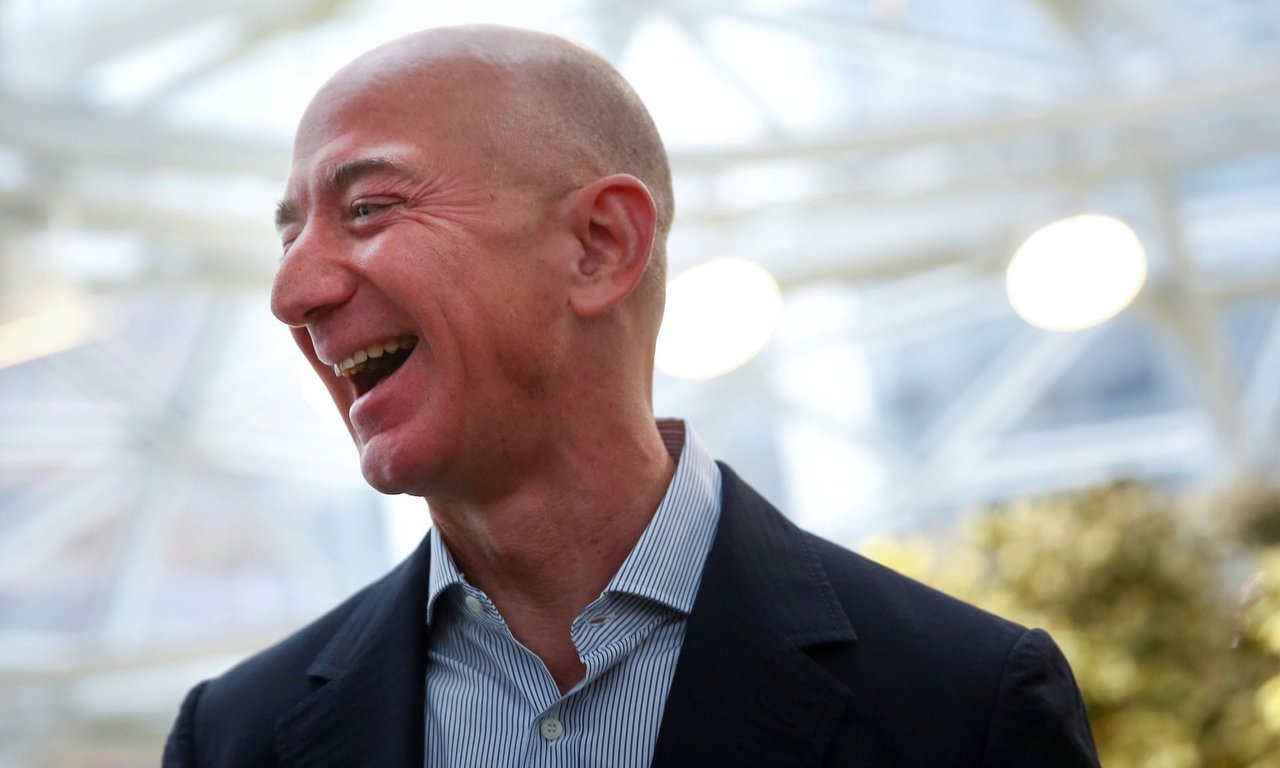 Members of Congress have a long history of trading stock on confidential information. In fact, up until just a few years ago it was legal and perhaps the best perk of their jobs as “public servants.” Now Big-Data-Kings joins the party. As trillions of dollars were wiped off stock markets, for some of the world’s richest and a handful US senators, the crisis was cause for a windfall. they just got "lucky"...
Millions of people across the world have lost their jobs, and trillions of dollars have been wiped off the value of stock markets.

But not everyone has lost out. Four US senators - including Republican Richard Burr of North Carolina and Democrat Dianne Feinstein of California — sold hundreds of thousands of dollars worth of stock in major companies after they were given a secret briefing on coronavirus, and Jeff Bezos, the world’s wealthiest person, is $5.5bn (£4.3bn) richer today than he was at the start of the year. His paper fortune, held mostly in Amazon shares, rose by $3.9bn on Thursday alone to $120bn – enough to buy 188,000 standard gold bars (even taking into account the soaring price of gold).

Bezos, 56, benefited this week from the best three-day stock market rally since 1933 helping Amazon’s share price to recover almost all of its losses this month to trade at about $1,920, though that was slightly down on their peak of $2,170 in February. Bezos owns about 12% of Amazon’s shares.

He saved himself from larger losses by selling a big chunk of his Amazon shares in February, before the worldwide scale of the coronavirus crisis was fully acknowledged and before the stock market collapse.

Regulatory filings show that Bezos sold $3.4bn worth of Amazon shares in the first week of February, just before the stock price peaked.

There is no suggestion that Bezos acted improperly by selling the shares or that he was acting on non-public information about the impact of the pandemic. But his timing was near-perfect. The share sales, which represented about 3% of his total holding, were much greater than Bezos had made in previous months. The stock sold was as much as he had sold in the previous 12 months, according to analysis by the Wall Street Journal.

Other US executives that have been either lucky or smart by selling large chunks of their shareholdings in February include Larry Fink, the chief executive of fund manager BlackRock, who saved potential losses of $9m, and Lance Uggla, CEO of data firm IHS Markit, who sold $47m of shares on 19 February that would have dropped to $19m if he had held on to them.
Advertisement

In total US executives sold about $9.2bn in shares of the companies they run in the five weeks before the start of the stock market rout. Selling before the 30% collapse in the market saved them from paper loses of $1.9bn.
#COVID-19  #Covid  #Coronavirus
Add Comment