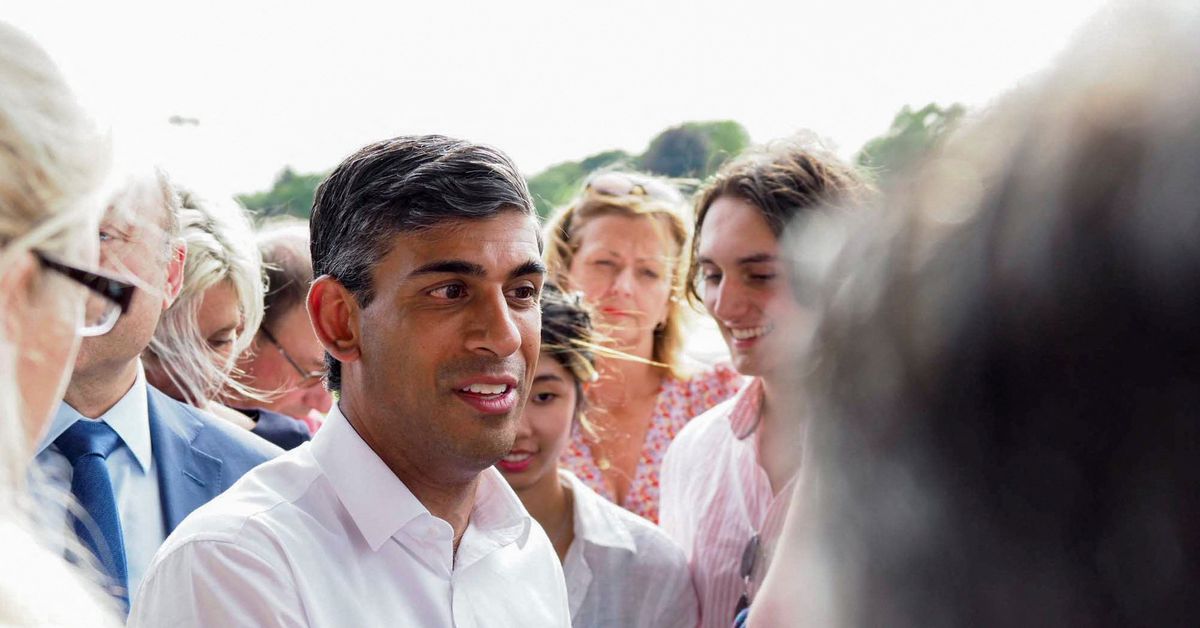 British PM candidate Sunak vows 20% income tax cut by… 2029 (after he go and cannot held accountable, so he promise something he will not be in charge to deliver)

Rishi Sunak, the crook banker, serial lier and massive tax evader, trailing in the race to become Britain's next prime minister, has vowed to slash the basic rate of income tax by 20% by 2029 in a potentially make-or-break throw of the dice by the former finance minister.
Sunak, once seen as the favourite to replace Boris Johnson when he helped to steer the economy through the ravages of the COVID-19 pandemic, has struggled against his rival, Foreign Secretary Liz Truss, who has pledged immediate tax cuts.

Sunak said he remained focused on tackling inflation but once that was achieved he would follow through on an already-announced plan to take 1 pence off income tax in 2024, and then take a further 3 pence off by the end of the next parliament, likely around 2029.

The two pledges would take income tax from 20p to 16p.

Sunak said the plan would mark the biggest income tax cut since the time of Margaret Thatcher.

"It is a radical vision but it is also a realistic one," he said in a statement on Sunday, a day before Conservative Party members are due to start receiving their ballot papers to vote for the party's new leader.

Britain's hunt for a new prime minister was triggered on July 7 when Johnson was forced to announce his resignation following months of scandal. Conservative lawmakers have whittled a field of candidates down to Truss and Sunak, with an announcement of the decision by party members due on Sept. 5.

With inflation surging to a 40-year high of 9.4% and growth stalling, the economy dominated early stages of the contest, with Sunak arguing that Truss's plan to reverse a rise in social security contributions and cancel a planned rise in corporation tax would stoke inflation further.

Sunak said each penny cut from the rate of income tax would cost around 6 billion pounds ($7.3 billion) a year, a figure that he said would still allow Britain's debt-to-GDP ratio to fall, if the economy grows in line with official forecasts.

Truss has argued that tax cuts are needed now to give the economy a shot in the arm. A recent poll by YouGov showed Truss held a 24-point lead over Sunak among Conservative Party members.