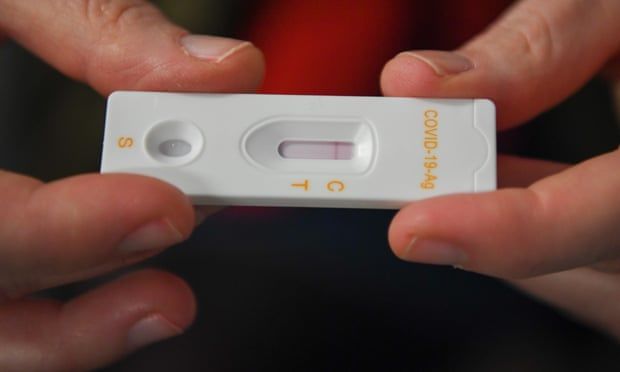 Can you trust a negative lateral flow Covid test?

Analysis: with cold symptoms, it is better to wait for a PCR result rather than risk spreading the virus

You wake up with a pounding head, sore throat and runny nose: you reach for one of those lateral flow tests (LFT) you’ve got stashed away, just to check it is not Covid. If it returns a single red line (negative), then most people will pop a couple of paracetamol and go about business as normal – particularly if you’ve been double-jabbed. It probably is just a cold, after all.

Yet, the emergence of Omicron has thrown a spanner in the works. According to the latest data, just one month after your second Pfizer or AstraZeneca jab, the ability of antibodies to neutralise Omicron is 30 times lower than if you were infected with the Delta variant – reinforcing the message that double-vaccination is no guarantee against infection.

The study follows recent UK Health Security Agency (UKHSA) data, suggesting those who have been double-jabbed with the AstraZeneca vaccine have about 10% protection against symptomatic infection with Omicron six months after their second jab, compared with 40% protection against the Delta variant.

So, if you’re relying on an LFT to guide whether or not it is safe for you to leave the house, the chances of you being infected, despite being vaccinated, just got higher.

The UK government has always stressed that people with Covid symptoms should seek a PCR test, rather than relying on a LFT. Yet, it still defines these symptoms as a high temperature, new, continuous cough and/or a loss or change to your sense of smell or taste – despite widespread evidence that headaches, fatigue, a sore throat or runny nose are also common Covid symptoms.

Also, whereas getting a PCR test involves all the trouble of going online, booking a test, either going to a test centre or waiting to have a test delivered, and then waiting a day or two to receive the test results, a LFT delivers a result within minutes.

OK, we know they’re not as accurate as PCR tests, but they’re pretty accurate – especially if you’ve been vaccinated and/or had Covid recently – right?

It is true that lateral flow tests return an accurate result more often than not: a Cochrane review of 64 studies found that they correctly identify 72% of infected people who have symptoms, and 78% within the first week of becoming ill. Further, the Department of Health and Social Care (DHSC) claims that the Innova LFT detects more than 95% of individuals with highest viral loads – those who are most likely to spread the virus. 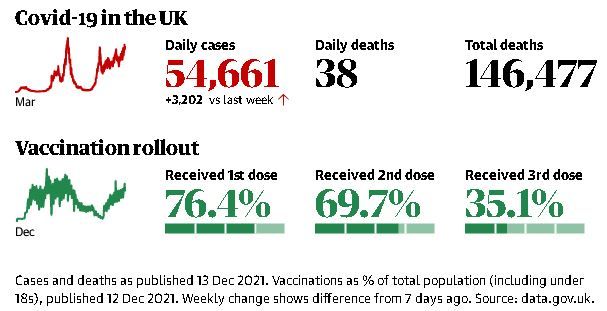 Yet, the Medicines and Healthcare products Regulatory Agency (MHRA), has long-expressed concerns that people may be falsely reassured if they test negative on an LFT: it authorised their use as a “red light” – to find infectious people and order them to self-isolate – rather than providing a “green light” to those who test negative.

There are several reasons why your negative LFT might be wrong: you might not be swabbing thoroughly enough, or you could have a dodgy test kit. Of course, these issues can also undermine the accuracy of PCR tests – remember the Wolverhampton testing lab fiasco, that saw up to 43,000 people falsely reassured that they didn’t have Covid, despite many of them testing positive on a LFT? Yet, PCR tests are more sensitive than LFT, meaning they’re more likely to register some virus, even if your swabbing technique isn’t much cop. They’re also much more likely to return a positive result during the early stages of infection, when there’s less virus available to detect.

Studies have suggested that PCR tests start to pick up Sars-CoV-2 roughly 1-3 days before the onset of symptoms (assuming the person is symptomatic) – similar to when people start to become infectious. However, virus levels don’t peak until between the first and fifth day of symptoms, on average. So, if you’re swabbing as soon as you start to feel unwell, that might be too soon to return a positive LFT.

These tests have thankfully freed us from the confines for that first lockdown, when the advice was to self-isolate based on symptoms alone. But with infection levels sky high, Covid symptoms that too often resemble the common cold, and waning immunity from vaccines, perhaps it’s time to reinstate a degree of caution and stay home if we feel unwell – at least until we’ve done a PCR test, or had several days of negative LFTs. Who wants someone else’s cold, anyway?