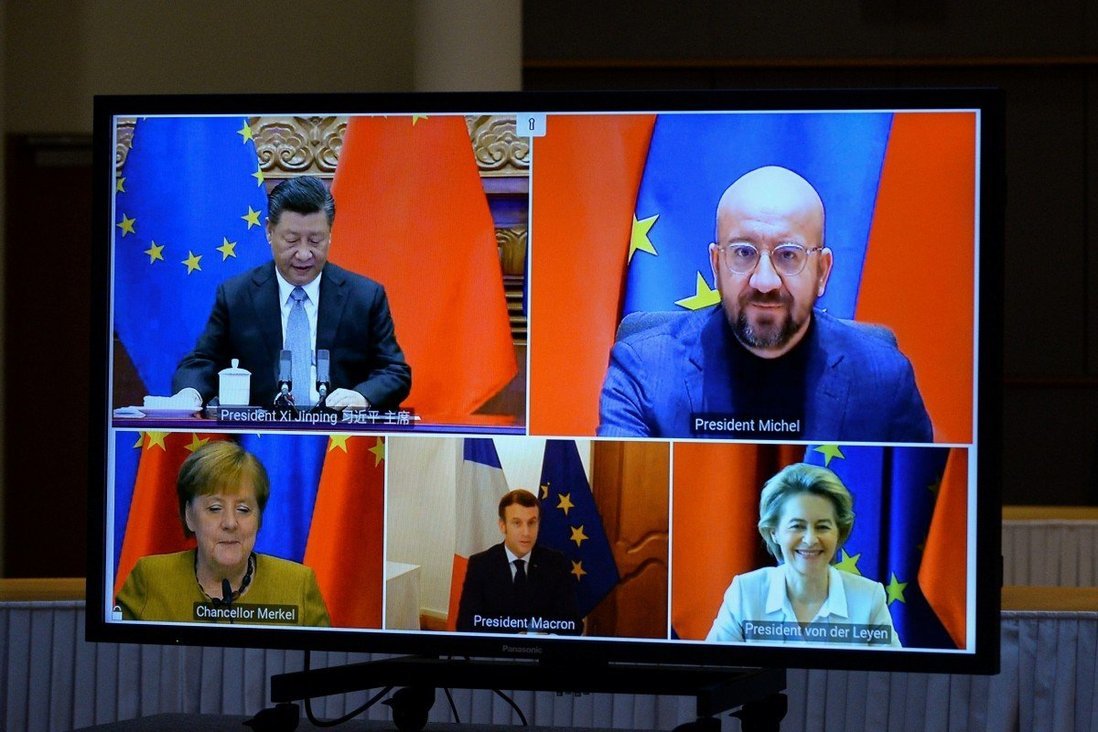 EU praises Beijing for making an ‘unprecedented commitment’ to provide certainty and predictability to EU businesses.

European Union and Chinese leaders concluded their marathon negotiations for a landmark investment pact on Wednesday, handing Beijing a diplomatic win ahead of the inauguration of Joe Biden as US president.

Beijing has had to make what the EU called an “unprecedented commitment” to provide commercial certainty and predictability, with wide access for an array of European companies to the hitherto heavily restricted Chinese market. 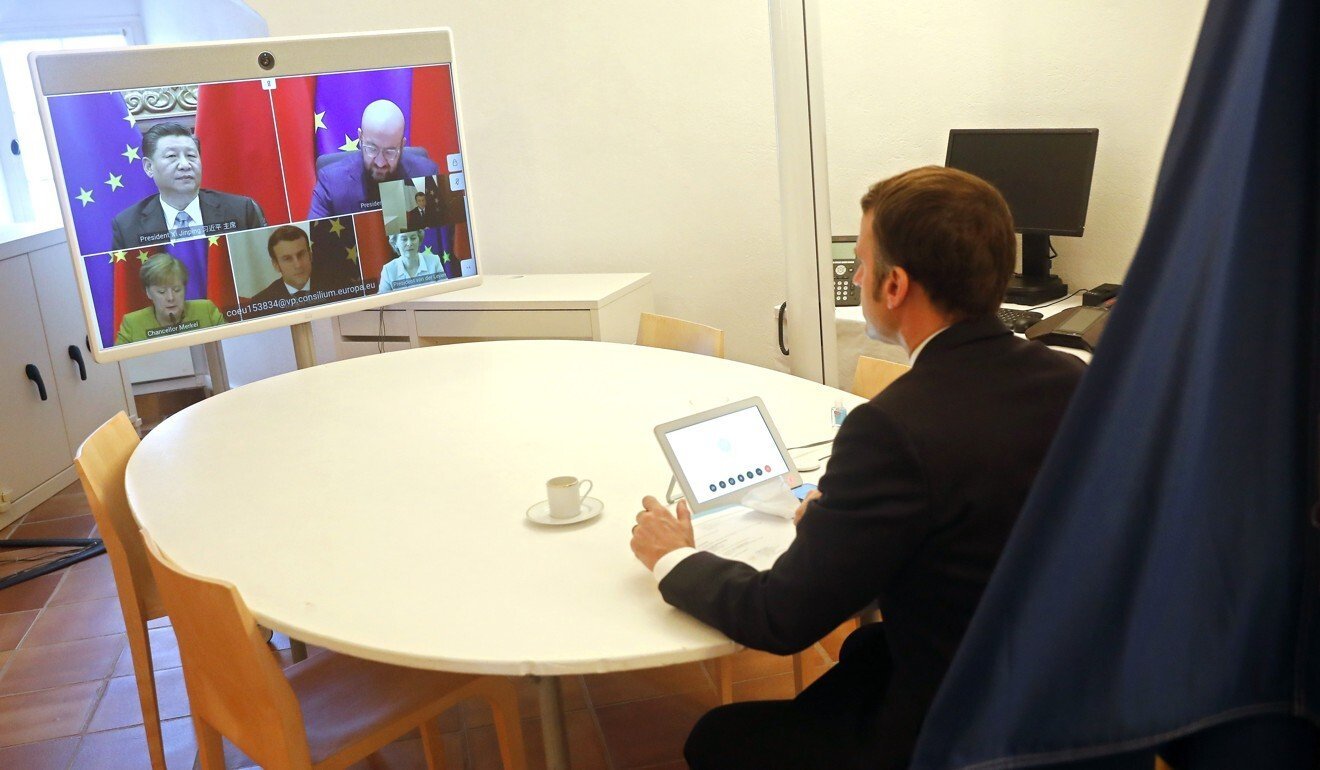 The deal would provide EU businesses with “bigger market access, more forceful systemic safeguards and a brighter future for cooperation”, Xinhua quoted him as saying.

In an apparent swipe at the United States, Xi told the EU leaders that they should work with China in the coming year.

On forced labour, an issue which had threatened the negotiations, the EU said in a statement: “China has committed to effectively implement ILO [International Labor Organization] conventions it has ratified, and to work towards the ratification of the ILO fundamental conventions, including on forced labour.

“China has committed to an unprecedented level of market access for EU investors, giving European businesses certainty and predictability for their operations.” 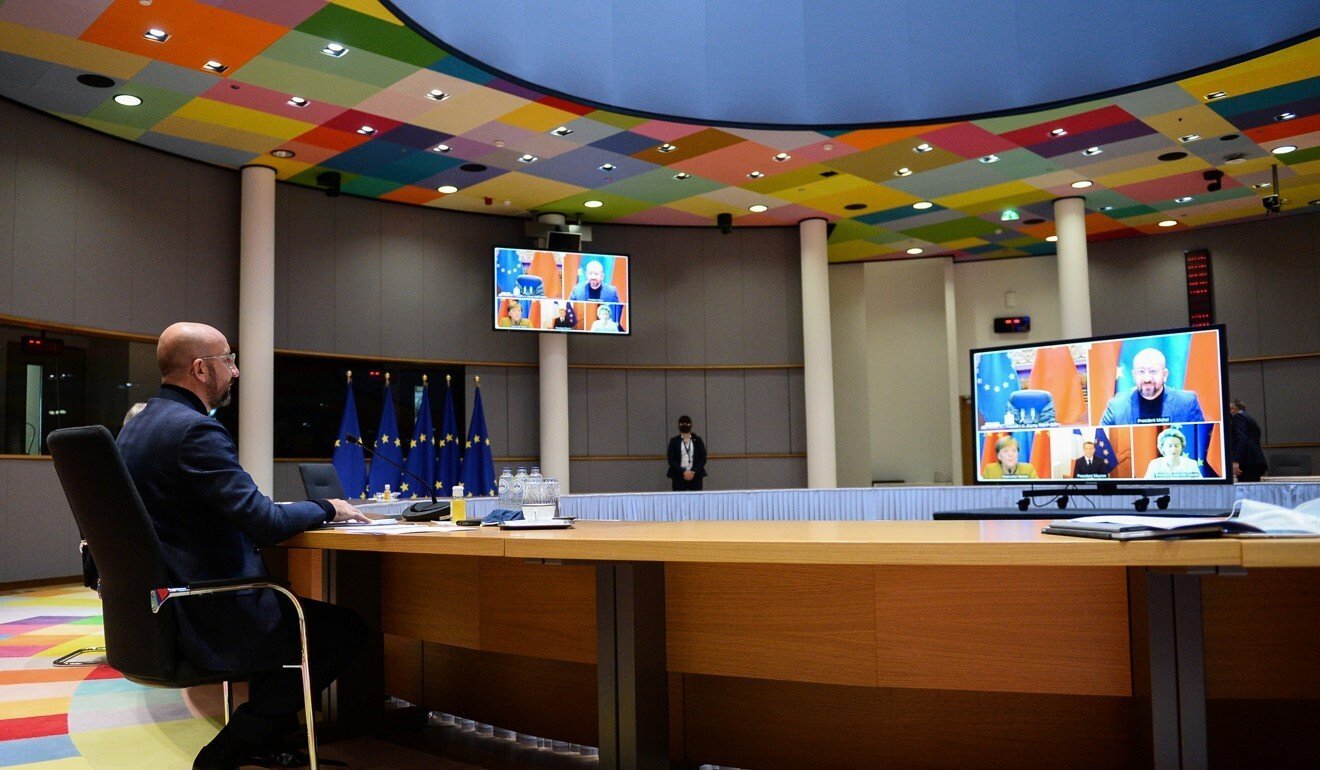 The deal would “significantly improve” the playing field for EU investors by laying down clear obligations for Chinese state-owned enterprises, prohibiting forced technology transfers and other distortive practices, and enhancing transparency of subsidies, the EU said.

“Looking beyond the negotiations, the EU reiterated its expectation that China will engage in negotiations on industrial subsidies in the WTO [World Trade Organization],” it said.

“The EU leaders also emphasised the need to improve market access for EU traders in sectors such as agri-food and digital, and to address overcapacity in traditional sectors such as steel and aluminium as well as in high tech.

“Participants welcomed the active role of the German presidency of the council, and of Chancellor Angela Merkel in particular, who has put special emphasis on EU-China relations and fully supported the EU negotiation with China.”

EU leaders also called on China to participate fully in multilateral debt relief efforts within the framework agreed by the G20, the bloc said, adding that the EU leaders reiterated their serious concerns about the human rights situation in China, including developments in Hong Kong.

The deal, “the most ambitious” China has ever had, according to documents viewed by the South China Morning Post, will offer European businesses better access to China’s markets in new-energy vehicles, private health care and cloud services.

It will also deliver on terms to regulate China’s state-owned enterprises and transparency on subsidies.

Calling the agreement “an important landmark in our relationship with China”, von der Leyen said in a statement: “It will provide unprecedented access to the Chinese market for European investors, enabling our businesses to grow and create jobs. It will also commit China to ambitious principles on sustainability, transparency and non-discrimination.

“The agreement will rebalance our economic relationship with China,” she added.

“We have secured binding commitments on the environment, climate change and combating forced labour. We will engage closely with China to ensure that all commitments are honoured fully.”

Von der Leyen’s deputy, trade commissioner Valdis Dombrovskis, said: “This deal will give European businesses a major boost in one of the world‘s biggest and fastest growing markets, helping them to operate and compete in China.

“It also anchors our values-based trade agenda with one of our largest trading partners.”

The European Union Chamber of Commerce in China said the business community was looking forward to “parsing through the details” and implications for solidifying the legal position of European companies operating in China.

“Of course, the agreement will not come into force until final texts are developed and then ratified by both sides, which is likely to require overcoming additional hurdles,” it said.

“The European Chamber hopes to see that decision-makers maintain the same spirit of engagement that carried the day for the political agreement so that they can deliver an enforceable pact.”

The chamber’s president, Joerg Wuttke, said: “We eagerly await the release of the details of this political agreement, and hope to find a robust and bold conclusion. A strong agreement would be a powerful statement to show that constructive engagement can produce results.” 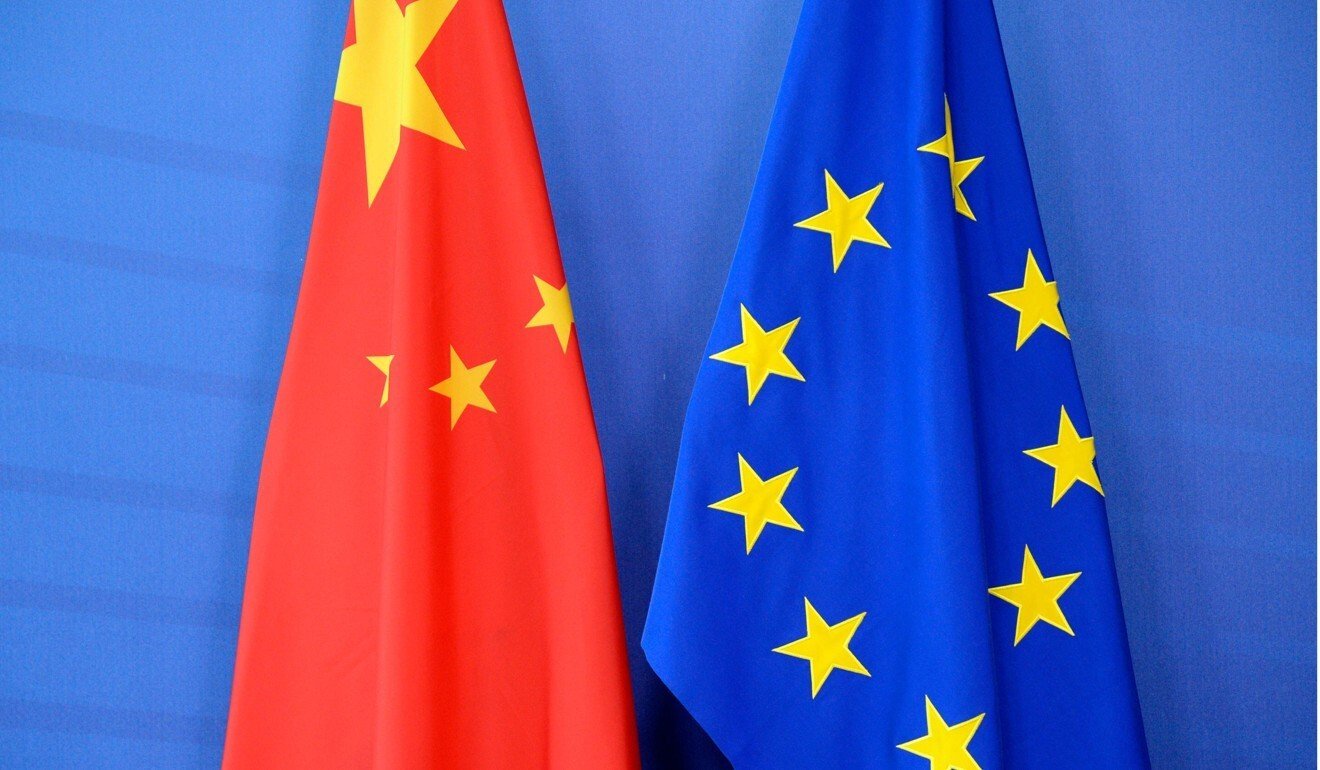 Leaders from China and the EU worked hard to meet the year-end deadline to agree the investment deal.

The conclusion of the negotiations might also offer diplomatic leverage for Beijing ahead of the inauguration of Joe Biden as US president on January 20. Biden has signalled his intent to counter a rising China, and spoken of the need for stronger coalitions against Beijing on the trade front.

It would also mark another key economic deal for Beijing this year after the signing in November of the Regional Comprehensive Economic Partnership, which includes 15 Asia-Pacific countries.

China will have limited access to the energy market in the EU and both sides will launch cooperation to fight climate change, according to the documents.

Negotiations have accelerated since September, when leaders from the two sides shared the goal to meet the year-end deadline. Breakthroughs on market access and human rights have been made in recent weeks.

The announcement will also be viewed as a political legacy for Merkel, who will step down as German chancellor next autumn.

The European Commission tried to play down the concerns of the timing ahead of Biden’s inauguration next month, saying the deal “would not affect the bloc’s commitment to transatlantic cooperation, which will be essential for addressing a number of challenges created by China”.

It will also lay the foundations for Beijing and Brussels to hammer out the cooperation action plan over the next five years and to start talks on a free-trade agreement.

China also agreed to work towards ratification of key International Labour Organization conventions to ban forced or compulsory labour, a key issue that once stalled the talks and hit Beijing’s global image and hurt its diplomatic relations with Western countries.

Beijing has denied foreign media reports it used forced labour in Xinjiang and said measures rolled out in the region were aimed at tackling terrorism.

The announcement was the first step towards the conclusion of the agreement, but technical work is still needed.

Li Yongjie, the Ministry of Commerce official who led the China negotiation team, said during a late-night briefing in Beijing that the next steps include both sides conducting legal reviews and translations of the text. Those would be completed as soon as possible to expedite the signing of the agreement.

Once it is signed, Li added, it will take effect after completing the respective internal approval procedures.

Asked at the briefing what the US response to the deal might be, Gao Feng, the Commerce Ministry spokesman, said that “it might be more appropriate to ask the US government”. 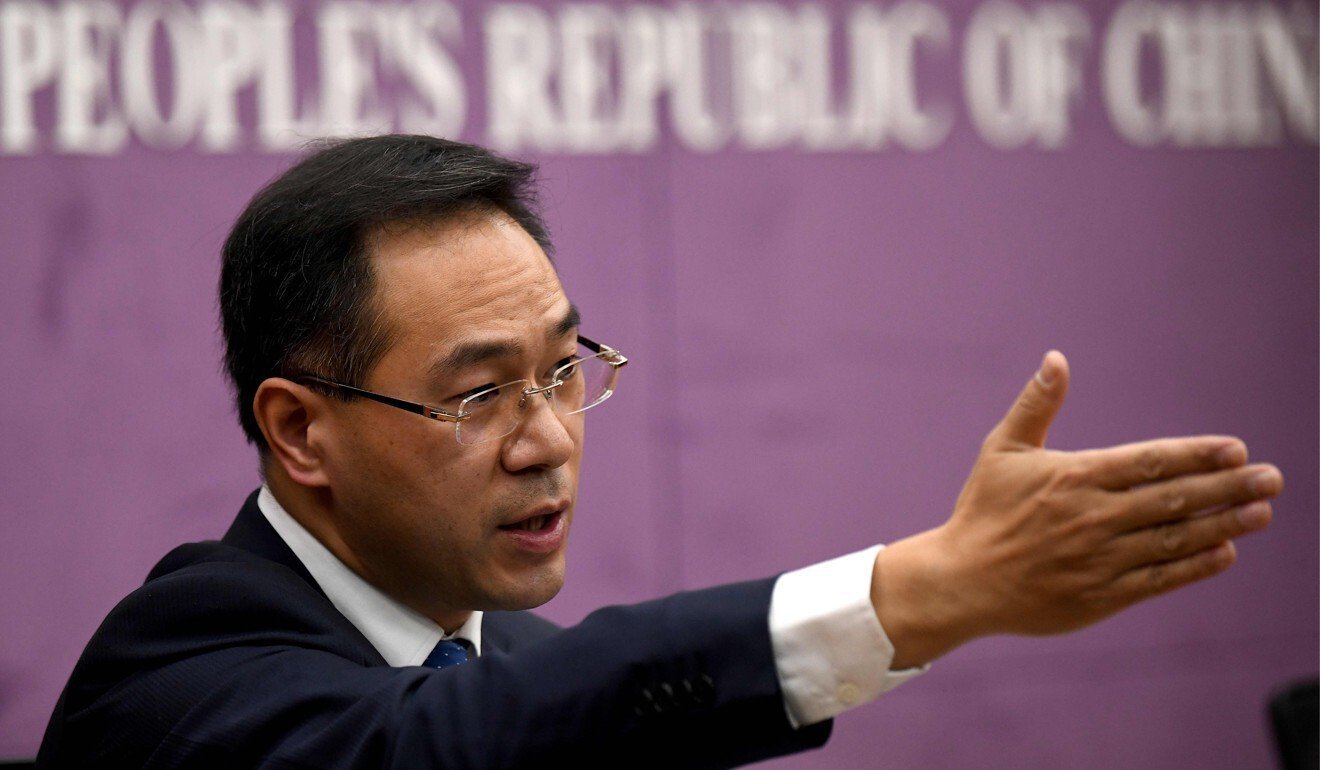 However, he went on to say that “China will continue to promote a high-level opening up. We are willing to actively cooperate with all parties – including the US and the EU – to achieve a higher level of mutual benefit”.

Commenting on the European Commission’s bid to persuade lawmakers to take the deal, Reinhard Butikofer, chairman of the European Parliament’s alliance on China, said: “The European Commission seeks to put lipstick on the pig to garner support for the China investment deal. But we must, as Deng Xiaoping used to say, seek truth from the facts.”

Another European Parliament member, the former Belgian prime minister Guy Verhofstadt, cast doubt on the deal in light of the Uygurs’ situation in Xinjiang.

“The stories coming out of Xinjiang are pure horror. The story in Brussels is we’re ready to sign an investment treaty with China,” he said.

“Under these circumstances any Chinese signature on human rights is not worth the paper it is written on.”