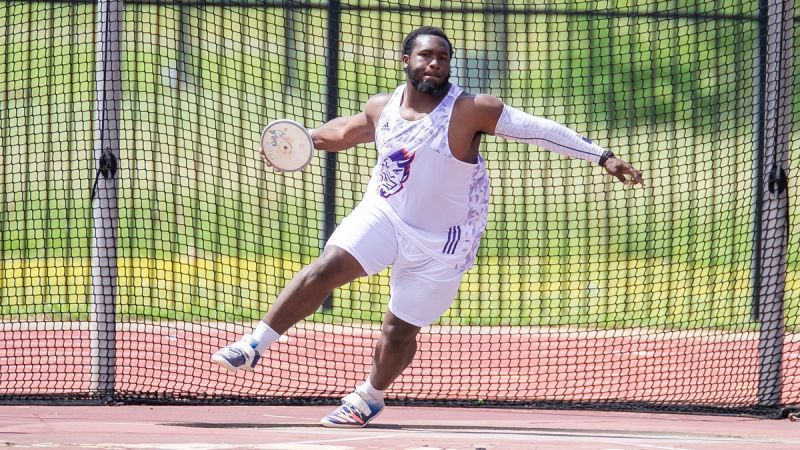 Virgin Islander D’Jimon L. Gumbs has now qualified for next month’s NCAA Division 1 Championships in both the discus and shot put.

Gumbs had already qualified for the NCAA Championships scheduled for Hayward Field in Eugene, Oregon from June 8-11, 2022; however, he cashed his chips in the discus Friday, May 27, 2022, qualifying on his final throw of 183-5 to finish 10th.

The top 12 advance in any given event.

Gumbs is the first male thrower to advance to the NCAAs in multiple events in Northwestern State University (NSU) history and just the second of any gender, joining Trecey Rew in 2010 (shot put and discus).

Gumbs has also become the first thrower from the Eastern Caribbean to qualify for the Championships in either the shot put or discus throw.