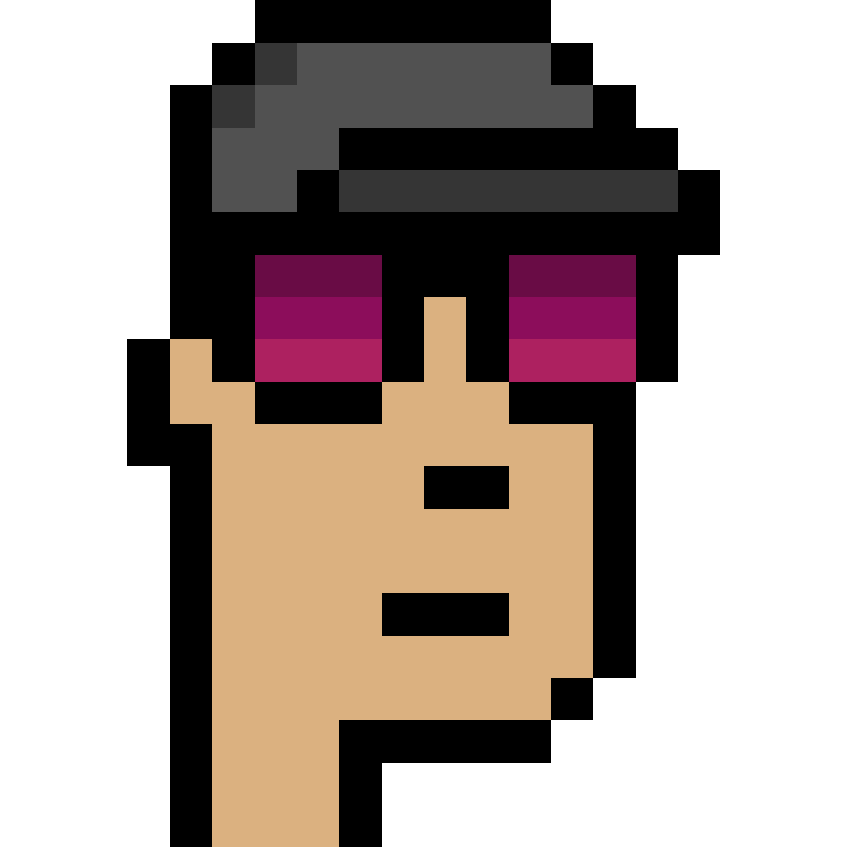 CryptoPunk #273 might not tell us definitively, but the recent massive loss from its sale is a useful data point in the broader picture.

Has the market for rudimentary pixelated cartoon heads already peaked?

Part of one of the earliest and best-known collections that sparked the hype around digital collectibles, this non-fungible token (NFT) was launched in mid-2017 by Larva Labs as part of a set of 10,000 generated by computer—largely at random. "Inspired by the London punk scenes, the cyberpunk movement, and electronic music artists Daft Punk," per the company, these NFTs typically fetch higher prices than many other copycats save for the Bored Ape Yacht Club (BAYC).

According to CryptoPunks Bot, a Twitter account that reports on the latest bids and sales, however, the NFT changed hands on Sunday for a price of just under $139,000 after having previously sold for $1.03 million in October.

Excluding the loss from a depreciation in the value of ether, the seller lost in constant currency terms nearly 80% of the value of the investment, accepting just 55 ether for an NFT the individual paid 265 ether for only seven months earlier—a staggering loss.

Now, CryptoPunk #273 may be just one example, and not indicative of more sought-after CryptoPunks. Their value is in part dictated by traits like clothing, hairstyle, and makeup. These individual features are tracked in aggregate to determine a specific CryptoPunk’s rarity within the broader collection.

Recently the creator of the Bored Apes, Yuga Labs, acquired the intellectual property rights to the collection along with Larva’s other project, the Meebits, for an undisclosed sum, promising to grant full commercial use of their likeness to owners.

Data points like CryptoPunk #273 suggest the company—backed by venture capitalists Andreessen Horowitz and managed by CEO Nicole Muniz and partner Guy Oseary on behalf of two erstwhile anonymous men—may have more difficulty than expected to earn a return on its investment.

Critics have argued the only ones who really have benefited from NFTs are cryptocurrency holders who discovered that NFTs created a reason for more people to buy and spend crypto—and thereby could increase the value of their holdings in the process.

Recently speculation has emerged about whether interest in NFTs is on the decline after a year of hype in 2021. The number of active wallets has allegedly plummeted by 88%, according to analysis by NonFungible published in the Wall Street Journal.

Supporters of NFTs have attacked the story for spreading FUD (fear, uncertainty and doubt) with inaccurate and unreliable primary source data.

Perhaps the most worrying sign for NFT boosters is the star-crossed resale of an NFT of the first tweet ever sent by Twitter cofounder Jack Dorsey. After purchasing it for the equivalent of $2.9 million in ether, blockchain entrepreneur Sina Estavi put it up for sale on the marketplace Opensea. The highest bid at the time of publication was the ether equivalent of $24,741.

These worrying signs hasn’t stopped crypto exchanges like Coinbase and now Kraken from opening a platform for trading NFTs, however.

Perhaps the most famous NFTs—thanks to celebrity endorsements from stars like Snoop Dogg—are the 10,000 Bored Apes, which became unique for granting the owner the right to commercialize their likeness. This allowed companies like Adidas to market products featuring the likeness of its Bored Ape #8774, which the sportswear maker calls Indigo Herz.

Promoters of NFTs do not attempt to appeal with the digital artwork alone, nor do they only rely on the fear of missing out (FOMO) by advertising the artificial scarcity of these collections. They also often claim that purchasing ownership grants the NFT holder rights to join an exclusive “Web3” community in the metaverse alongside A-listers like Snoop Dogg, Paris Hilton, Jimmy Kimmel, and Eminem.
Add Comment