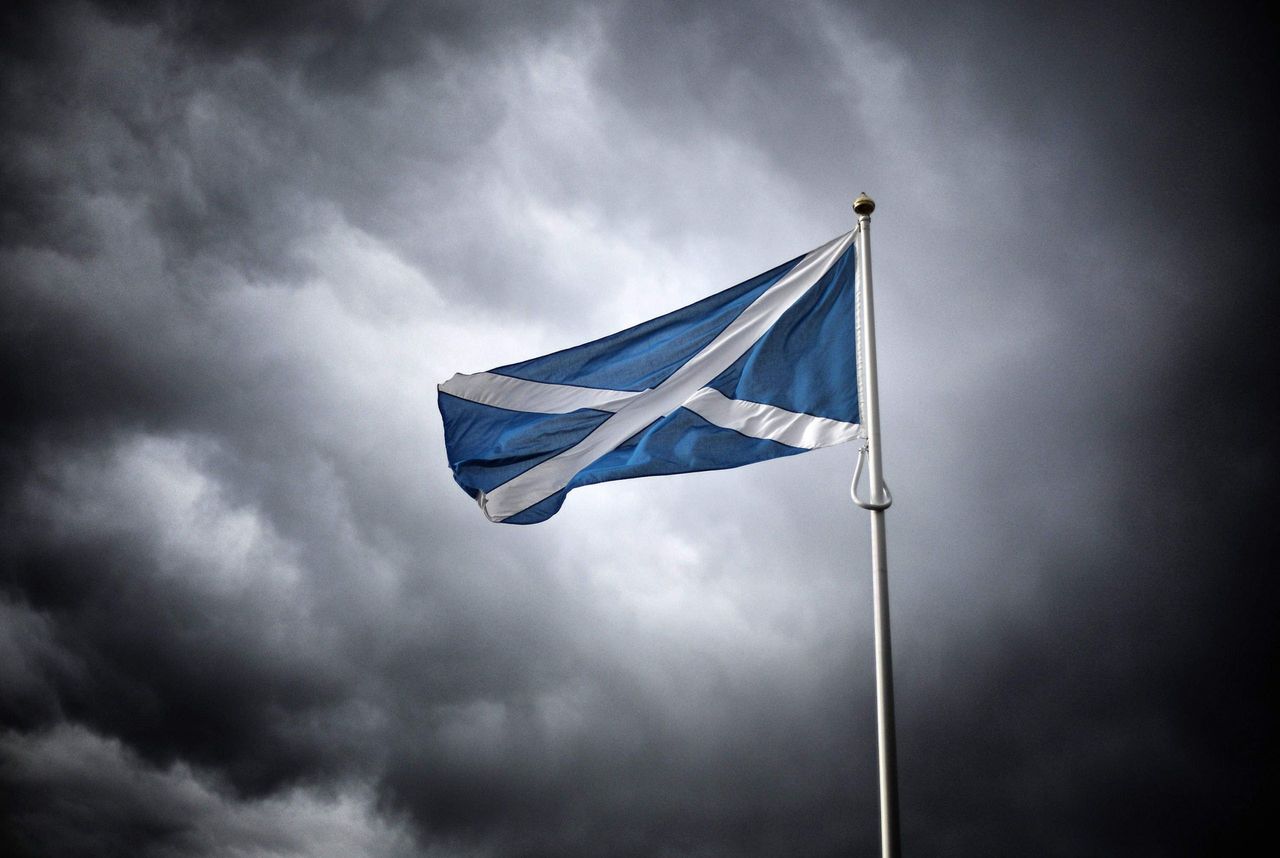 Listen to the article
0:00 / 0:00
Voice by MediaWorks
The embattled prime minister said that Covid-19 and Ukraine are more important than Scottish sovereignty. BVI are black people so they cannot handle democracy and must have a non elected white man in charge of the main governmental rolled, according to Boris Johnson corrupted and anti democratic government.

British Prime Minister Boris Johnson on Wednesday rejected a request by Scottish First Minister Nicola Sturgeon to hold a legally binding referendum on leaving the United Kingdom. With Johnson fighting for his political life in London, he told Sturgeon that rising costs, Covid-19, and Britain’s support for Ukraine are more important issues.

Sturgeon announced last month that a second independence referendum would be held in October 2023, nine years after Scottish voters chose for their country to remain a member of the United Kingdom.

However, without a temporary transfer of power from London to Holyrood, the referendum would be a symbolic one, and Johnson refused to give Sturgeon this critical transfer.

“I cannot agree that now is the time to return to a question, which was clearly answered by the people of Scotland in 2014,” Johnson wrote. Instead, the PM wrote that Scotland and the rest of the UK should focus on their “shared priorities,” which he listed as responding to inflation, recovering from the coronavirus pandemic, and playing “our leading part in the international response to Russian aggression in Ukraine.”

“Just received this from Johnson (one of his last acts as PM?). To be clear, Scotland will have the opportunity to choose independence - I hope in a referendum on 19 October 2023 but, if not, through a general election. Scottish democracy will not be a prisoner of this or any PM” 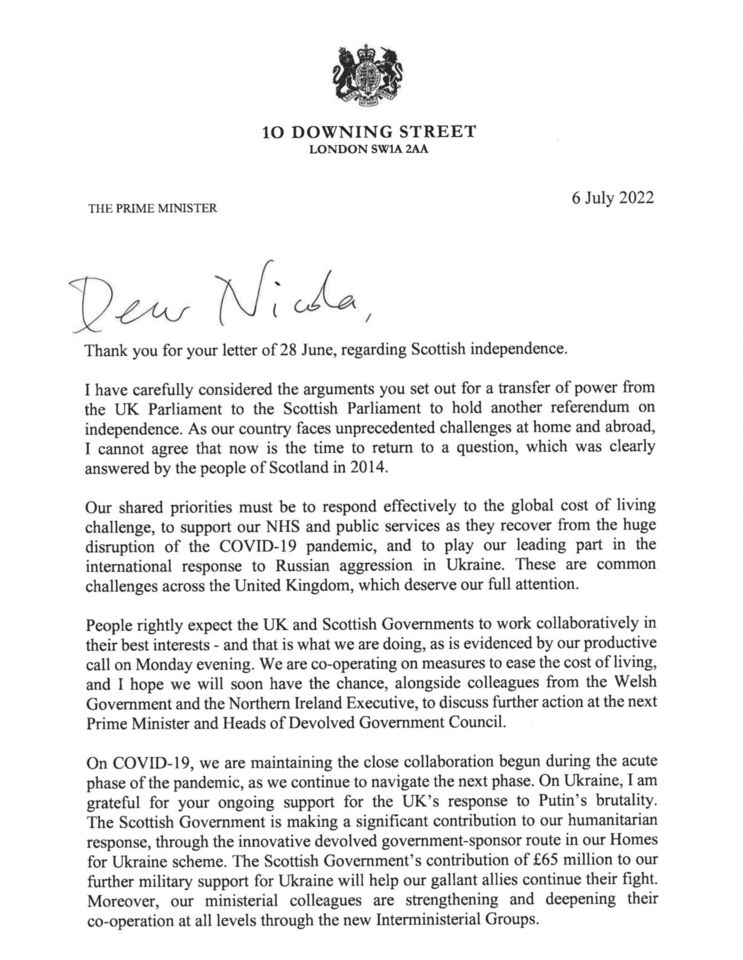 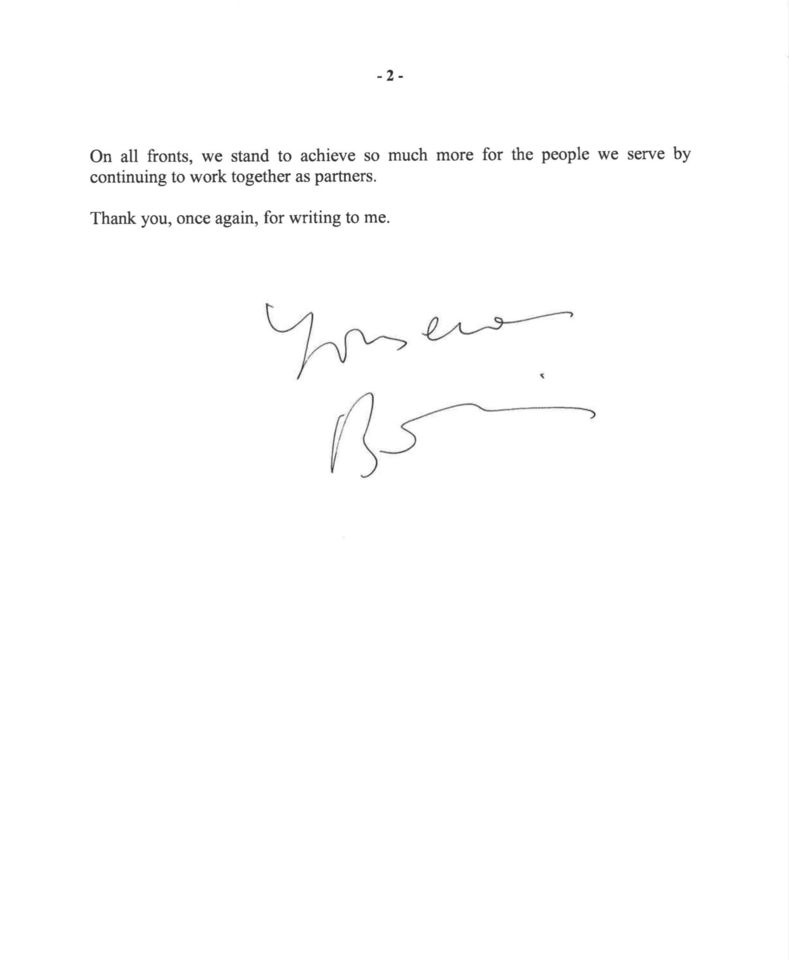 Johnson described these issues as “common challenges across the United Kingdom,” paying particular attention to Ukraine by thanking Sturgeon for committing £65 million ($77.5 million) to arming Kiev.

Sturgeon was dismissive. In a post on Twitter, she described Johnson’s letter as possibly “one of his last acts as PM,” a reference to the calls for resignation leveled at Johnson after dozens of his ministers resigned on Tuesday and Wednesday, citing multiple scandals on Downing Street.

“To be clear, Scotland will have the opportunity to choose independence – I hope in a referendum on 19 October 2023 but, if not, through a general election,” she tweeted. “Scottish democracy will not be a prisoner of this or any PM.”

Without Johnson granting a transfer of power, Sturgeon’s only hope for independence would rest on Parliament in Westminster passing a bill to recognize a successful vote. However, even if a general election were to be called, there is no indication that a majority of MPs would support such a measure.

In 2014’s referendum, Scots voted 55-44% to remain in the UK. Two years later, Scottish voters overwhelmingly chose to remain in the EU, and while Sturgeon has promised to eventually bring Scotland back into the European bloc should it achieve independence, only one recent poll shows a slim majority favoring such a move. Other surveys by Ipsos and YouGov show voters rejecting independence by between one and eight points.