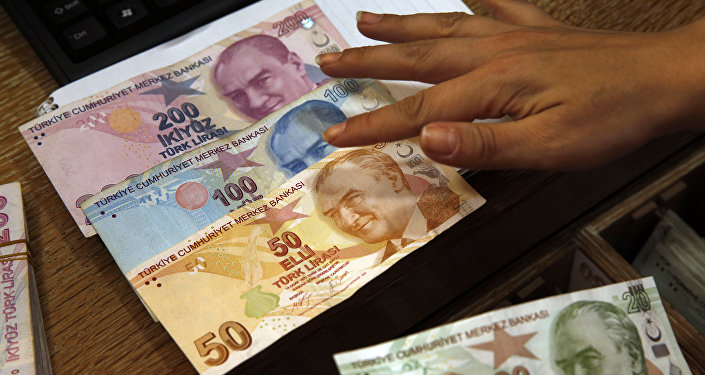 The depreciation of the Turkish lira does not reflect the state of the country's economy, President Recep Tayyip Erdogan said on Wednesday.

The Turkish national currency plummeted by 17 percent against the US dollar on Monday in the wake of Erdogan's decision to replace the head of the central bank, Naci Agbal, mere months after he took office. As of 11:00 GMT on Wednesday, the lira was trading at 7.98 to the dollar.

"The fluctuations in the markets over the past few days certainly do not reflect the fundamentals of the Turkish economy, its real dynamics and potential. Turkey's industry has once again demonstrated its resistance and strength. Indicators in the financial sector show that we have a more robust structure than many developed and developing countries", Erdogan said addressing the 7th congress of the ruling Justice and Development Party.

The president also called on Turkish citizens to invest currency and gold in various financial structures, the economy and production instead of keeping them at home.

Erdogan fired Agbal, appointed to the post of the central bank chief in November 2020, after the regulator decided last week to increase the interest rate from 17 percent to 19 percent. The ex-central bank head was replaced by Sahap Kavcioglu, a former lawmaker from the ruling party.