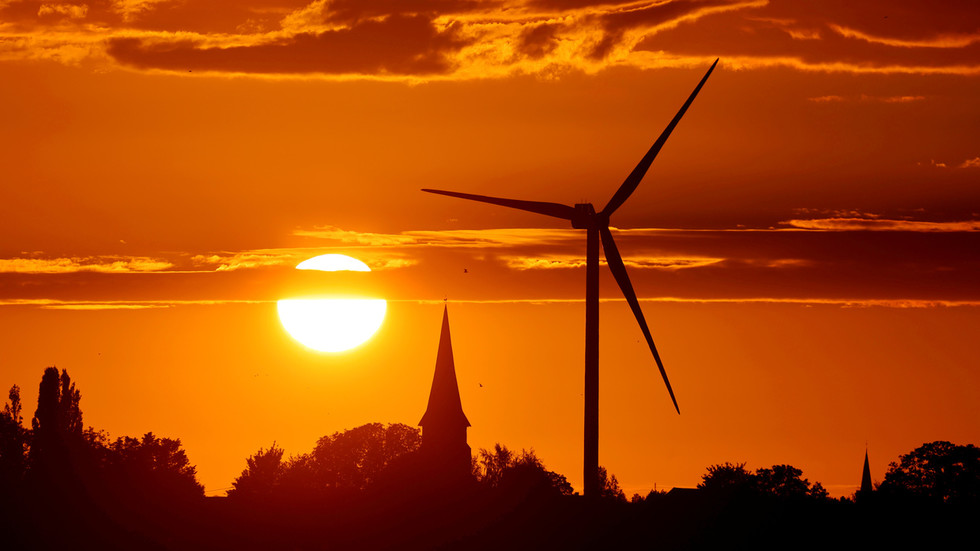 EU’s green energy policy must be based on economic & climate concerns, not political competition

Europe’s clean energy initiatives should be based on a rational long-term strategy, including both the needs of economic development and environmental protection, Hungarian Foreign Minister Peter Szijjarto told RT.

Hungary was the first European nation to ratify the Paris climate agreement, Szijjarto said, adding that Budapest would very much like to see Europe achieving the goals set out in the European Green Deal – a set of policy initiatives aimed at making the EU climate-neutral by 2050.

However, the pursuit of these goals, which involves EU states cutting emissions by at least 50% by 2030 (compared to 1990 levels) should not turn into an irrational political debate or senseless competition, the foreign minister told RT.

Szijjarto said EU nations need a viable long-term strategy that considers economic development as well as climate concerns, which he said can go hand-in-hand, adding that disrupting this balance will undermine the credibility of green policies.

Gas, including that supplied by Russia, “must be considered one of the main sources of energy when it comes to the transition period,” the foreign minister said.

Unfortunately, some European politicians have let themselves be guided by political squabbles, he said, adding that “there is a very strong anti-gas sentiment in some circles in European politics,” amid continued tensions between Brussels and Moscow.

Szijjarto criticized what he called “very short-sighted decisions” from the European side, and called for a setting aside of politics and a return to “normality, common sense, and rationality” regarding energy strategy, including gas supplies.

The FM’s words come amid soaring gas prices in Europe. Some nations have seen prices rise by as much as 250% in recent days, with a knock-on effect being felt in the industry. Homeowners also face higher heating bills with winter fast approaching. Several energy companies in the UK, which has seen some of the sharpest increases, have entered into talks with the government to prevent them from potentially going bust.

Some European politicians were quick to blame the development on Russia – something Moscow has repeatedly denied. Kremlin Spokesman Dmitry Peskov said last month that Russian energy giant Gazprom was fulfilling all of its commitments under the contracts with its European partners.

Earlier, President Vladimir Putin said Russia could supply additional gas to Europe, while blaming the soaring prices on European leaders’ decision to opt out of long-term gas contracts in favor of spot prices, which opened the door to stock market speculation.

Reliance on wind farms could be another factor behind the crisis, since it resulted in a shortage of electricity, Putin said.

Last week, Hungarian Prime Minister Viktor Orban blamed the record prices on “bureaucrats in Brussels” who are fighting for ecology by continuously raising the price of energy generated from coal and gas. He also said the EU should abandon its climate policies if they are the reason for the crisis.