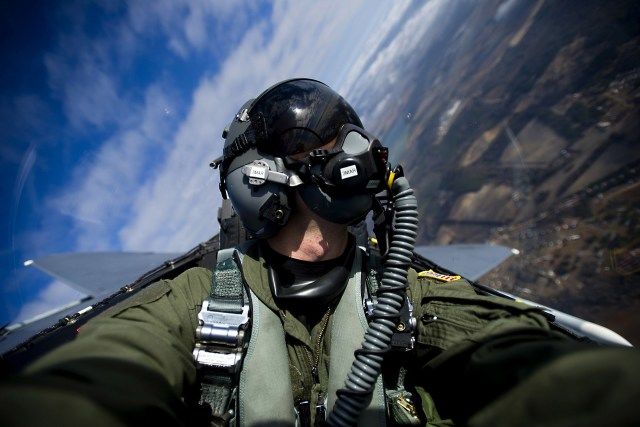 A former U.S. military pilot arrested in Australia and facing likely extradition to the United States on undisclosed charges listed the same Beijing address as a Chinese businessman jailed in the United States for conspiring to hack U.S. defence contractors' computers, documents show.

Details of the U.S. arrest warrant and the charges he faces are sealed, his lawyer said. Consequently Reuters was unable to determine the specifics of Duggan's case.

"He denies having breached any U.S. law, any Australian law, any international law," Duggan's lawyer Dennis Miralis of Nyman, Gibson and Miralis said outside a Sydney court on Friday.

Miralis said Duggan was being moved to a maximum security prison in the regional town of Goulburn and that he did not seek bail at the directions hearing in the Sydney local court. The matter was adjourned until November 28.

A former military pilot told Reuters that Duggan, who became an aviation consultant after his military service, moved from Australia to Beijing in 2013/2014 to work with a Chinese businessman called Stephen.

Shown a photograph by a Reuters reporter, the former military pilot identified Stephen Su, the Chinese businessman convicted on hacking charges in the United States, but did not supply details about the business the two were involved in.

Duggan's LinkedIn profile also said he was in China during this time.

Another aviation source said Duggan went to Beijing to work with Stephen Su, also known as Su Bin in China.

Su Bin was arrested in Canada in July 2014 and jailed in the United States two years later, in a high-profile hacking case involving the theft of U.S. military aircraft designs by the Chinese military in which he pleaded guilty, court records show.

A Reuters review of company filings for Duggan's former business Top Gun Tasmania to the Australian corporate regulator showed Duggan had certified documents that notified of his change of address and his sale of the company in January and April 2014, stating his residential address from December 2013 was an apartment in Beijing's Chaoyang district.

The same address appeared on the U.S. Entity List in August 2014 as belonging to Su Bin and his aviation technology company Nuodian Technology, also known as Lode Tech in English language marketing material.

The U.S. Entity List, which refers to both company names, is a trade blacklist of people and companies deemed to pose a risk to U.S. national security.

The address, Building 1-1, No. 67 Caiman Street, Chaoyang Road, remains on the U.S. blacklist for involvement in the unauthorised exploitation of U.S. Department of Defense contractor computer systems to illicitly obtain controlled technology related to military projects.

When Reuters visited the Beijing address this week the reporter was told it was a residential building and denied entry.

The U.S. blacklist also cites a second address for Nuodian Technology and Su Bin, in an office complex next to the residential building. Reuters was told by a building manager someone from Nuodian Technology had opened an office there, but added the company moved out seven to eight years ago. This is around the time of Su Bin's arrest.

Su Bin, 51, was sentenced to a 46-month prison term in 2016 by a Los Angeles court after being charged with taking part in a years-long scheme by Chinese military officers to obtain sensitive military information.

Su Bin pleaded guilty to conspiring with two Chinese air force officers who hacked into the computer systems of Boeing and other companies to obtain data about military projects, violating the arms export control act.

EXTRADITION UP TO U.S.

Duggan arrived in Australia from China weeks before his arrest and had interacted with Australian intelligence agencies, his lawyer said. He did not name the agencies, provide details on what was under investigation or Duggan's possible role in it.

Miralis said the United States should not make an extradition request until this complaint was resolved.

Under Australia's extradition treaty with the United States, an extradition request must be made within 60 days of arrest.

"It's important to understand the legal system in Australia has not yet seized jurisdiction of the matter, we are more in the area of international relations, and it is a decision for the United States State Department to determine whether or not it wishes to send an extradition request to Australia," said Miralis.

The United States Department of Justice has declined to comment about Duggan's case.

Australia's Attorney General's Department said it could not give details of any possible extradition request and China's foreign ministry said it was "not aware of this situation", in response to Reuters written questions.

Robert Anello, the lawyer who represented Su Bin in the 2014 hacking case, declined to comment and Su Bin could not be reached for comment.

Duggan's arrest came the same week Britain warned dozens of former military pilots to stop working in China or face prosecution by the British government on national security grounds under new laws to stop former RAF pilots training the Chinese military, because it risked the transfer of secrets and information about British air force capabilities.

Brad 82 days ago
The naivety of Americans to use their real identity on Facebook or any social media platform opens them up for a false flag the US government would use against America citizens.
The dollar is in collapse and the US government is pissed off at BRICS a gold back money system.
The US dollar is backed by oil a rigged product that has allow lying politicians to print unlimited money.
The US government will try to control the world educate yourselves " NOW"
This military person is being used by tge US government I can see the plan.


Udo Ulfkotte says all media controlled by the CIA

A 70-Year War on ‘Propaganda’ Built by the CIA

Western Journalists for Hire: How the CIA Buys News

CIA Buys News” Ulfkotte goes over how the CIA along with German Intelligence (BND) were guilty of bribing journalists to write articles that either spun the truth or were completely fictitious in order to promote a pro-western, pro-NATO bent, and that he was one of those bought journalists.

Ulfkotte finally built up the nerve to publish the book, in response to the erupting crisis in Ukraine stating

I am deeply worried about the Ukrainian crisis and the possible devastating consequences for all of Europe and all of us…I am not at all pro-Russia, but it is clear that many journalists blindly follow and publish whatever the NATO press office provides. And this type of information and reports are completely one-sided”.

“I am ashamed of it. The people I worked for knew from the get-go everything I did. And the truth must come out. It’s not just about FAZ, this is the whole system that’s corrupt all the way.”

Udo Ulfkotte has since passed away. He died January 2017, found dead in his home, it is said by a heart attack. His body was quickly after cremated and thus prevented any possibility of an autopsy occurring.

In another interview Ulfkotte stated:

The articles appeared under my name several times, but they were not my intellectual product. I was once approached by someone from German Intelligence and the CIA, who told me that I should write about Gaddafi and report how he was trying to secretly build a chemical weapons factory in Libya. I had no information on any of this, but they showed me various documents, I just had to put my name on the article. Do you think this can be called journalism? I don’t think so.”