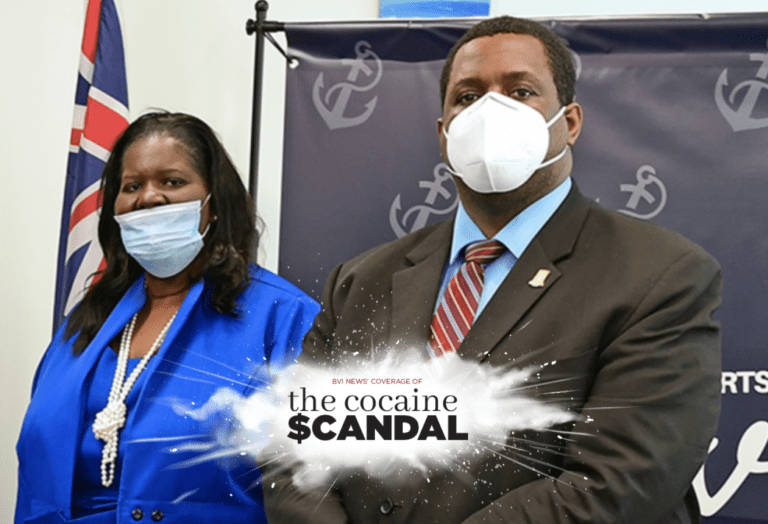 Just days after reports first emerged that former Premier Andrew Fahie and his co-accused Oleanvine Maynard were hit with new charges, the duo is now set to make an appearance before the court this week.
Court records show that Fahie is expected to appear before a Florida court along with Maynard on November 16, where they are both expected to enter pleas to the new charge of Interstate and Foreign Travel in Aid of Racketeering.

According to the new charge, the duo knowingly travelled in interstate and foreign commerce with the intent to promote, manage, establish, carry on, and facilitate the promotion, management, establishment and carrying on of an unlawful activity that is a business enterprise involving narcotics or controlled substances, in violation of Title 21, United States Code, Section 963.

While Maynard’s son, Kadeem aka Blacka was not issued those new charges, he too is expected to appear the following day for an arraignment, according to court filings.

Accused get second set of discovery


In new court documents filed, prosecutors shared that the three accused were given further disclosure about their matters and are now in receipt of transcripts as well as video and audio interviews which followed their arrest.

“The United States hereby files this Second Response to the Standing Discovery Order, which details additional discovery production since the First Response,” the court document stated.

The video recordings, according to the court document, were sent to lawyers for the accused trio on November 10 but were based on interviews conducted on April 28 when Fahie and Maynard were first arrested.

The trial of the trio is expected to begin in mid-January next year, but it is unclear whether this new development will require a new date for the commencement of the trial.
#Fahie
Add Comment