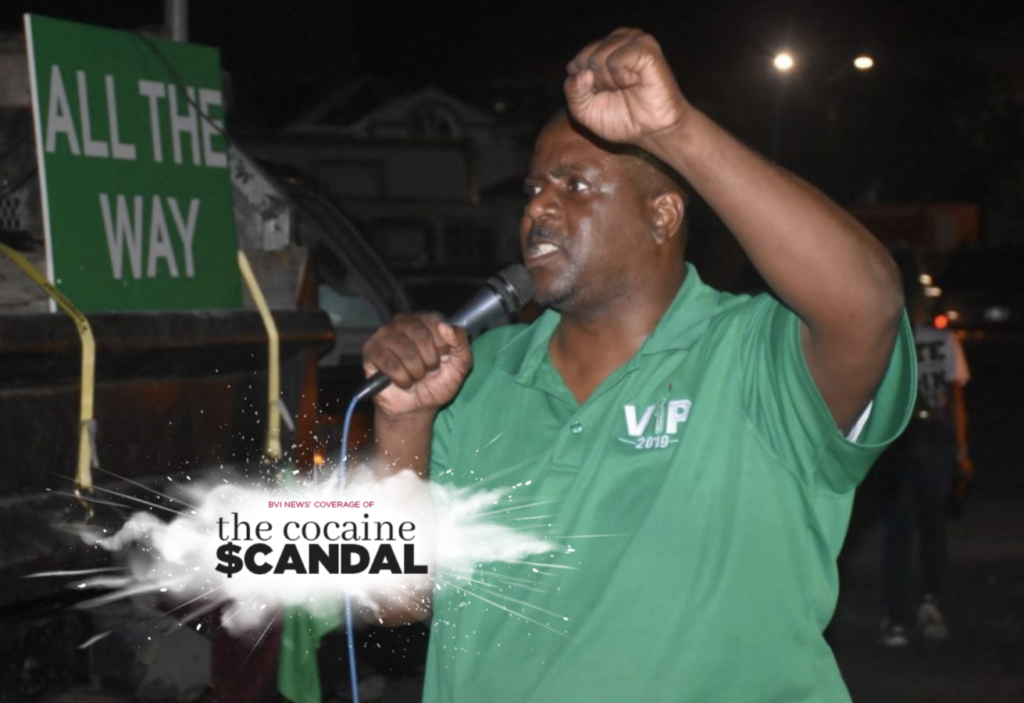 Fahie granted $1M bail after failed appeal by US prosecutors

Former Premier of the Virgin Islands, Andrew Fahie, was granted a new bail offer when he appeared in the South Florida Federal Court yesterday, May 23, after a judge struck down the United States prosecutors’ appeal against the initial bail offer he received in early May.
The federal court told BVI News on Tuesday that Fahie’s latest bail bond stands at one million dollars. This is double the $500,000 he was initially offered.

The Nebbia condition remains as Fahie must prove to the judge that the money for his bond comes from a legitimate source. Failure to do so will result in the suspension of the bond.

In addition, the condition of the bail requires Fahie to wear an ankle monitor and his defence attorney can only visit him at his daughters’ apartment in southwest Miami-Dade County. His family – daughters and wife – must also surrender their passports to United States officials. Fahie also cannot be found within close distance to any transportation centres including bus stops.

The United States prosecution had argued that Fahie should be held in lock-up until his trial because he was a flight risk. They also argued that he would be a danger to the community if he was released.

The former Premier is accused of attempted drug smuggling and money laundering along with the BVI Ports Authority Director Oleanvine Maynard and her son Kadeem Maynard. Oleanvine, represented by a court-appointed attorney, has declined to file for bail and has also invoked her rights to not be questioned by United States officials.

Meanwhile, Kadeem has not made an appearance in the Florida Court yet. He is currently being held in detention in Puerto Rico.
#the Virgin Islands  #Fahie
Add Comment