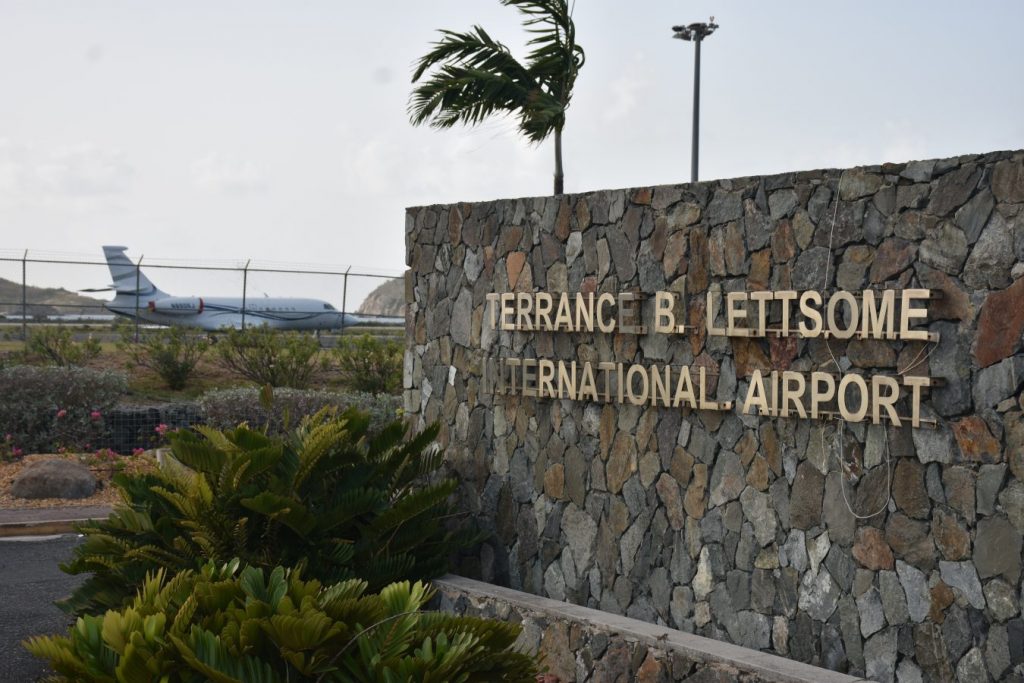 History was created in the British Virgin Islands on Friday, December 20 as the Terrance B Lettsome International Airport welcomed its largest-ever commercial flight to the territory.

An estimated 60 passengers travelling on Titan Airways Airbus A318 arrived on Beef Island around 3:30 pm on a direct flight from Canada.

Premier Andrew Fahie was among the many dignitaries who were present during the historic occasion and said more of the same arrivals are anticipated in the territory.

“This is one of many things to come … Right now when we have a 318 like this that can land on our runway coming straight from Canada, that left Canada this morning at 7:30, and was a direct flight and landed here, and still had about 2,000 feet left when it landed shows that we are in for big things here in the BVI with planes of this size,” Premier Fahie stated.

Just a few days prior, Premier Fahie had stated in the House of Assembly that the BVI Airports Authority is in involved in a number of negotiations with various airline companies.

He said the negotiations are to enhance and increase the air service delivery to the territory and to position local airports among the best rated in the region.

“In October 2019, a delegation led by the Chairman of the BVI Airports Authority and the BVI Tourist Board travelled to Trinidad to commence negotiations with CAL (Caribbean Airlines Limited) on the introduction of service to the BVI. The discussions were fruitful and CAL immediately began to explore the possibility of operating under service route, between Barbados and the BVI, previously serviced by LIAT,” the Premier stated.

He further said: “They also explored connecting the rest of the world to the BVI by providing service to Punta Cana. The feedback received by CAL were very positive and the Authority is currently awaiting a proposed schedule from CAL, for service in the BVI.”

The Premier also revealed that the BVIAA board also met with Silver Airways – which owns Seaborne Airlines that currently services the Beef Island to San Juan route – to have them enhance air service delivery to the territory.

“Silver is in the process of changing out their aircraft fleet to the ATR’s and is expected to service the BVI with their ATR 72 aircraft, commencing in the first quarter of 2020. They are also expected to add additional destinations within the region from the BVI, providing greater accessibility and enhanced service delivery to the territory,” Premier Fahie stated.
Add Comment