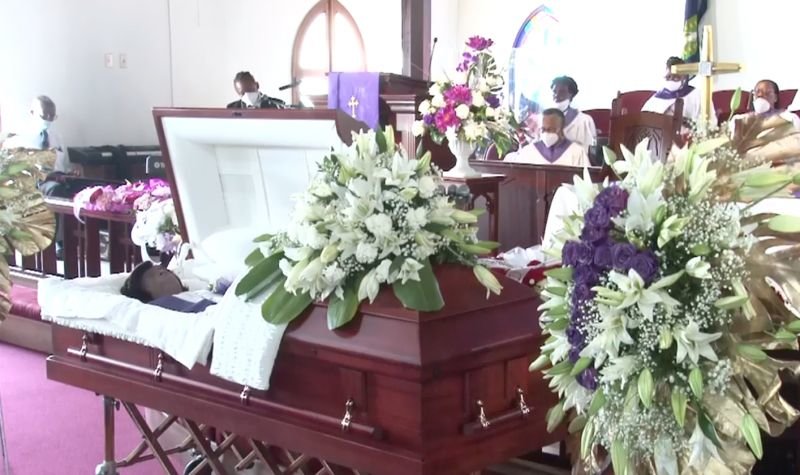 Despite the restrictions due to COVID-19, the Road Town Methodist Church was filled along with the overflow church hall to celebrate the life of a wife, mother, aunt, teacher, businesswomen and a woman of the cloth.

Rev O’Neal the wife of the late Ralph T. O’Neal OBE died on May 24, 2020, at the age of 77 years after a brief illness at her home. She is survived by one daughter Abigail O’Neal, and Sister Essie Maduro. She is also serviced by brothers Alfred, Raphael, Donald and Carl Christopher.

The late First Lady has a long list of community services and also as a businesswoman. For her services to the community the late Mrs O’Neal was awarded the Humanitarian Award by the BVI Hotel and Commerce Association in 2001, the Citizen of the Year by the Lions Club of Tortola in 2008, a Paul Harris Fellow by the Rotary Club of Tortola in 2009 and the OBE by Her Majesty the Queen, Elizabeth II in 2003.

At the ceremony which was also live-streamed online via Facebook and Zoom, many persons commenting poured out words of tribute in celebration of the life of Mrs O'Neal.

The Late First Lady was buried at the Methodist Church Cemetery in upper Road Town on the main island of Tortola.