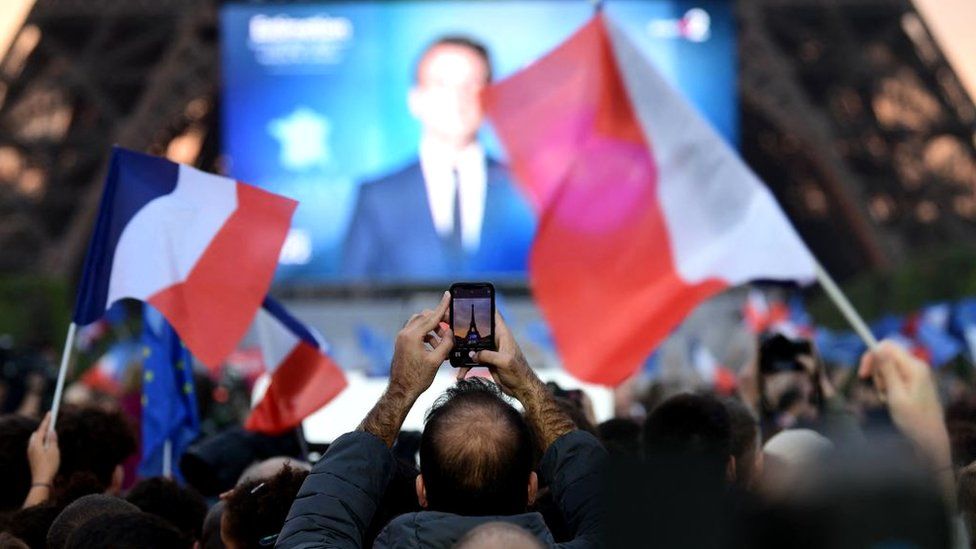 Before the caveats, it is only fair to acknowledge the scale of President Macron's achievement. 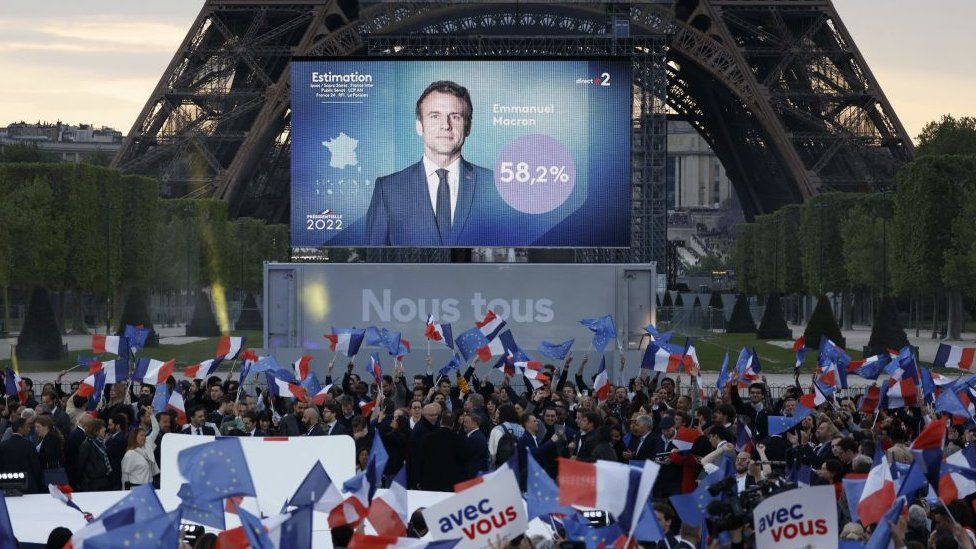 Macron's supporters were happy - but has he forced those who oppose him to the extremes of the political spectrum?

Not enough is being made of this, but this is the first time ever that a governing president of the Fifth Republic has been re-elected.

Yes, presidents have retained the Elysée before. But both François Mitterrand in 1988 and Jacques Chirac in 2002 were effectively in opposition in the period running up to the vote.

In both cases, actual government was - as a result of mid-term parliamentary elections - in the hands of the president's foes. Though in office, Mitterrand and Chirac were politically impotent - but that helped when the wheel turned again and they found themselves back in favour.

As for Charles de Gaulle's victory in 1965, he'd never been elected by the people in the first place.

So, Emmanuel Macron is the first president in modern times who, after running every aspect of foreign and domestic policy for a full term, has once again won the trust of the people.

When you consider France's longstanding relationship with government - which is essentially to cheer 'em in, then chuck 'em out at the first opportunity - this is no mean feat.

He has done it by two methods, the first of which bodes well for the next five years, the second less so.

The results suggest that hidden beneath the seething mass of social media caricatures - the arrogant Parisian rich, the angry provincial mob - there are millions of French people of the middling type who feel that Emmanuel Macron has not been at all a bad president.

These people appreciate that unemployment is no longer a political issue, largely because of Macron's reforms. They think his handling of Covid was competent, and they agree that pushing back the age of retirement is inevitable. 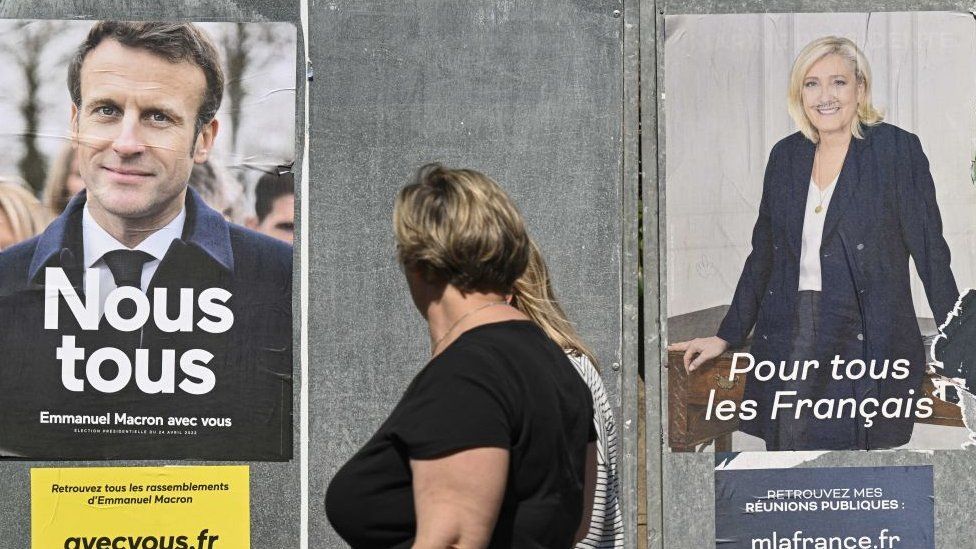 They also discern a leader who can more than hold his own on the international stage. They are glad there is someone at the Elysée with the stature to talk straight with Putin, even if it proved a fruitless endeavour.

And they reckon that under Macron France can aspire to take the lead in Europe, at a time when his vision of greater military and economic autonomy for the EU is looking more and more relevant. The contrast on this front with Marine Le Pen could not have been starker.

These people may not particularly like Emmanuel Macron - he's too different - but enough have come to respect him.

However, the second aspect of the Macron methodology is more problematic - and this is where the caveats come in.

Five years ago, Macron made a brilliant gamble about the state of modern politics.

By straddling the centre, he destroyed the old pairing of conservatives and social democrats, and using the powers implicit in De Gaulle's Fifth Republic, he installed a highly personalised and highly concentrated system of government from the Elysée.

Opposition was forced to the "extremes" of left and right, where he trusted they could never really pose a threat. So far he has been proved right, as this election shows.

But the election has also demonstrated something else: that more and more people in France are now prepared to dally with the "extremes". They do it because - thanks to the successful Macron revolution - there is nowhere else for them to go if they want to oppose him.

Many of these voters - especially the millions who chose the far-left candidate Jean-Luc Mélenchon - now want their revenge on the newly re-elected head of state.

They hope they can do it at the parliamentary elections which will take place in June. But if that does not work, they dream of a social "third round" in September taking the form of anti-Macron demonstrations on the street, especially if he has by then launched a new wave of reforms.

Emmanuel Macron will no doubt start this second term promising a new kind of government. He'll be more of a listener. He knows there are wounds that need to heal. The trouble is that he has said that kind of thing before, and a lot of people simply don't believe him.

"Not only has this election shown that there are two opposing Frances out there. It's also revealed a growing tendency for people to say that the opposite camp is not legitimate," said commentator Natacha Polony.

"In the past elections always ended with someone who people recognised as president of all the French. I'm not sure that is the case any more."