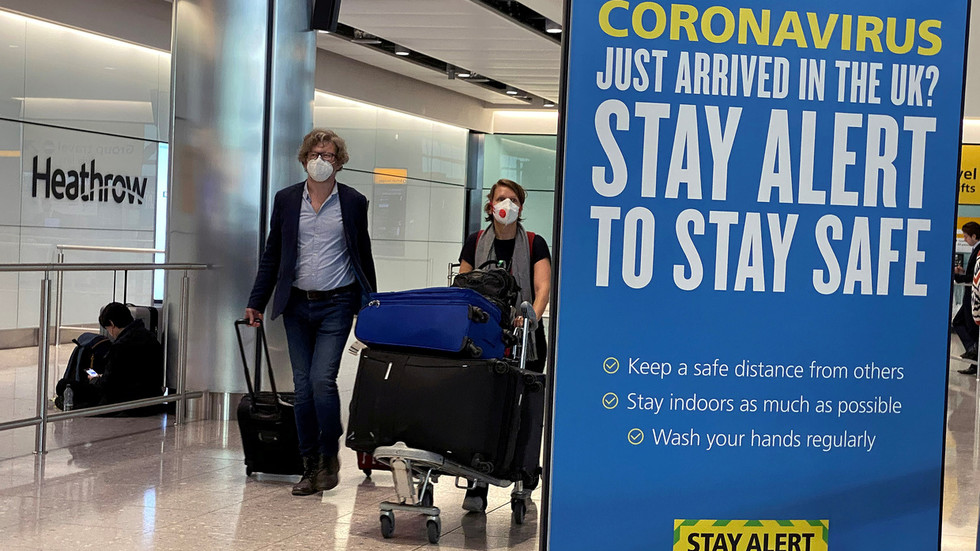 ‘Global Britain’ will be nothing but a ‘campaign slogan’ if UK doesn’t introduce passenger Covid-19 testing, Heathrow boss warns

London Heathrow Airport’s boss has brutally claimed that the UK government’s ‘Global Britain’ policy will be nothing but empty rhetoric if it doesn’t implement Covid-19 testing at airports, after seeing passenger numbers plunge.
In an interview with the BBC on Wednesday, Heathrow’s Chief Executive John Holland-Kaye urged the UK government to restart travel to get the country’s fragile economy going again – by introducing coronavirus testing at airports – and fast. He warned that Britain was an “island nation” but that “we cannot cut ourselves off” from the rest of the world forever.

It comes as the airport reported a 96 percent fall in passenger numbers in the second quarter of 2020, prompted by the coronavirus pandemic that has wrought havoc on both the travel and aviation industries.

Just as the travel industry was hoping to start it’s long road to recovery, there are now fears of a second wave of the deadly virus – and with it, more damaging restrictions – after the UK imposed a 14-day quarantine for people traveling from Spain on Saturday night.

Holland-Kaye believes that if the UK government doesn’t quickly introduce a Covid-19 testing regime, Britain would face “playing a game of quarantine roulette.”

He suggested that a double testing programme has the potential to reduce the duration of the 14-day quarantine. This would see one test carried out at the airport, which could be implemented in two weeks, and a second test at a health center five to eight days later to reduce quarantine time.

UK Prime Minister Boris Johnson has defended the government’s perceived flip-flopping on rules for travelers returning from Spain, insisting that emerging signs of a second wave of coronavirus in Europe was the driving factor behind the new quarantine rules.

“What we have to do is take swift and decisive action where we think that the risks are starting to bubble up again,” he said on Tuesday. However, Labour’s Shadow Health Secretary Jonathan Ashworth branded the way in which the decision was made as “shambolic.”
#COVID-19  #Covid  #Coronavirus  #Boris Johnson
Add Comment