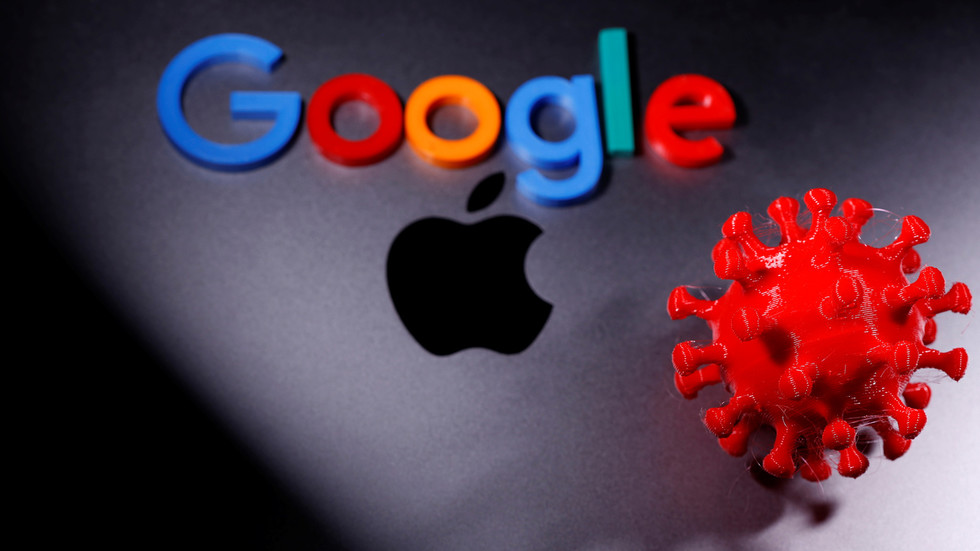 Google has announced that it will ban advertisements from web pages that promote coronavirus conspiracy theories, or challenge the “authoritative scientific consensus” on the deadly virus.
Google has already banned adverts promoting phony coronavirus cures or touting “medical misinformation,” but the tech giant went one step further on Friday, telling CNBC that as of next month, it will ban publishers from displaying Google ads next to coronavirus conspiracy content. The firm added that if a site violates this policy sufficiently, the ban will be extended to the entire site.

As for what kind of content will be deemed ban-worthy, a Google spokesperson told the news outlet that content claiming vaccines are a population control effort, that Bill Gates created the virus, and that it was a bioweapon engineered in a Chinese laboratory would all fall foul of the rule. The spokesperson added that any claims going against the “authoritative scientific consensus” would lead to a ban.

“Authoritative scientific consensus” seems like a term open to interpretation, especially considering science is a method of investigation rather than a fixed set of beliefs. However, Google’s ‘trust the experts’ approach is the latest in a series of attempts to clamp down on coronavirus “misinformation.”

Back in March the company banned most non-governmental content about the outbreak, but reversed course when Democrats in the US complained this approach would benefit the Trump administration. It also banned the sale of face masks, back when the scientific consensus was that they didn’t work. Since then, that consensus has shifted and going without a mask is a fineable offense in some countries.

Google’s crackdown won’t affect news stories debunking conspiracy theories, or explicitly labeling them as such. However, this is in reality no guarantee of safety.
#Coronavirus  #Bill Gates
Add Comment