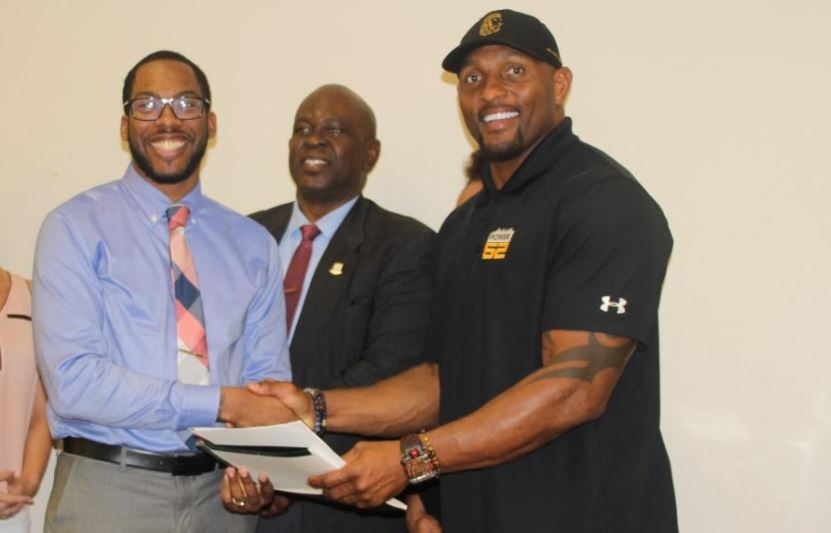 Premier Andrew Fahie has described the signing of a Memorandum of Understanding between the British Virgin Islands and Power52 Incorporated as another step towards transforming the territory as a leading economy in the Caribbean.

The agreement is for Power52 Inc -a United States-based company -to train persons to become solar technicians for the next three years at the H Lavity Stoutt Community College.

“The launch of this training programme is yet another step in our journey to transform the Virgin Islands into a leading regional economy by 2025 and to ensuring that our people are equipped to harness the economic opportunities that will be created as we progress along this path,” Fahie said during the signing ceremony at the Paraquita-based facility on Wednesday.

He continued: “In the past new industries were explored but our people were hardly ever trained for the jobs, and the employment opportunities in these industries went to foreigners because we had to import the labour to support these industries. This time your government has put you the people of the Virgin Islands first. We are training you so that you can get the jobs in the new industry.”

In the meantime, the Premier again reminded persons to take advantage of the government’s removal of import duties on green energy equipment and vehicles.

He added: “This will be done to give the transition to green an extra push. Let me emphasize that the removal of import duties of green energy equipment is for this year only. So I want to urge everyone to take advantage … it will help you to save money and it will be better for the environment.”

Notably, the government is hoping that the BVI goes 60 percent green by 2030.

Loss of revenue but

In the meantime, General Manager of the BVI Electricity Corporation Leroy Abraham said while the renewable energy will reduce their revenue, it is a win-win across the board.

“To some degree, it will [reduce our revenue] but conversely what renewable energy does is it reduces our operational costs and it also correspondingly reduces the volume of funds that we have to on an annual basis expend in reference to the traditional generation fleet that we have to maintain and service,” he remarked.

“So it is a win-win situation for everyone particularly for the utility for the introduction of renewable energy,” he added.