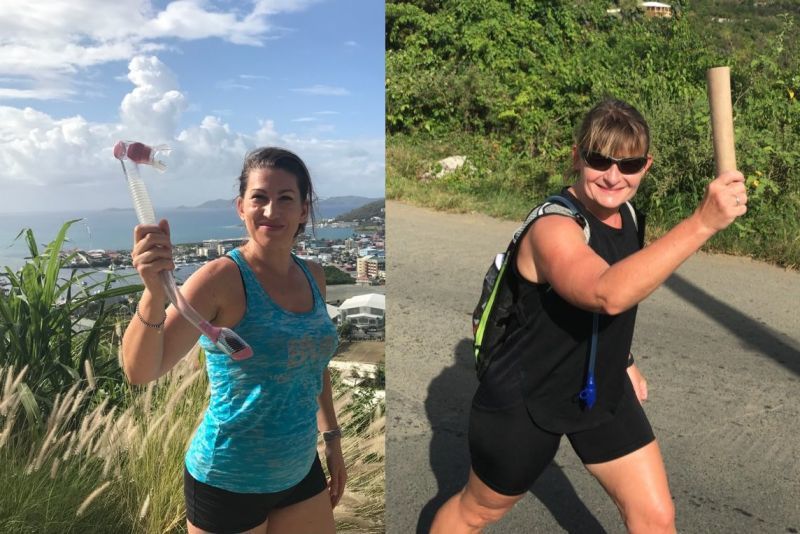 Governor John J. Rankin, CMG, along with United Kingdom staff of the Governor’s Office in the Virgin Islands joined staff from more than 230 British Embassies, High Commissions, Governors’ Offices and Consulates across the globe on a 24-hour global marathon relay to help mental health charities across the world on May 15, 2021.

The Foreign, Commonwealth and Development Office charity marathon drew participants from Vancouver in the west to Samoa in the east; from Wellington in the south to Reykjavik in the north – are taking part, a press release from the Governor’s Office on May 15, 2021, stated.

The Governor and his teammates passed a baton- improvised from household objects such as rolling pins and snorkels- while they ran or walked a mile through the VI.

According to the Governor’s Office, on running his mile, Governor Rankin said: “The Globalmile has been a wonderful way to feel connected to the rest of the world. While my feet are firmly in BVI, I passed the baton onto colleagues in Sri Lanka. Covid-19 has made travel difficult and can make us feel cut off from the world, but today reminded me of the power of connection, with people across the world coming together to raise awareness on the importance of mental health and support charities.”

The Globalmile started in Apia, Samoa and finished in Vancouver, Canada.

Participants at each post had to run or walk a mile, before video-conferencing or tweeting with the next mission to pass the virtual baton on – sending it through the 24 time zones over the course of a day.

The Globalmile follows the effort of 158 posts, which took part in the first year of the event. 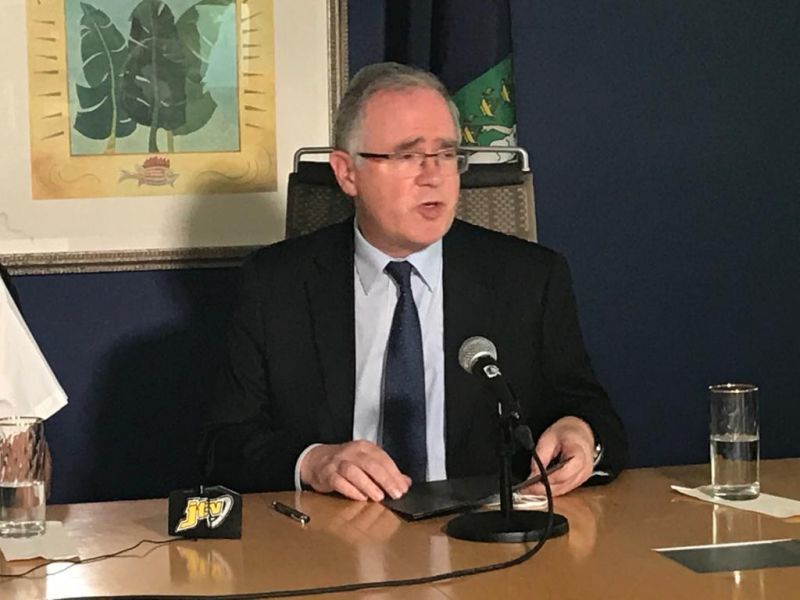 Governor John J. Rankin, CMG, said the Globalmile has been a wonderful way to feel connected to the rest of the world.

The participation of the Governor’s Office in the Virgin Islands in the charity run/walk is a positive move for its reputation.

The Office has come under heavy criticism for what some described as an apartheid system operating in the Governor’s Office, where all the workers in the Foreign and Commonwealth Office (FCO) side are Caucasians and on the local side there are people of colour.

Many have asked during Standing Finance Committee (SFC) over the years why there is a separation and whether it is an example of racism.

Governors over the years have refused to address that situation.