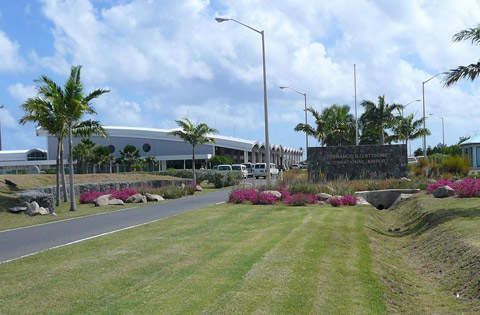 Officers of the Royal Virgin Islands Police Force (RVIPF) have nabbed a group of Haitian nationals who reportedly entered the territory illegally and were seen walking on Beef Island.

A police source said the Armed Response Unit (ARU), in collaboration with the Immigration Department, acting on information received, were deployed to the area where they intercepted a group of suspicious men believed to have entered the territory illegally.

The men were first spotted walking alongside the Airport Road at Beef Island; however, police officers nabbed the six named men hiding in some nearby bushes at Dawson’s Beach.

A police source told our news centre that upon arresting the group of six male Haitian nationals and detaining their clothing, a further search in the bushes revealed a backpack with additional clothing.

The detainees were reportedly taken to a city hotel where police retrieved their ID’s and mobile phones.

It was then, the men reportedly confirmed that a group of ten Haitian nationals left St Marten for St Thomas, USVI on a speed boat; however, the six were dropped off at Beef Island.

2 more believed to have been captured

Police sources also indicated 2 of the 4 remaining persons were reportedly detained at the same location, however, their names have not been released.