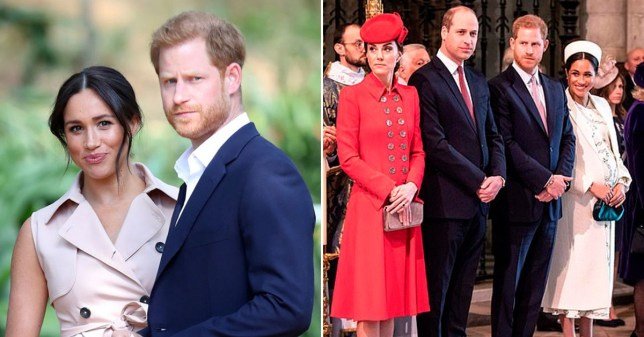 Harry and Meghan book could 'destroy' relationship with Royal family

A new book that’s set to lift the lid on Harry and Meghan’s time in the Royal Family may ‘plunge relations to a new low’, it has been warned.
Extracts of the ‘tell all’ biography of the Duke and Duchess of Sussex are set to appear for the first time this weekend.

Authors Omid Scobie and Carolyn Durand have enjoyed unrivalled access to the couple’s inner circle and some claim they have even managed to speak with them directly.

Palace insiders are dubbing the book the ‘gospel according to Harry and Meghan’ and believe the ‘resentful’ couple will use it to ‘settle scores’, MailOnline reports.

Finding Freedom: Harry, Meghan and the Making of a Modern Royal Family will be published next month.

Sources say the book will outline how Harry and Meghan felt they were ‘spectacularly unsupported’ and several senior members of staff may be in their firing line.

The authors said in a press release: ‘Our mission has been motivated by a desire to tell an accurate version of their journey and finally present the truth of misreported stories that have become gospel simply because of the amount of times they have been repeated.

‘It is thanks to our sources that we have been able to share the definitive story of the Duke and Duchess of Sussex.’

One source told the Mail that they had been warned to expect a ‘revisionist’ version of events concerning their engagement, marriage and brief spell as working royals.

‘It’s going to be the gospel according to Meghan and Harry, so to speak,’ they said. ‘Everything that has happened in terms of Megxit will be seen through the prism of their take on events.’

It is understood that Buckingham Palace fear the book will destroy any hope of Harry and Meghan repairing their relationships with the rest of the Royal Family.

The couple stunned the world in January by announcing they were ‘stepping back as senior members of the royal family’ and would ‘work to become financially independent’.

After initially moving to Canada, they switched to Meghan’s hometown of Los Angeles in March and have remained there during the coronavirus lockdown.
#Coronavirus
Add Comment