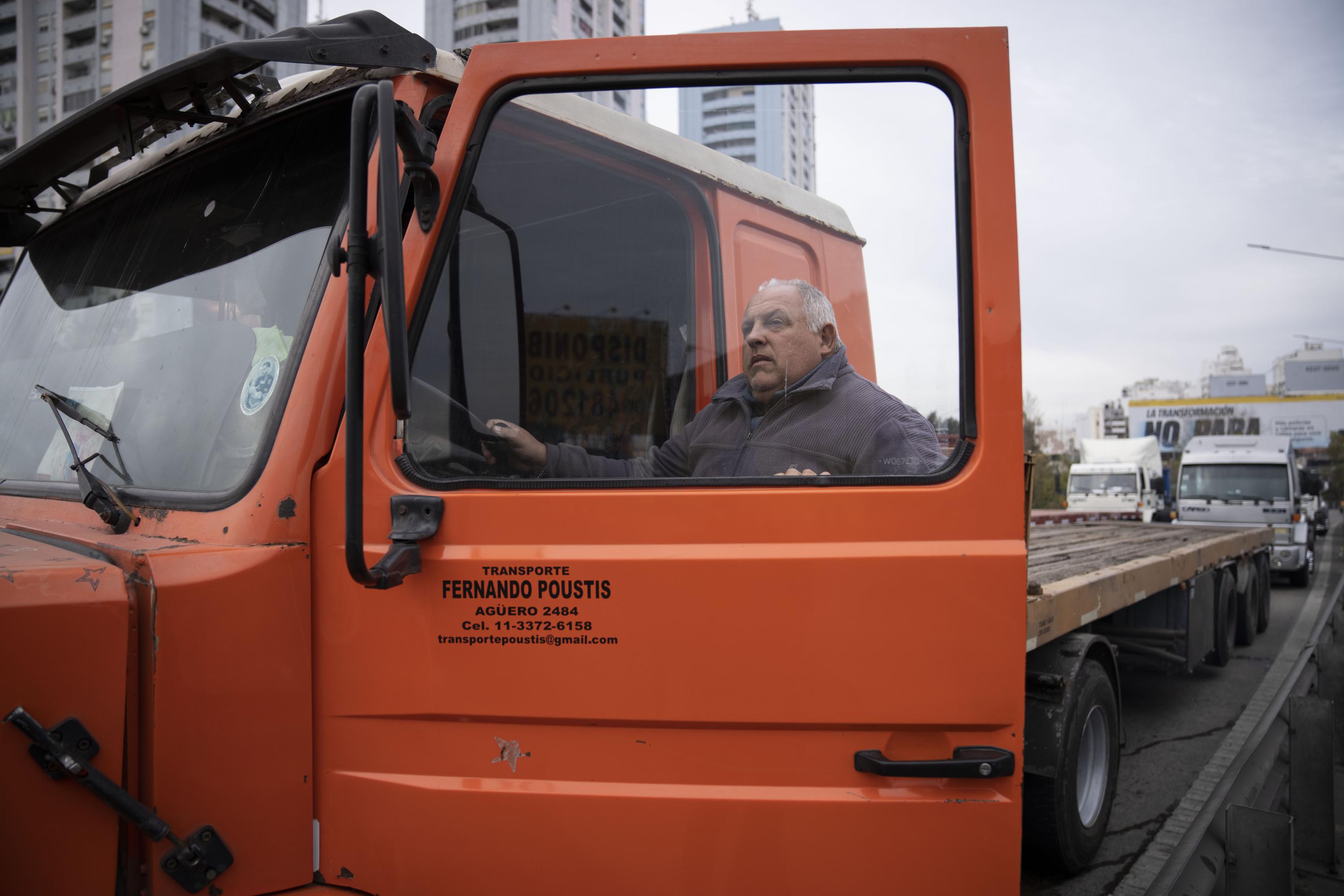 Police in Argentina blocked a major entry point to the capital’s center on Tuesday to keep a group of truckers from joining a downtown protest, adding traffic snarls in Buenos Aires to a series of disruptions caused by anger over rising prices and shortages of fuel across South America, largely as a result of Russia’s war in Ukraine.
Cars were backed up for several kilometers (miles) until truckers agreed to open up a lane to regular traffic as they moved to take a protest over diesel shortages and prices that has been going on for weeks to Argentina’s capital.

Argentina is only one of several countries in South America to see reverberations from increasing fuel prices, largely as a result of Russia’s war in Ukraine.

In Peru, truckers launched an indefinite strike on Monday to protest higher fuel prices while in Ecuador, at least five people have been killed during more than two weeks of a protest led by Indigenous people that has as its main rallying cry a demand for lower gasoline prices.

The reverberations of higher prices are also hitting executive offices. In Brazil, the chief executive of state-run oil giant Petrobras resigned last week amid political pressure due to curb prices.

Drivers around the world are feeling the pain at the pump as gasoline and diesel prices are soaring in large part due to Russia’s invasion of Ukraine as well as the global economic rebound from the COVID-19 pandemic.

That pain is turning into social unrest in several countries in Latin America where quickening inflation, itself fueled by higher energy prices, is making it difficult for many in one of the world’s most unequal regions to make ends meet.

The truckers protesting in Argentina are also demanding higher fees to transport grains.

Truckers have been protesting for weeks due to a shortage of diesel in gas stations around the country and their failed attempt to enter the capital was part of an effort to get the attention of the government of President Alberto Fernandez.

“They’re giving us 60 liters per day to work,” Rubén Darío Fernández, a 61-year-old trucker who was among those trying to enter the capital Tuesday, said. “The problem is you can’t do long trips nor work all week with that.”

In Ecuador, President Guillermo Lasso abruptly cut dialogue Tuesday with the largest Indigenous group leading the protest following an attack by demonstrators that killed one military officer and wounded 12 others who were escorting a fuel convoy in the Amazon.

The Confederation of Indigenous Nationalities has been leading a strike for more than two weeks to call for a decrease in the price of fuel along with other demands, including a bigger health and education budget.

Negotiations were called off a day after the protesters and government officials sat down to talk for the first time since the strike started.

The Argentina protest stands apart from other similar demonstrations in the region because it has more to do with shortages rather than high prices as there are problems obtaining diesel in 23 of Argentina’s 24 provinces, according to the federation of truckers.

But truckers also contend the shortage is leading to price hikes.

“They charge whatever they want for the little diesel there is,” Roberto Arce, a 49-year-old truck driver who was at the protest Tuesday, said.

Argentina’s government has vowed that the supply problems will end soon. Transportation Minister Alexis Guerrera said in a local radio interview Saturday that things should be back to normal “within the next 15 or 20 days.”

Argentina tightly controls prices at the pump and relies on imports for around one-quarter of its diesel consumption.

State-controlled oil company YPF, which is Argentina’s largest producer and refiner, said Monday it would import 10 cargoes of diesel within the next 45 days to help ameliorate the shortage.

Argentina’s fuel production has failed to keep up with demand, creating a bottleneck at a key time for the country’s crop harvest as the agricultural sector and truckers used to transport production to port mostly rely on diesel for fuel.

Argentina’s diesel sales increased 16% in the 12 months ending in April, while production increased less than half that amount at 7%, according to a recent report by the Argentine Energy Institute.

In Peru, truckers continued with their protests for a second day on Tuesday, saying that current fuel prices, tied with general inflation, are making it difficult for them to make ends meet.

“The substance of our demands lies in the impossibility of transferring the frequent diesel increases to our clients,” Luis Marcos, a leader of the truckers, told a local radio station.
#COVID-19  #Covid
Add Comment