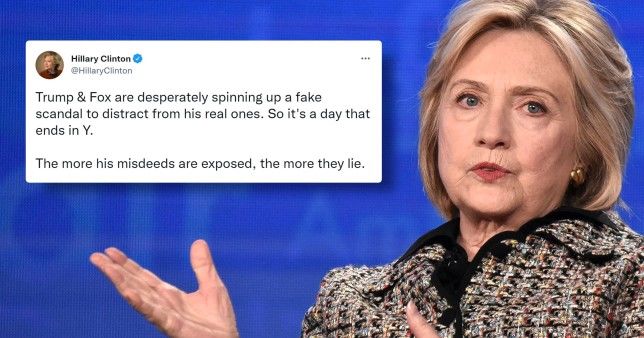 Former presidential candidate Hillary Clinton has finally responded to reports that she spied on ex-President Donald Trump, calling it a ‘fake scandal’ fabricated by him and Fox News.

The former president and his allies have argued that a recent court filing by special counsel John Durham provides evidence that Clinton spied on Trump after the 2016 election.

‘Trump & Fox are desperately spinning up a fake scandal to distract from his real ones. So it’s a day that ends in Y,’ Clinton tweeted on Wednesday afternoon. ‘The more his misdeeds are exposed, the more they lie.’

Clinton added that ‘for those interested in reality, here’s a good debunking of their latest nonsense’. She shared a Vanity Fair story with the headline, You’ll Never Believe It But Hillary Clinton Did Not, In Fact, Spy On Trump’s White House. 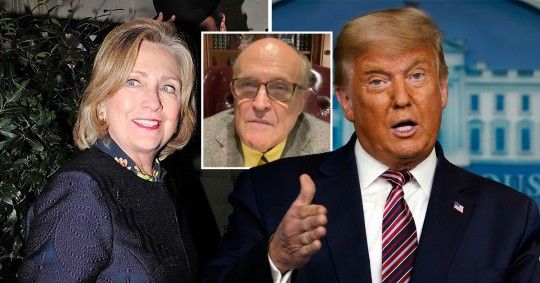 Some right-wing media have covered claims that the filing proves Clinton’s election campaign paid a tech firm to ‘infiltrate’ servers at Trump Tower and the White House to link Trump to Russia, which is accused of interfering in the 2016 election.

Trump on Saturday stated that Durham, who probed the inquiry into Russian election meddling, uncovered ‘indisputable evidence that my campaign and presidency were spied on by operatives paid by the Hillary Clinton Campaign in an effort to develop a completely fabricated connection to Russia’.

The former president called it a ‘scandal far greater in scope and magnitude than Watergate’ and said that those who were involved ‘should be subject to criminal prosecution’. The ‘crime would have been punishable by death’ in a ‘stronger period of time in our country’, Trump added.

Vanity Fair on Tuesday wrote that Clinton spying on Trump ‘would be a big flipping deal’ with ‘major consequences’ and would grip the world.

‘A former candidate for office spying on the president? In the White House? That would be crazy! And you’re right—it would be crazy if something like that had actually happened,’ Vanity Fair wrote.

‘Which it didn’t, though unfortunately for reason, logic, and the concept of the truth, Donald Trump, Fox News, and various other deranged conservatives cannot be convinced of that.’

The publication concluded that Durham ‘nor anyone else for that matter had actually provided evidence of any such crime, let alone even suggested it’.

Meanwhile, Trump’s former personal lawyer Rudy Giuliani on Tuesday claimed he has evidence to prove that Clinton spied on the 45th president.

‘I can’t tell you exactly how, but I know how (Trump) knew about it back then. There’s a lot more to come out,’ Giuliani said on Newsmax TV.

Giuliani even disclosed where the alleged evidence is located.

‘I happen to have it in my bedroom, or my den, actually,’ he said. ‘I’ve had it there for years.’