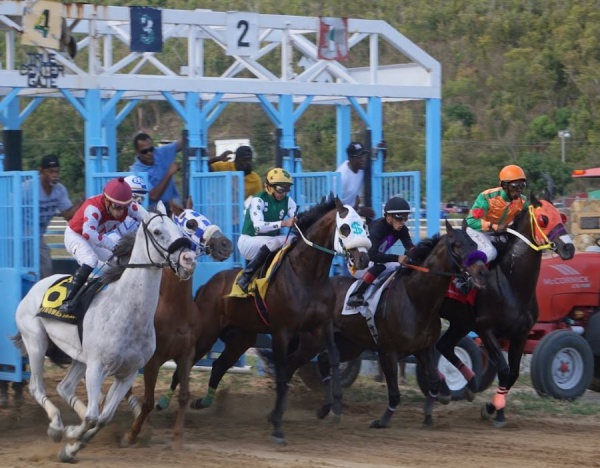 Horseracing back on this Sunday with seven races!

The event, labelled the Pre-Valentine’s Day Races, is the third attempt by the BVI Horse Owners Association to host the Boxing Day races that were first cancelled on December 26 last year due to inclement weather.

The second attempt was on January 19, but the event again had to be scrapped due to the poor weather.

Speaking to BVI News on Friday, the association’s President Lesmore Smith said: “We are hoping for fair weather on Sunday so we could conclude on our honouring Mr Rymer as we promised at the ending of the year.”

In the meantime, Smith said patrons can expect a full race card on Sunday.

“We will have seven races. We added the other two races to fill up the card to make it a full card race. Those are the two races that we ran (on Boxing Day) that we are bringing back,” he stated.

He further said that the winners in the aforementioned races will receive another prize, which will be sponsored by the St Thomas Horse Owners Association.

Smith then called on members of the public to come out in their numbers to support the sport.

“We are asking the public to come out and enjoy themselves and support us as we look forward to a day of excitement,” he stated, adding that tents will be placed in strategic locations to assist with shade.

Centenarian and former horseman William Rymer from Cane Garden Bay will be honoured.

Notably, Smith said there would be no taxes waived for the US Virgin Islands as he was unable to meet with officials to discuss the proposal due to personal commitments.