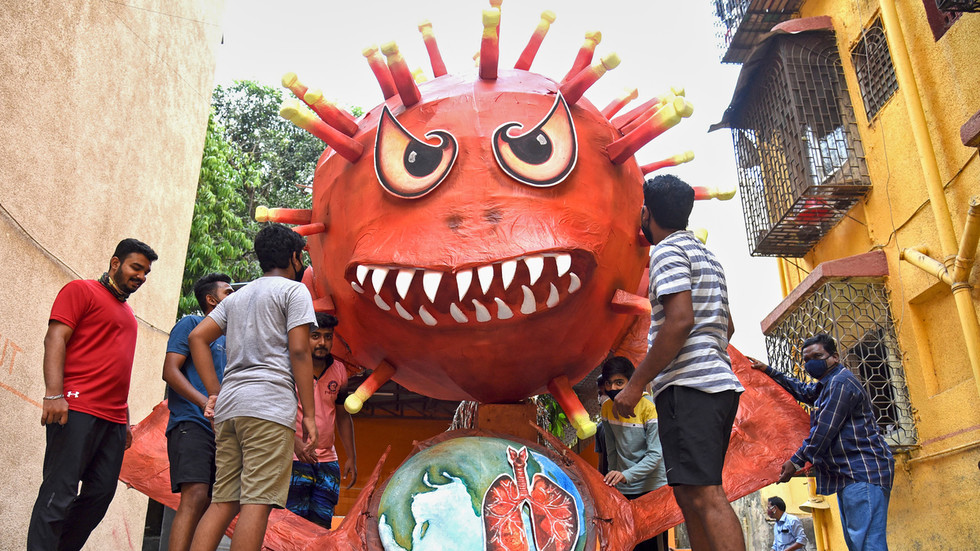 I’m a doctor, but Covid’s broken my faith in medical research. I can’t believe anything I read or accept any mainstream facts

Those of us who put forward an alternative view to the prevailing orthodoxy on the virus or on vaccinations are being vilified, threatened and cancelled. This is not how science, or a functioning democracy, works.
I haven’t written for a while, sorry. Instead, I have been sorting out two complaints about my writing made to the General Medical Council (GMC). Also, a complaint from NHS England, and two irate phone calls from other doctors, informing me I shouldn’t make any negative comments about vaccines.

For those in other countries, or who don’t know about such things, doctors in the UK are ruled by many different organisations, all of whom feel able to make judgement and hand down various sanctions. The deadliest of them, the Spanish Inquisition if you like, is the GMC, who can strike you off the medical register and stop you working as a doctor. They have great power, with no oversight.

Prior to this, I had been phoned by, and attacked by, two journalists and a couple of fact-checking organisations that have sprung up which can decide your guilt or innocence with regard to any information about Covid-19. Of course, no one can check the fact-checkers. They are the self-appointed guardians of ‘truth’. Quis custodiet ipsos custodes – indeed. Who does guard the guardians?

In truth they have not scared me off, just greatly annoyed me. The problem is that if they really decide to hunt you down, then you are wiped from the system. Dr. Joseph Mercola, the American alternative medicine proponent, is, for example, having to remove information from his site in great haste. Once wiped from the internet, it becomes very difficult for anyone to read anything you write or listen to anything you say. It is a major problem if this is how one makes a living.

I was removed from Wikipedia a couple of years ago, but I do have a couple of insulting pages on Rational W to take their place. Edited and controlled by – who knows?

I think it is the extreme wing of the vegan party who decided to wipe me from Wikipedia and write the Rational W slights. I say this because a large number of other people I know who are critical of the diet-heart hypothesis, those who dared to suggest that eating animal products is perfectly healthy, were also obliterated from Wikipedia at pretty much the same time.

I did rather like the idea of Wikipedia when it started, but it has been taken over by people, some may say zealots, with their own agendas. This is particularly true of a few scientific areas I am particularly interested in. Diet, heart disease and Covid-19.

Frustratingly, there is nothing you can do if Wikipedia decides to wipe you out. There is no appeal. Those who have gained the power to edit Wikipedia are answerable to no one. They rule their little empires with absolute power. They are, of course, exactly the sort of people who should have absolutely nothing whatsoever to do with science. Their minds were made up years ago. They have agendas, they are the anti-science, anti-scientist brigade.

The main purpose of science is to question and attack. To subject ideas to the greatest scrutiny. Those who decide to shut down and stifle debate – whatever they may believe themselves to be doing – are, in fact, traitors to the cause of science. Stranglers of the enlightenment, assassins of progress.

They are not alone, and things have gotten far worse in the past year or so. Science has taken a terrible battering during Covid-19, though I have always known that dissent against a widely held scientific hypothesis is difficult.

Just trying to get published is a nightmare. The peer-review system is one of the many weapons used against innovative thinking. ‘Let’s see what the current experts think of this new idea which threatens to overturn everything they have researched and taught over the last 30 years, and have built their reputations on… I wonder if they will like it and approve it?’

Experts certainly create a formidable barrier to change. As described by David Sackett, a founding father of evidence-based medicine, in his article, ‘The sins of expertness and a proposal for redemption’:

"… It then dawned on me that experts like me commit two sins that retard the advance of science and harm the young. Firstly, adding our prestige to our opinions gives the latter far greater persuasive power than they deserve on scientific grounds alone. Whether through deference, fear, or respect, others tend not to challenge them, and progress towards the truth is impaired in the presence of an expert.

“The second sin of expertness is committed on grant applications and manuscripts that challenge the current expert consensus. Reviewers face the unavoidable temptation to accept or reject new evidence and ideas, not on the basis of their scientific merit, but on the extent to which they agree or disagree with the public positions taken by experts on these matters.”

“But there are still far more experts around than is healthy for the advancement of science. Because their voluntary retirement does not seem to be any more frequent in 2000 than it was in 1980, I repeat my proposal that the retirement of experts be made compulsory at the point of their academic promotion and tenure.”

Expertise is great. ‘Experts’… well, that is a completely different matter. We certainly have a few formidable ones kicking about with Covid-19. In the UK, we have the great and good of the SAGE committee made up of – who knows? – and chosen for whatever reasons. They wield enormous power, and never disagree on anything. In the US, we have Fauci and the CDC. Ditto.

In the background we have the World Health Organisation (WHO)… who can tell you what way the wind is blowing if nothing else. They remind me of Groucho Marx’s famous comment. "These are my principles. And you if you don’t like them… I have others." However, we at the WHO would like to make it clear that nothing about Covid-19 has anything to do with China, in any way. Can we have more money please?

Anyway, where are we with this virus, and with science?

In my opinion, Covid-19 succeeded in breaking my last vestiges of faith in medical scientific research. I cannot believe anything I read. I accept no mainstream facts or figures.

We are told such utter nonsense. For example, the ‘fact’ that vaccination protects against Covid-19 more effectively than having had the disease itself… This is just utter nonsense.

Yet, no one seems remotely bothered by any of this nonsense. The public seems to lap it up, and attack anyone who questions the current narrative. I feel that I am clinging onto a dying religion. The religion of Francis Bacon and the Enlightenment, as set out here:

"Baconian method, methodical observation of facts as a means of studying and interpreting natural phenomena. This essentially empirical method was formulated early in the 17th century by Francis Bacon, an English philosopher, as a scientific substitute for the prevailing systems of thought, which, to his mind, relied all too often on fanciful guessing and the mere citing of authorities to establish truths of science.

“After first dismissing all prejudices and preconceptions, Bacon’s method, as explained in Novum Organum (1620; ‘New Instrument’), consisted of three main steps: first, a description of facts; second, a tabulation, or classification, of those facts into three categories – instances of the presence of the characteristic under investigation, instances of its absence, or instances of its presence in varying degrees; third, the rejection of whatever appears, in the light of these tables, not to be connected with the phenomenon under investigation and the determination of what is connected with it."

This way of thinking, it seems, lasted from 1620 to 2020. 400 years of immense scientific progress. The age of enlightenment. We are moving back to the prevailing systems of thought… to fanciful guessing and the mere citing of authorities to establish truths of science.