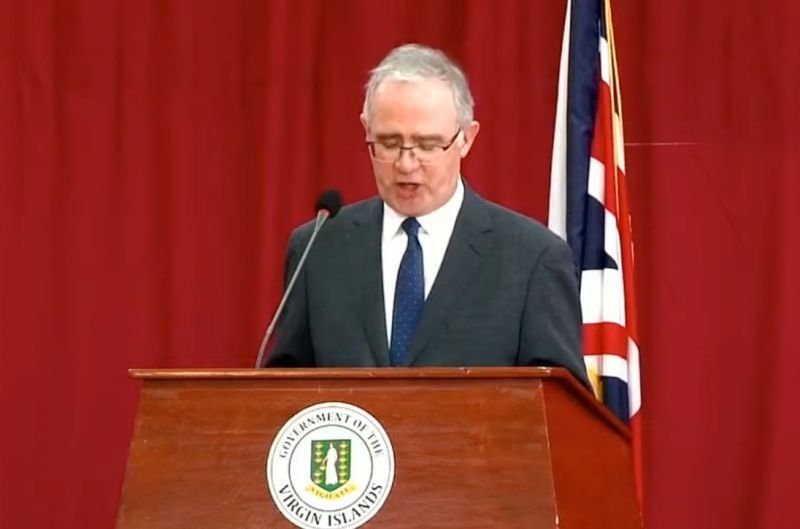 Newly appointed Governor of the Virgin Islands (VI), His Excellency John J. Rankin, CMG, says in an effort to learn about the people and culture of the territory (VI) he will be in ‘listening mode’ for the next few weeks and beyond.

The Governor made the statements during his maiden speech as Governor of the Virgin Islands (VI), at the official swearing in ceremony at the Save the Seed Energy Center in Duff’s Bottom, Tortola, on Friday, January 29, 2021.

“As you will be aware, I have spent the past two weeks in quarantine, so although I have been present, looking out over Road Harbour, I have not so far been able to get to know these islands and communities as much as I would have wished,” Governor Rankin Said.

Having served as Governor of Bermuda until December 2021, the new Governor revealed that even as he has previous experience in the role of Governor, no two territories are alike.

“I am keenly aware that no two Territories are the same and so for my next few weeks and beyond, I will be in ‘listening mode’ learning and understanding as much as possible about the people, history and unique culture of the Virgin Islands. I firmly believe that to serve a people, one must know the people,“ he said.

The Governor revealed that he first visited the Virgin Islands during the devastation caused by Hurricane Irma and Maria of 2017, which familiarised him with the strength, compassion and integrity of the local people. 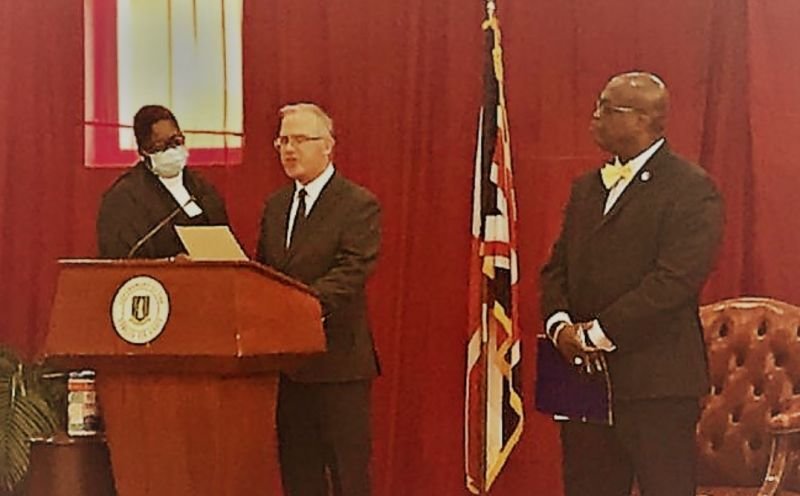 In a short ceremony that officially commenced at 13:00pm on Friday, January 29, 2021, His Excellency John J. Rankin was sworn in as the 14th UK appointed Governor of the Territory. Photo: Governor's Office.

“Returning three years later and seeing how far things have come, I can tell that determination and resilience are also strong traits in these islands.

"I look forward to drawing more on these strengths during my tenure as Governor and will do my best to help this Territory keep moving forward,” he declared while vowing to work with the local Government of Premier Andrew A. Fahie (R1).

Further, Governor Rankin promised to nurture the bond between the United Kingdom and the Virgin Islands, so the two can flourish and deliver benefits to the people of the territory for as long as the VI desires.