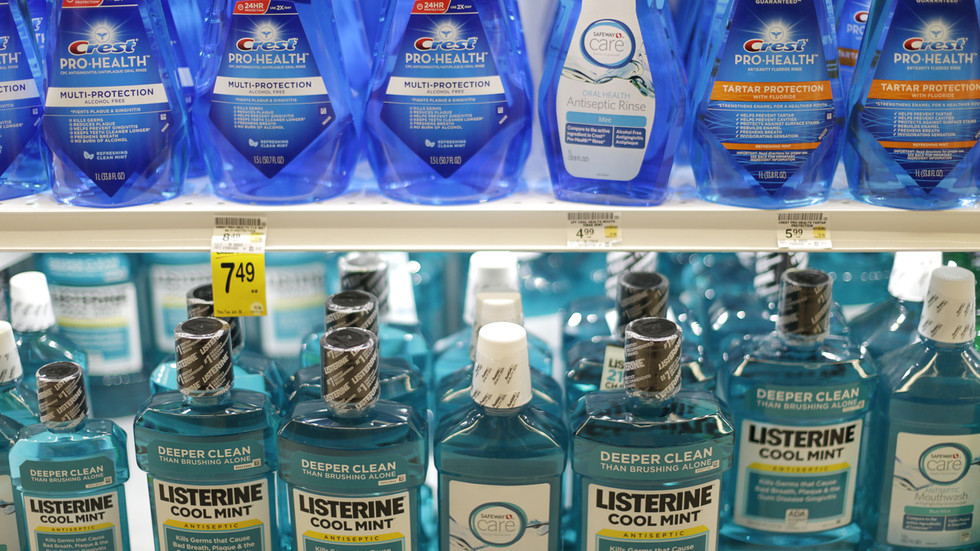 Some common mouthwash brands can reduce viral loads in saliva, promising a new way to curb Covid-19 spread, UK scientists say. The hopeful message was met with a wave of mockery online from those apparently feeling lockdown-weary.

A preprinted Cardiff University paper published last week details researchers' findings on how well various products work to destroy viral lipid membranes. The idea is that an infected person could become at least temporarily less of a risk to others by rinsing and gargling to reduce the viral load in their saliva. Tiny droplets produced during coughing or even simply breathing is how scientists believe Covid-19 mainly proliferates.

Pushing down infection rates is crucial to stop the pandemic, and Cardiff University researchers believe that the use of mouthwash is an under-explored way of doing this. The research was done in a lab rather than on actual people. So it remains unclear if, say, Listerine Advanced, which proved to be effective in vitro, could undercut the virus, even if everybody uses it.

Needless to say, not everyone took the news with enthusiasm. Apparently tired with the restrictive government response to Covid-19, many responded with sarcasm and frustration.

Some suggested there were better substances to put in one's month that have the same antiviral effect – like good old whisky or a cold pint – and lamented that doing so at a pub is currently not an option.

Other commenters eyed the news with suspicion, seeing the study as a kind of stealth commercial for Johnson & Johnson.

There were also quite a few suggestions for intravenous use of Listerine, likely inspired by Donald Trump. In April, the US president mused on how scientists should find something to kill coronavirus in the body the way disinfectants and ultraviolet do on a surface. His remarks were interpreted by critics as advocating bleach injections.

For the record, the study said "ethanol alone at <23 % had no effect on virus infectivity," so while a mouthful of lager may be good for your mood, it isn't as good for reducing a viral load. But there are non-alcoholic drinks that can do the trick, according to a fresh German study. Black chokeberry juice, pomegranate juice and green tea have proven effective in killing SARS-CoV-2 and other viruses in saliva, scientists at the University of Ulm said. It too was done in vitro, so the same caveats apply.