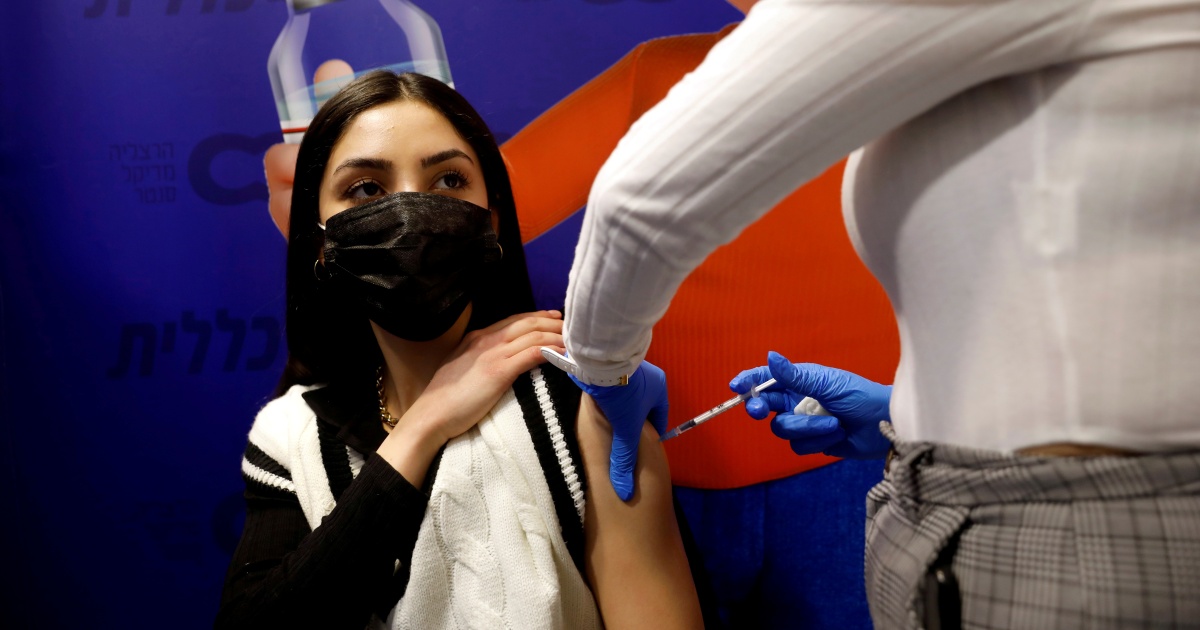 With a clear decline in the number of serious COVID-19 cases and confirmed infections, it is a ‘good time’ to scrap the vaccine proof requirement, Naftali Bennett says.

Israeli Prime Minister Naftali Bennett has announced the requirement to show proof of coronavirus vaccination to enter various sites will soon end as the wave of infections wanes.

Israel had been an early trailblazer of a national vaccine rollout and among the first countries to demand a vaccination certificate, which it called the green pass, to enter a range of facilities.

Bennett said on Thursday with a clear decline in the numbers of serious COVID-19 cases and confirmed infections, it was a “good time” to scrap the vaccine proof requirement.

“We will stop using the green pass,” Bennett said.

The green pass has been a fixture in Israeli life for much of the past year, a requirement to enter bars, restaurants, hotels, gyms and houses of worship, among other sites.

While the country did not see large-scale anti-vaccination protests that affected many other countries, there have been occasional demonstrations and signs of widening frustration.

‘The first to act’

Thousands of Israelis streamed into Jerusalem from across the country on Monday in a “freedom convoy” against coronavirus restrictions that mirrored similar traffic-blocking protests in Canada and around the world.

The demonstrators blared their car horns and waved Canadian and Israeli flags as they made their way towards the seat of Israel’s government.

Since taking office in June last year, Bennett has promised to put the health of Israel’s economy at the forefront of his pandemic response, insisting he would not stifle business with draconian restrictions.

His government had earlier this month started to roll back the green pass requirement by limiting the sites where it was mandatory.

Days after the Omicron variant was first detected, Bennett ordered the shutdown of virtually all travel, saying the country needed to prepare for the coming wave.

“We were the first to act and close the skies with the onset of the wave. Now we are gradually releasing the limitations,” the prime minister said in a statement.

The infection rate has now declined drastically, with this week daily numbers falling below 30,000.

Oh ya 286 days ago
One of the most jabbed countries in the world and one with very high daily infections, are you putting 2 and 2 together yet. Just wait until the heart problems and cancer kick into high gear. It will be fun to hear his excuse for that.
View all comments (1)Add comment