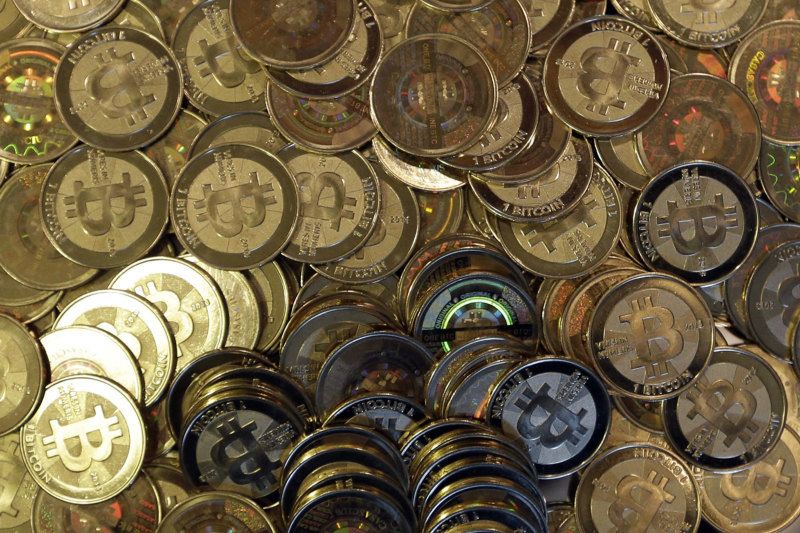 The world’s biggest cryptocurrency plunged as much as 15 per cent just days after reaching a record. It was lower by 9 per cent to $US55,323 in early morning trade on Sunday in New York. Ether, the second-biggest, dropped as much as 18 per cent to below $US2000 before paring losses. Binance Coin, XRP and Cardano each lost more than 12 per cent. Dogecoin, the token started as a joke, was the only gainer among the 10 largest coins.

The weekend carnage came after a heady week for the industry that saw the value of of all coins surge past $US2.25 trillion amid a frenzy of demand for all things crypto in the runup to Coinbase’s direct listing on Wednesday. The largest US crypto exchange ended the week valued at $US68 billion, more than the owner of the New York Stock Exchange.

“With hindsight it was inevitable,” Galaxy Digital founder Michael Novogratz said in a tweet on Sunday. “Markets got too excited around $USCoin direct listing. Basis blowing out, coins like $USBSV, $USXRP and $USDOGE pumping. All were signs that the market got too one way.”

Dogecoin, which has limited use and no fundamentals, rallied last week to be worth more than $US50 billion at one point before stumbling on Saturday. Demand was so brisk for the token that investors trying to trade it on Robinhood crashed the site a few times on Friday, the online exchange said in a blog post.

There was also speculation on Sunday in several online reports that the plunge was related to concerns the US Treasury may crack down on money laundering that’s carried out through digital assets.

“The crypto world is waking up with a bit of a sore head today,” said Antoni Trenchev, co-founder of crypto lender Nexo. “Dogecoin’s 100 per cent Friday rally was ‘peak party,’ after the bitcoin record and Coinbase listing earlier in the week. Euphoria was in the air. And usually in the crypto world, there’s a price to pay when that happens.”

Besides the “unsubstantiated” report of a US Treasury crackdown, Trenchev said factors for the declines may have included “excess leverage, Coinbase insiders dumping equity after the direct listing and a mass outage in China’s Xinjiang province hitting bitcoin miners.”

Growing mainstream acceptance of cryptocurrencies has spurred bitcoin’s rally, as well as lifting other tokens to record highs. Interest in crypto went on the rise again after companies from PayPal to Square started enabling transactions in bitcoin on their systems, and Wall Street firms like Morgan Stanley began providing access to the tokens to some of the wealthiest clients. That’s despite lingering concerns over their volatility and usefulness as a method of payment.

Governments are inspecting risks around the sector more closely as the investor base widens.

Turkey’s central bank banned the use of cryptocurrencies as a form of payment from April 30, saying the level of anonymity behind the digital tokens brings the risk of “non-recoverable” losses. India will propose a law that bans cryptocurrencies and fines anyone trading or holding such assets, Reuters reported in March, citing an unidentified senior government official with direct knowledge of the plan.

Crypto firms are beefing up their top ranks to shape the emerging regulatory environment and tackle lingering scepticism about digital tokens. bitcoin’s most ardent proponents see it as a modern-day store of value and inflation hedge, while others fear a speculative bubble is building.