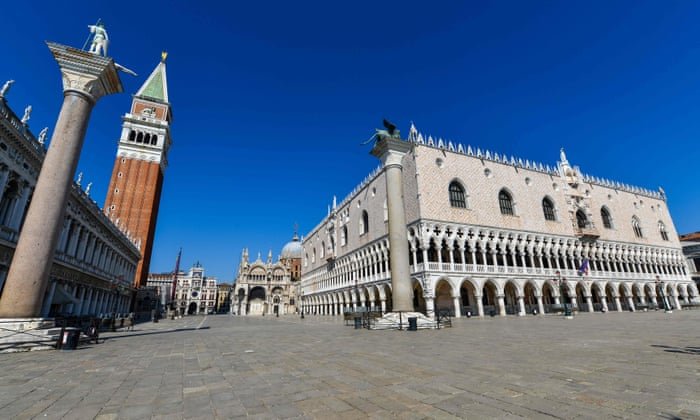 Minority continue to flout decree as nation records biggest daily rise in coronavirus deaths
Italian authorities have pressed charges against more than 40,000 people for violating the lockdown imposed to contain the coronavirus, according to figures from the interior ministry.

While millions of Italians have been staying at home since 9 March, when the prime minister, Giuseppe Conte, imposed a national quarantine, a minority of the population have violated rules requiring citizens to venture out only if strictly necessary, such as for work, health-related reasons or grocery shopping.

Italy reported its biggest daily rise in deaths on Wednesday, with 475 new fatalities. The country now has 35,713 cases – approaching half the total for China, which stands at 81,102.

Police stopped and checked 700,000 citizens between 11 and 17 March, 43,000 of whom were found to have violated the decree, which also ordered the closing of shops, bars, restaurants, gyms and swimming pools.

One of the most serious cases happened in Sciacca, Sicily, when a man who had tested positive for Covid-19 was discovered by police while out shopping, despite the strict order to self-isolate at home. Prosecutors opened an investigation and accused the man of “aiding the epidemic”. If convicted, he could face up to 12 years in prison.

On 10 March a 30-year-old man was stopped by the police in Turin at 2.30am while soliciting a sex worker.

Police near Venice pressed charges against a priest because he was officiating at a funeral. Another priest was reported for the same reason in Torre Annunziata in Campania, together with relatives of the deceased. Funeral services are banned under the decree.

The prosecutor’s office in Aosta, in north-west Italy, opened an investigation against a man for “aggravated attempt to spread the epidemic” because he had not informed his doctors of suspected coronavirus symptoms before undergoing plastic surgery on his nose. The man subsequently tested positive for Covid-19.

Thousands of Italians on social media have been complaining about the presence of people on the streets in their neighbourhoods, since the decree allows people to move outside for a limited time close to home.

“The problem is that the governmental decree does not explicitly prohibit movement in public unless a person has tested positive for the virus or has come into contact with someone who is infected,” said Salvatore Vella, the district attorney of Agrigento in south-west Sicily.

“If the decree had been more explicit, it would have granted prosecutors the ability to apply the law more clearly and would have given citizens a strong incentive not to break the law.”

Many of those accused of violating the lockdown have justified their behaviour based on such ambiguities in the decree, claiming not to have understood the restrictions.

Vella said prosecutors were looking at other measures to use against those who broke the quarantine. “We are studying the possibility of applying a regulation passed in 1934 to combat the spread of cholera, which includes arrest for anyone who doesn’t take measures to stop the spread of an infective disease,” he said. “In recent days we’ve received about 40 complaints. There were some who claimed to have violated the lockdown because the epidemic is only fake news, while others took to the street following a domestic dispute.”

Tullio Prestileo, a doctor of infectious diseases at the Benefratelli hospital in Palermo, said relations within households were forcing some people out. “The problem is that there are specific cases of people with conflictual relationships in their families and who are forced to stay home,” he said.

“Of course, there are also irresponsible people, those who could not care less about collective health. We have no information on these people. We don’t know if they’ve been infected. They risk jeopardising our combined efforts because they don’t understand that their personal health depends on the health of everyone else. They don’t realise that if they get sick, they’ll lose their personal freedom and risk being hospitalised for weeks.”

Violations have spurred mayors across the country to issue particularly pointed messages to try to convince people to stay home. Last week the mayor of Bari, Antonio Decaro, personally told people in a public park to leave immediately and return to their homes.

“I hear it’ll all be OK. But how can that be if every day we continue to leave our homes to do our grocery shopping, fill up our cars or go for a run?”, said Gianfilippo Bancheri, the mayor of Delia, a small village in central Sicily, in a live Facebook announcement. “Sunday there were people having parties, barbecues. Are they serious? That’s how you transmit the disease! Apparently, some people still cannot engage their brain.” 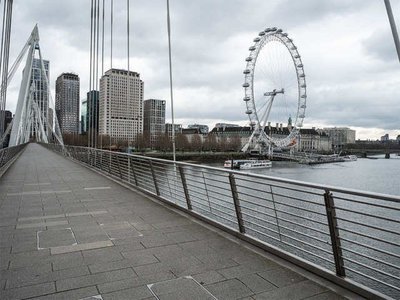 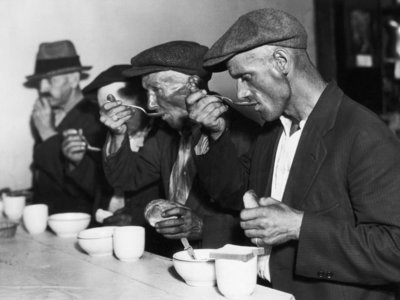