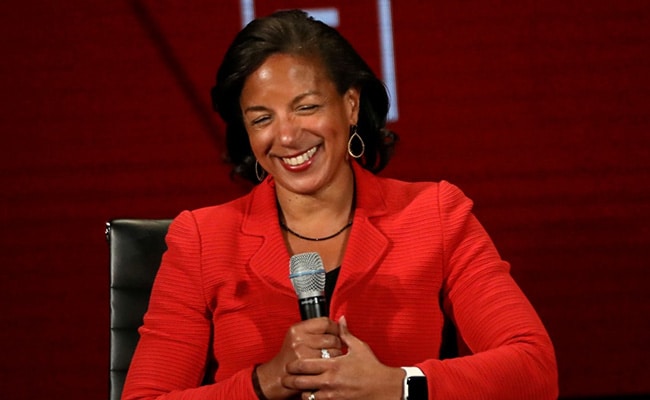 The choice of Susan Rice, 56, as Biden's top domestic policy adviser came as somewhat of a surprise given her extensive background in foreign policy.
US President-elect Joe Biden chose Susan Rice, who was national security adviser to former President Barack Obama, on Thursday to lead the White House's domestic policy council as part of a flurry of appointments to his developing administration.

The choice of Rice, 56, as Biden's top domestic policy adviser came as somewhat of a surprise given her extensive background in foreign policy. Besides her role as Obama's national security adviser, she earlier served as his ambassador to the United Nations. She was a contender earlier this year to be Biden's running mate.

Vilsack, 69, served as USDA secretary under Obama for eight years and as Iowa governor from 1999 to 2007 and is seen by establishment Democrats as a sound choice, largely because of his moderate politics and longstanding relationships with large-scale farmers.

But his congressional confirmation is expected to face headwinds from progressive Democrats. Critics argue Vilsack is cozy with corporate agribusiness and top lobbying groups such as the American Farm Bureau Federation and the US Dairy Export Council, where he is currently the chief executive officer. He had been a staunch early backer of Biden's presidential bid.
#Joe Biden
Add Comment