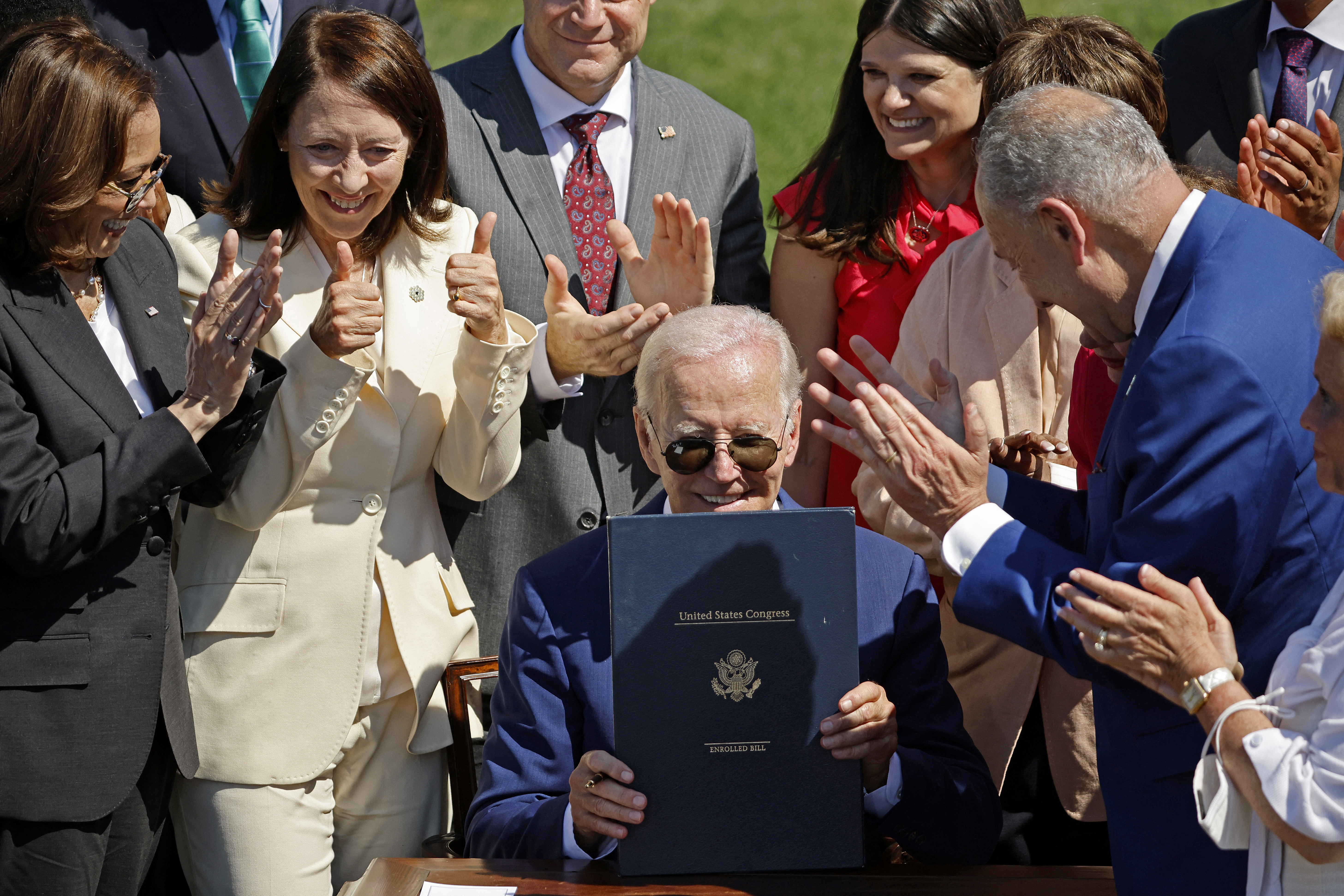 The Chips and Science Act includes around $52 billion to promote production of microchips, the tiny but powerful and relatively hard-to-make components at the heart of almost every modern piece of machinery.
President Joe Biden signed into law Tuesday a multibillion dollar bill boosting domestic semiconductor and other high-tech manufacturing sectors that US leaders fear risk being dominated by rival China.

The Chips and Science Act includes around $52 billion to promote production of microchips, the tiny but powerful and relatively hard-to-make components at the heart of almost every modern piece of machinery.

Tens of billions of dollars more are allocated for scientific research and development.

The White House says the government commitment to bolstering high-tech industries is already drawing in large-scale private investors, with some $50 billion in new semiconductor investment alone. The lion's share of that is a plan announced by US firm Micron to put $40 billion into domestic expansion by 2030.

Biden said at a White House speech that the cash injection from the Chips Act will help "win the economic competition in the 21st century."

Entrepreneurs are "the reason why I'm so optimistic about the future of our country," he said, and "the Chips and Science Act supercharges our efforts to make semiconductors here in America."

One of the Democrat's key themes since he took office has been the need to revamp US leadership in cutting-edge innovation and rebuild the homegrown industrial base in the face of China's mammoth state-backed investments.

Semiconductors are of particular concern because they are vital to everything from washing machines to sophisticated weapons and nearly all are made abroad.

Although the semiconductor was invented in the United States, the country only produces around 10 percent of global supply, according to the White House, with some 75 percent of US supplies coming from east Asia.

Biden is also counting on the Chips Act to generate enthusiasm among voters, as his Democratic party tries to defend a thin congressional majority from a Republican takeover in this November's midterm elections.

He told Americans that studies show the expansion of factories will create around a million construction jobs over the next six years -- and these will be "union jobs" that pay "the prevailing wage."

On Wednesday, Biden will sign another bill increasing funding for military veterans exposed to toxins. Like the Chips bill, this won bipartisan support in the usually bitterly divided Congress.

Reflecting on the string of successes in Congress and the sudden momentum for his long stalled agenda, Biden predicted that "people will look back at this week and all we passed, and all we moved on, that we met the moment at this inflection point in history."

"We bet on ourselves, believed in ourselves and recaptured the story, the spirit and the soul of this nation," he said.
#Joe Biden
Add Comment