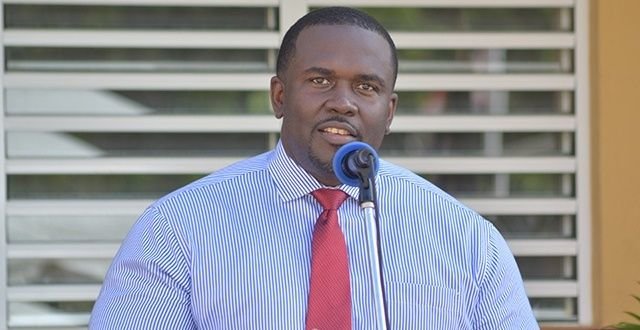 Leader of the Opposition, Hon. Marlon Penn says the Government lacks a clear, comprehensive and cohesive plan to address the two legs of the COVID-19 pandemic; health and safety, and economics.
Hon. Penn made the assertion in a press release to the media today, December 9 in response to the Premier’s December 7th LIVE briefing on the delayed reopening of the seaport hours before it should have opened.

Hon. Penn expressed that the constant false starts stem from this Administration's lack of planning and knee jerk, reactionary, decision-making. He noted that the postponement which was announced less than 12 hours prior to the reopening reflects poorly on BVI – as a destination and as a brand.

"This is a clear indication that we are not prepared and this damages our global image, which has taken a hit lately with many negative and damaging stories in the regional and international press and we must get our act together and improve our image," the Opposition Leader pointed out.

In the release, it was pointed out that members of the opposition have for months, opined that we must learn to coexist with COVID-19.

Earlier in May, advice was also presented by the Members to open the Territory in the slower months, August and September, to allow the requisite time to stress test all protocols and systems.

It is believed that this would allow the necessary adjustments to be made in a less demanding period versus opening in the heart of our tourist season where mistakes are more costly and more difficult to recoup.

The Leader of the Opposition said, “I acknowledge a lot of the ground work has been put in by the Government along with the many hard working Public Officers, however, there are many areas where we clearly have not gotten in right.”

He explained that the knee-jerk decisions continue to erode investor/business confidence locally and internationally, not to mention the demoralising effects they continue to have on business owners and their employees.

“What we are observing right now represents failure to present a workable plan that finds the right equilibrium to protect the lives of our citizens and the many Virgin Islands businesses and employees that depend so heavily on Tourism, businesses that are virtually on life support right now. The livelihood of these persons are at stake and they can ill-afford these false starts,” Penn noted.

Hon. Penn added, “My support and concern particularly goes out to the residents of the Sister Islands of Jost Van Dyke, Anegada and Virgin Gorda whose livelihoods are particularly wrapped up in Tourism. Some of whom based on this decision would have lost employment for an entire year – that is a year without a paycheck and the ability to provide for themselves and their families,” Penn continued.

Honourable Penn said, all members of the Opposition share the notion that lack of proper planning results in further financial strain on already cash strapped businesses (charter companies, ferry operators, etc.) as well as travellers who had already prepared for the December 8 opening only to learn less than 12 hours prior that plans have changed at the very last minute.

“Naturally, we will experience some negative impact, because the reality is that many of our guests make travel decisions based on cost and convenience, and more-so during this COVID-19 era - coupled with the fact that more than 75% of our guests travel through the USVI, we will see a huge impact on our arrival numbers especially because the period in question is our busiest time,” Hon. Penn said.

Adding that, “Businesses and the traveling community needs some certainty to function, this requires adequate planning on the part of Government. While we appreciate that there will be changes, these changes cannot come hours before the implementation of major decisions taken months earlier.”
#COVID-19  #Covid
Add Comment